It’s been a busy day in the pools of Auckland, and some teams had a great success. After the matches, we can tell Australia, The USA, China and Canada are slowly approaching the top four.

Canada were convincing winners against the top New Zealand side with 15-5 and the USA made short work of New Zealand’s second team. After the game, USA coach Adam Krikorian commented:

“It’s a slow process, We could’ve been better but it’s hard to meet the expectations of a coach. Our spatial awareness needs to be better. Even though we scored 24 goals we have to be better on the counter attack with our spacing,” Krikorian said.

China won the game against Japan with 11-7, and the strong host, Australia, beat Kazakhstan 10-3. Following their success, Australia captain Zoe Arancini reflected on the game:

“Considering last night’s game (when they beat the USA) today was pretty good. Our execution is a bit off today because of last night but we pushed through that and our defense was really good. We play New Zealand B tomorrow and that’s an opportunity to work on a few things and iron out some of the wrinkles.” Arancini said.

Below, you can see the current state of Women Inter-Continental Cup. 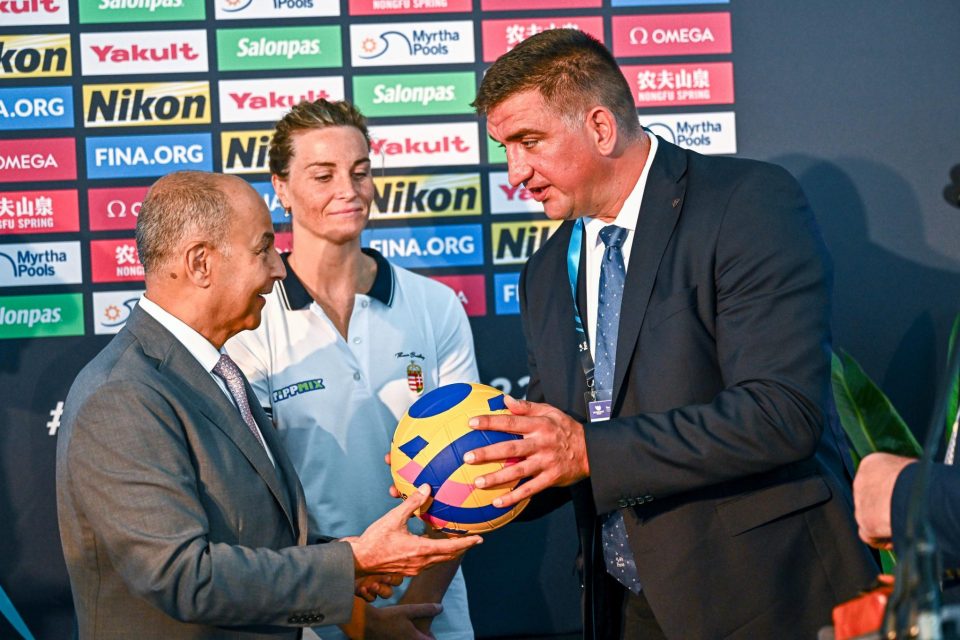 Tamas Molnar (R) with FINA President Husain Al Musallam at the press conference before the World Championships in Hungary Photo:waterpolo.hu/FB 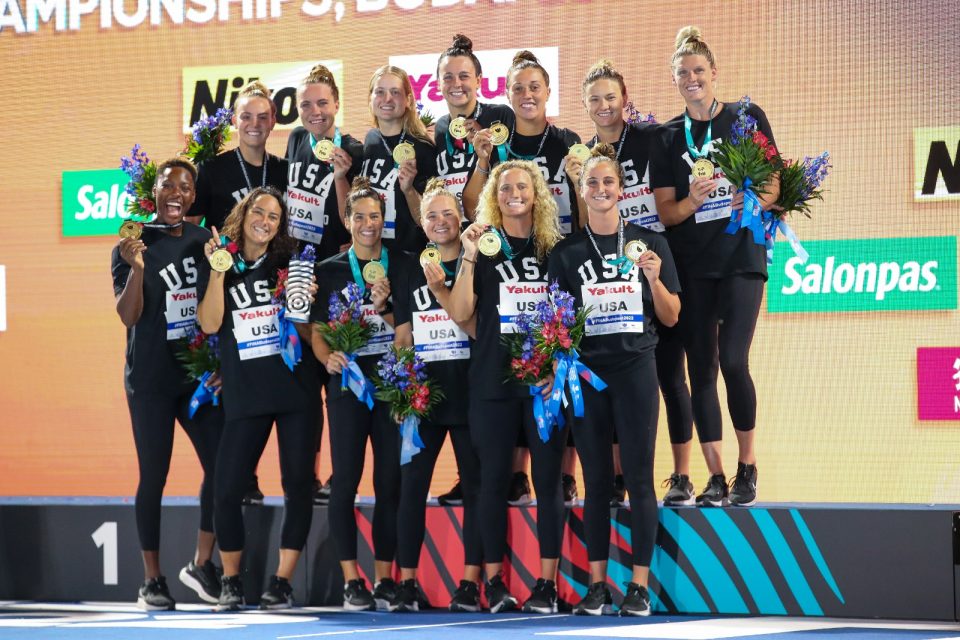