Young Spanish side fall in Florence against Italy 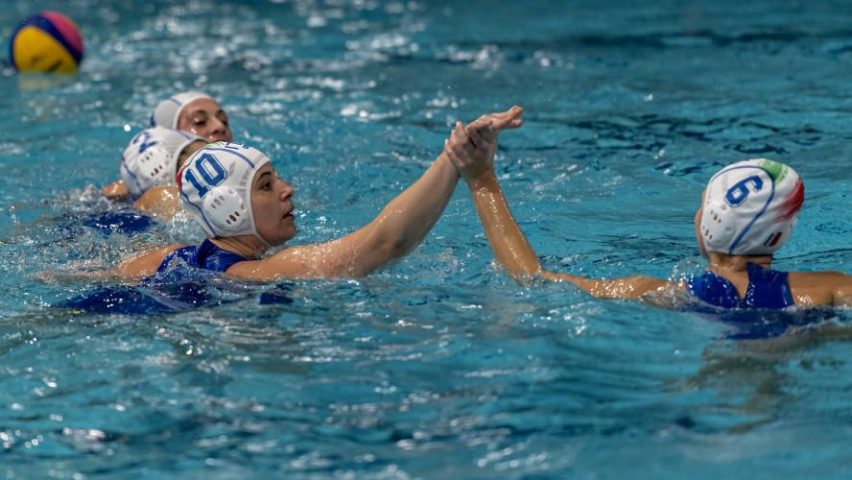 Italy have beaten Spain by 11 goals to 10 in a thrilling World League contest in which at one point they trailed by three goals in the third quarter.

It was Ekipe Orizzonte’s Claudia Marletta who led the way for the Setterosa with four important goals for her side, while her club team mate, Giulia Emmolo, pulled a brace.

It’s not condescending to say that this is a big win for this group of Italians, who have, after all, beaten the current Olympic silver medallists and lets not forget, that Italy did not make the Olympic Games in Tokyo, and felt they probably had a point to prove.

While some will point to the heavy rotation in the Spain squad being their downfall, Italy were also without some big names such as Roberta Biaconi (CSS Verona), Domitilla Picozzi and Luna Di Claudio (SIS Roma).

Given how sheepish Italy played against Russia a few weeks ago, there was a marked improvement tonight. They were well worth the win. The Italians were clinical, and the Spanish weren’t.

Spain will be disappointed not to win the game, but Miki Oca, the Spain Head Coach, has been very keen to give international debuts to several young players – 5 of which were included in the squad tonight; Jimenez, Nogue, Palacio, Ariadna Ruiz & Martina Terre. In front of goal, perhaps the international inexperience showed, as it was Anna Espar, rumoured to be on her way to Australia at the end of the season, who scored five goals, while Elena Ruiz, who is incredibly still one of the youngest players in the team, scored a quad.

Terrassa’s Paula Leiton Arrones, who has 26 this season so far, thought she had given her side a lead to take a one goal lead into the second period, but Chiara Tabani of SIS Roma, made it honours even at 4-4 on the buzzer from Christina Nogue’s exclusion.

With the score close at 4-4 after the first period, we were expecting much of the same in the 2nd. However, Annie Espar had very different ideas, netting a second quarter hat-trick, either side of a Ruiz Barril goal and a Guilia Viacava finish for the Italians. It was advantage to the visitors, with the score at 8-5 at half-time.

Finally, with two or so minutes left in the contest, Giuditta Galardi gave the Setterosa the lead for the first time in the match. She has hit 14 for her club, SIS Roma, in the Serie A this season, but none would have the reception that this finish did. And whilst Elena Ruiz levelled the score up to make it 9-9, there was no doubt that the Italians were in the ascendency going into the last.

And although the last period was not short on tension, it was lacking goals. Giulia Enrica Emmolo once again sent the Italian crowd into a frenzy – making it 10-9 from another Nogue exclusion, and while Ruiz Barril seemed to be able to pull her side back into the game time after time, there was nothing she could do with three minutes to go when Claudia Marletta scored what would be the winning goal of the game.

There was much time still for Spain to get something out of the game, but thanks to to some huge defensive efforts from Chiara Tabani, Giulia Viacava, Caterina Banchelli and Caterina Banchelli, who came into the sticks for the second half, the game belonged to the Italians.