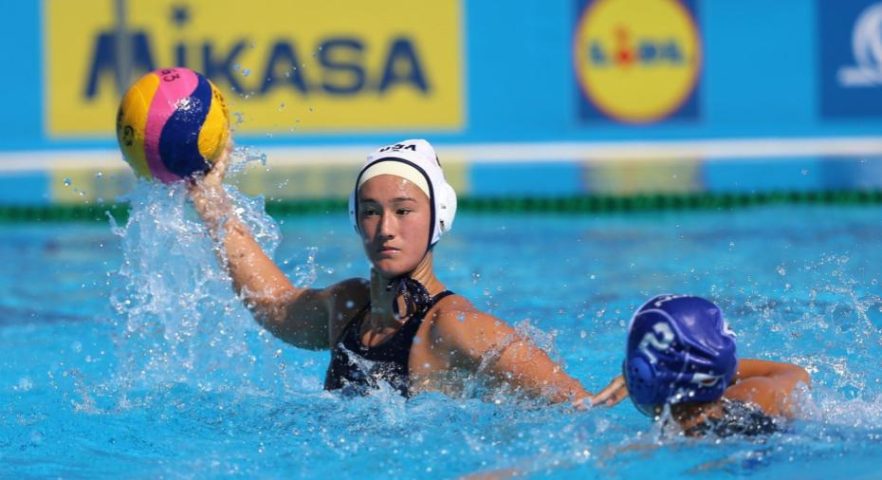 Today’s action at the World Youth Championships in Belgrade has come to an end, and many of the tournament favourites have once again won by huge margins. Tomorrow, many of them will compete for the all-important top seedings in their respective groups.

At the summit of Group A, Hungary and Italy are both unbeaten and untested as of yet, and they face off at 13:30 tomorrow.

In Group B, the United States and Greece will meet tomorrow in the early evening, having both made light work of Japan and Uzbekistan in the last 48 hours.

The Netherlands are out in front in Group C, winning both of their first two games. Australia can catch them if they win when they meet tomorrow. Canada, after being well-beaten by the Netherlands today, are slightly off the pace, but sit on top of South Africa.

Spain and New Zealand rule supreme in Group D, and it will be fascinating to see how the Kiwis fare against the reigning champions tomorrow. It has thus far been a miserable tournament for the hosts Serbia – they will be more than up for taking on their biggest of rivals Croatia tomorrow night.

All eyes will be on the fixture tomorrow between Italy and Hungary, as both teams ravaged their opponents today.

Hungary very nearly kept a clean sheet in their game against Kazakhstan, but a gorgeous shot off the underside of the bar from Olga Vorontsova spared the blushes of Marat Naurazbekov.

UVSE’s hugely talented 16-year-old Kata Hajdu scored five more times today, taking her tally to 11 in Belgrade. Two of her club colleagues were also intimately involved in the goal scoring, with both Zoe Lendvay and Panni Szegedi netting three each.

The penultimate game of the day was a turkey shoot (literally) with Italy putting 35 goals past Turkiye. Aside from the triple hat-tricks scored by Aurora Longo and Lavinia Papi, Morena Leone netted five, Emma De March converted four, and Guya Zizza with a trio of scores.

Greece will be looking forward to facing the United States tomorrow, as both teams will face off for the top spot in Group B.

Firstly, the United States made it two from two with a comprehensive 23-2 victory over Japan. Emily Ausmus (SOCAL) followed up her five goals from yesterday with another five scores. Julia Bonaguidi also mirrored her goal tally from yesterday (4), alongside four goals from incoming Stanford attacker Jenna Flynn. 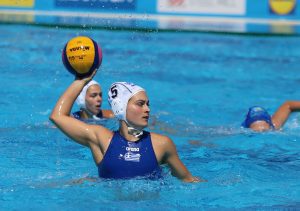 Meanwhile, in the game immediately after, Greece held off Uzbekistan, courtesy of six goals from Sofia Tornarou with the player of Olympiacos taking her goal haul to eleven in two games. Stefania Santa scored four of the five shots she took in the game.

Uzbekistan actually played a very respectable match, but were beaten by the better side. The Uzbeks may have also found a new goal scoring master in the form of their goalkeeper, Valeriya Konovalova, who once again scored when joining the attack in the third with a spectacular finish from distance.

The top team in Group C will be settled tomorrow, as the Netherlands and Australia go head to head. Both teams are without defeat, and both teams had fairly straight-forward fixtures today.

Five goals apiece for Noa De Vries and Lola Moolhuijzen helped the Netherlands on their way to a significant 18-8 victory over Canada.

While many expected a close contest, the Dutch stormed ahead in the first quarter, taking a 6-0 lead inside five minutes (De Vries 3, Moolhuijzen 2, Den Ouden).

The Canadians did settle slightly for the rest of the first half, but the damage had been already done. A hat-trick to add to the eight goals yesterday for Serena Browne was not enough to make up the necessary ground. Further scores from Roijen, Jutte, Van der Geijn and Slot keeps the Dutch goal difference healthy. 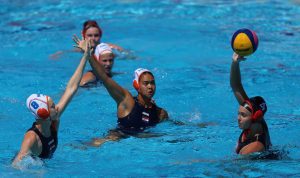 Australia had a slightly closer encounter with South Africa, but had enough to defeat their fellow Southern Hemisphere counterparts.

Magali Ogg and Allegra Childs both converted three times in front of goal. Two more goals for Layla Smith keeps her at the Stingers top goal scorer in Belgrade.

Williamson, De Beer and Weppelman were the scorers for the Africans – and all are tied in terms of stats with three goals and two assists at this competition. 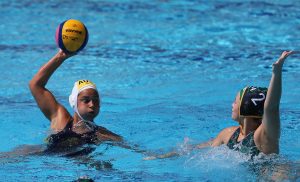 Millie Quin’s late goal gave New Zealand a breath-taking 13-12 victory against Croatia,  their second win in as many games.

The Kiwis looked certain to win the game in the first place, but nearly threw away the points after leading 10-5 in the third.

But in the last quarter, the Croats found themselves within a single score (11-10) after a significant momentum shift, with the goals coming from Rozic 2, Butic 2, and Kangler.

Quin restored the two goal cushion with less than five minutes to play, but back-to-back goals from Ria Glas put the scores even at 12-12 with an attack to go – making the last 45 seconds very tense and cagey moments for both sets of players.

The Kiwis snatched the points in the end though, as Quin scored her eleventh goal of the competition with nineteen seconds left on the clock.  What should have probably been a straight-forward win for New Zealand, very nearly became dropped points.

The last game of the day saw Spain outclass Serbia. Sabadell’s Marina Serrano tops the scoring from the game with four goals, with Daniela Moreno (3), Alba Munoz (3), Giorgia Gallinato (2) and Nerea Martin (2) all boosting their stats.