Zsolt Varga: “We Have To Progress Step by Step” — VLV Interview 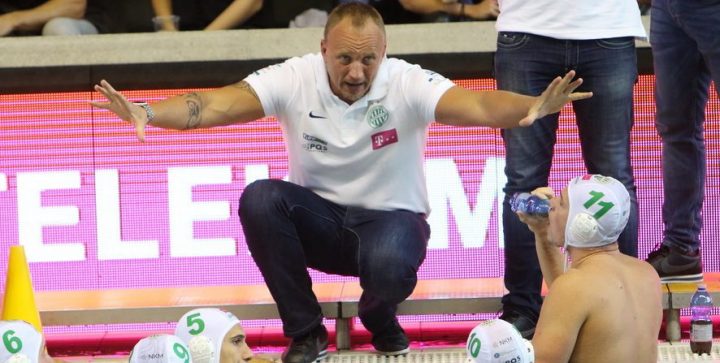 Zsolt Varga, the head coach of great Hungarian club Ferencvárosi, gave an interview to VLV. Before the matches against Dinamo Moscow, Bucharest, and finally Pro Recco, Varga has some serious preparations to take on with his team. See his thoughts on training programs and future games!

Both groups are difficult. In one there are strong winners from the last season, but in the other, there are, among us: Pro Recco, AN Brescia, Dinamo Moscow, Crvena Zvezda, and Barceloneta. All these teams are equally strong.

Now we can speak about balanced groups. Apart from the “great teams”, there are clubs with a strong background and they may surprise everyone at the tournament. For example, Mladost Zagreb. They have a long and successful history in water polo but have missed the highest levels of competition for a while. We have recently had a training session with them and I have to say they are a physically well prepared and strong team.

In our group, Pro Recco is a clear favorite — especially player-wise. Barceloneta has been a decisive team in recent years and gained high value in the League.

As for us, I won’t be upset in advance. Everybody knows, as I often say and that’s my coach philosophy, that we are moving step by step, making constant progress.

It’s great to know where you see yourself in the current situation. The question is where will the collisions happen, and how much time you’ll need to climb the ladder?

It’s a fact that we’re rapidly climbing. Four new players have arrived and they are still adapting to the team. We are at the beginning of the season, and we’re building a skillful team (players from Serbian, Australian, and Hungarian national teams). Our players are stronger than ever since we had time to rest during the summer break.

From this season, we have started working on “mixed” teams to build a new form. The date is 17th September, and we are progressing steadily.

I’m the type of person who likes to get ready for the job and I know that we have to work hard in order to succeed. These are two basic personal requirements needed for success, along with the hard-work preparation.

As the season started, we fought from the beginning, concentrating on the first matches and we had an expected performance. There were mistakes in the last three weeks, but we had a laugh and continued playing. Currently, we’re working on every part of the game.

This is why I was trying to make a schedule in which we have hard preparations for a day or two, and then we rest. So, in a shorter period, we are working harder to make the permanent training sessions better. This kind of work is, of course, the physical kind training and it gets us to move on tactically.

Every player knows his role in the pool, which will give us a push when it’s most important. That is why I consider all of this a continuous work — it’s based on the “step by step” principle.

It all started during the past few weeks, and we’ve played five matches since. 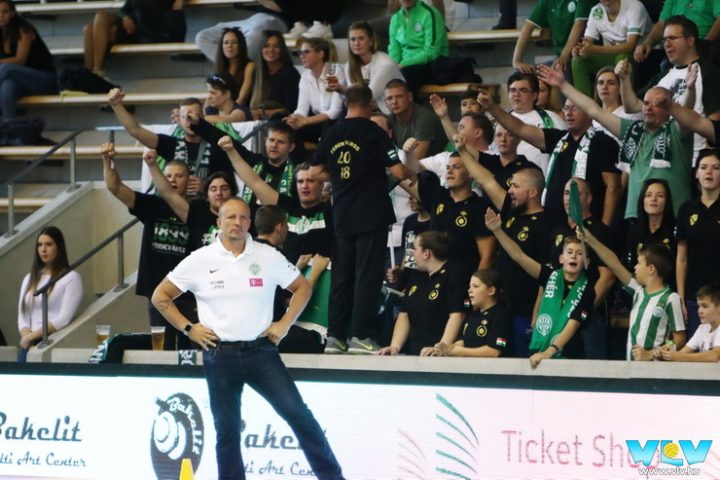 So what you have seen in the past five games was expected?

Overall, yes. There were phases, right at the first half of our match against Jadran, or even at the home match, when we played against Vouliagmeni. In these games, we had trouble with attacking. This is understandable, though, because we still have many things to work on.

Can you share any specifics about the daily work? What are the details you are taking into account?

Currently, we are working on two most stressed fields in our team. As a team and as individuals, we are focusing on center training and movement around the center. I think we have very good foundations in this area since Tomi Mezei came — he’s a pleasure to work with.

Also, there are Tomi Nemet and Slobodan Nikic who joined us, and they are both great players. We are a well-formed small group where the members work together excellently.

From this point of view, that’s very important to us because our main criteria are what we do in the water. How are we standing, how far are we from the goal, how quickly do we pick up the position, how we move during attacks… 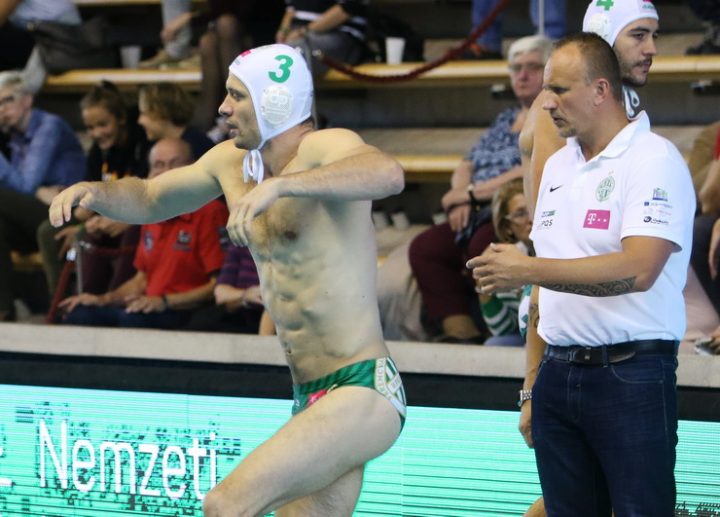 Let’s talk about András Gárdonyi and his comments on the first match against the Greeks. He said that there is a clear vision between the two goalkeepers. Soma Vogel has worked a lot in the summer season and is now relaxing a bit. Soon he’ll get involved again, and the situation will reverse. This is interesting and helpful, as you shared already.

Of course, this is important and very good that András is so proficient to this situation. Indeed, I have talked to him about how important this period of the year is. It’s not just that Soma spent the summer with his team, it’s also crucial for his development. He is still a young player who has worked hard to get the physical reserves that allow him to survive.

There are still some mental parts he has to overcome, but the point is that you have to do some serious work to make your talent count and come true as a goalkeeper.

The Fradi currently have seven players out of 19 from the national team. You are making sure that each one of them gets to the same level in the preparation process until the national season begins. And a week is a lot of time…

That’s partly why I have been working so hard for a long time to have such players from the national team. Obviously, when there are so many matches, there are many sets of players. And that’s where it gets difficult.

There are three weeks this year in which we could work a little bit more, but these weeks are the selections for future matches. I’m sure that everything the players had during the summer will greatly improve their performance and have a positive impact on their play.

Let’s return to the League. Dinamo Moscow will be your first opponent. Then there is Bucharest, and later you play Pro Recco. What are your thoughts about his? Do you want to win against Recco because you will have a great weapon if you do?

We want to win everything, that’s clear. But as we prepare for Recco, we need to win against Dinamo and Bucharest. We have to build the basics in order to built on it. I have always worked that way. If we have the basics, then we’ll know what to do about Pro Recco. I am looking forward to their first game so that we can see what had Ratko Rudic prepared for their opponents. 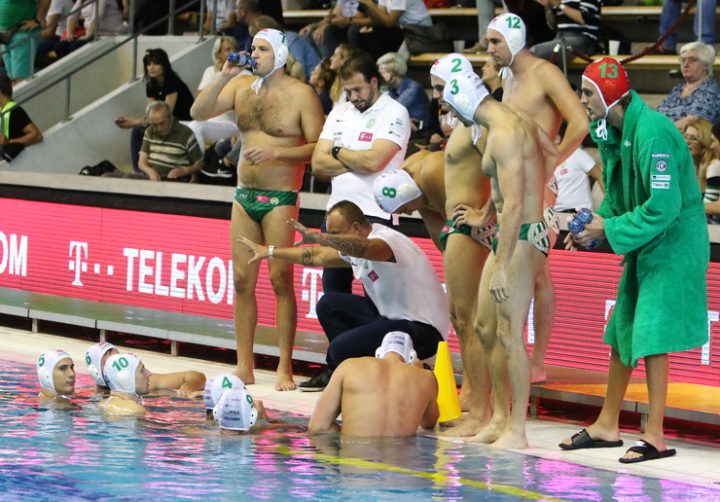 Would you say this is the first big challenge for you?

No, because the match against Dinamo Moscow is a home game. The Russians are very good and they have the experience of playing in the League. Our current major challenge is to prepare well to win against them. If we succeed to show our maximum, we’ll go into the second match with three points from home. Then Bucharest comes and it will be much easier to play.

In summary, can you say that you’re satisfied with your current progress?