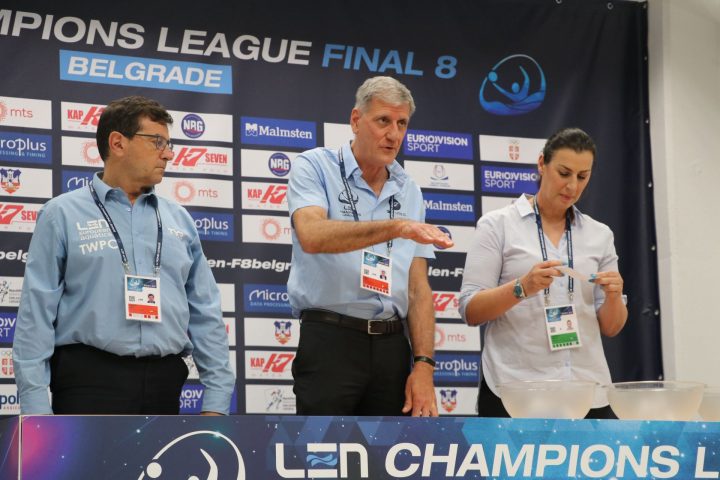 The draw for the Men and Women’s U19 European Championships was made today in Belgrade, at the Champions League Final 8 competition.

The seedings for both draws were based on the previous results in the competition. In the Men’s draw, the top seeds were Spain, Croatia, Greece and Montenegro, while Spain, France, Hungary and the Netherlands were the top four for the women.

Russia would have seeded in the top four teams in the Women’s draw, but will not participate due to their expulsion from competitions by LEN.