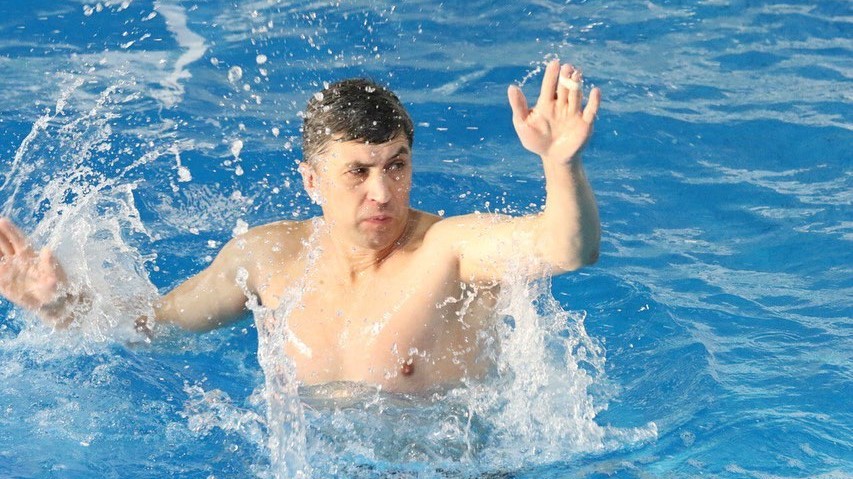 A 47-year-old Russian goalkeeper Nikolay Maksimov returned to professional water polo. He prepares to play in the Russian League next season.

Maksimov, who won the silver medal with Russia at the 2000 Olympic Games and Olympic bronze four years later, joined his first club Dynamo Moscow this summer. Dynamo will be one of the contenders for trophies in Russia and qualified for the LEN Euro Cup. He will be a player and a coach for the goalkeepers at the same time.

Maksimov, who will turn 48 in November, retired as a player seven years ago and has worked as a coach since. But obviously, he misses the water polo field and battles in the pool.

He will be one of three Dynamo goalkeepers in the next season, along with Vladislav Chuvilev (23) and Nikita Romanov (17). The two weren’t born when Maksimov made his Olympic debut in 1996.

Maksimov played at the Olympic Games four times. He wore Russia’s cap in Atlanta in 1996 (his team finished 5th), in Sydney in 2000 (silver), and in Athens in 2004 (bronze). In 2009, he became a naturalized citizen of Kazakhstan. Maksimov was part of the team of Kazakhstan which finished 11th at the 2012 Olympic Games.

He won eight medals with Russia at the major competitions, including golds in the 2002 World League and the FINA World Cup in the same year. He clinched the gold medals at the 2010 Asian Games and the 2012 Asian Championships with Kazakhstan.

At the club level, Maksimov played for Dynamo Moscow, Mladost Zagreb, Sabadell, Spartak Volgograd, Sintez Kazan, Astana Kazakhstan. He was the champion of Russia nine times. Playing for Mladost, he won the 1997 Croatian League. His most significant achievement in the competitions for clubs was the winning trophy in the 2007 LEN Euro Cup. Maksimov’s teammates in that team were, among the others, Dejan Savic, who is Serbia head coach today, Vladimir Gojkovic (Montenegro head coach), Marat Zakirov (Sintez Kazan head coach), Danilo Ikodinovic, etc.

A new era for an experienced goalkeeper begins. The season in Russia will start in the middle of September.

There are several 40+ goalkeepers in the world of the high-class water polo – Slobodan Soro (Lazio), Stefano Tempesti (Ortigia), Daniel Lopez (Barceloneta), etc. But, unlike Maksimov, they haven’t had breaks in their careers.