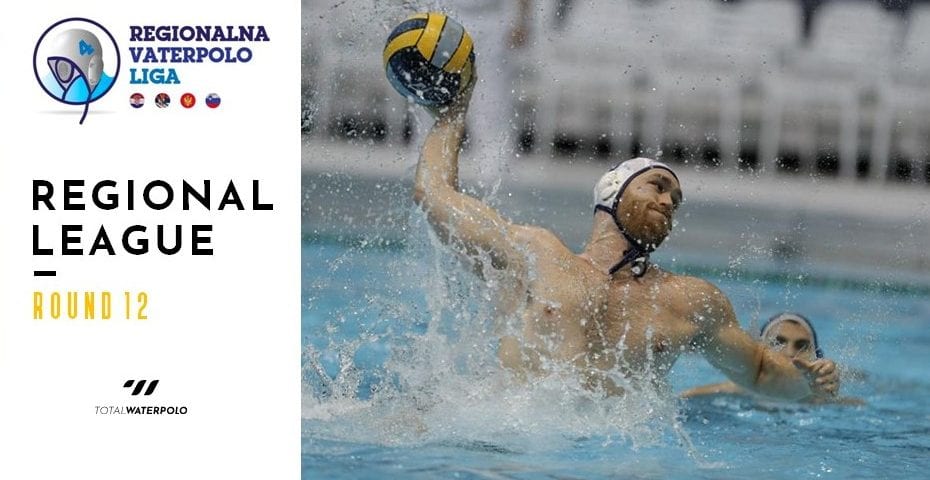 Title-holder Mladost and 1st-placed Jug recorded wins on home soil in the 12th round of the Regional League. Favorites didn’t make mistakes, but they didn’t have very easy tasks.

Mladost beat Jadran Split in a high-scoring match 17:13. Jug defeated Crvena Zvezda in the game that also offered a lot of goals – 19:15.

The matches were played early in the week because four Regional League clubs (Jug, Mladost, Jadran Split, Jadran Herceg Novi) will have important games in the Champions League on Friday and Saturday. Jadran Herceg Novi and Jadran Split will face each other, Mladost will host Ferencvaros, while Jug travels to Hungary to play against Szolnok.

Mladost led throughout the match against Jadran Split, but the visitors fought hard and they were coming back from time to time, so the reigning champion couldn’t relax until the end. Mladost opened the match with a 3:0 lead. After a bad start, Jadran found its rhythm and cut the deficit midway through the second quarter (3:4 and 4:5). In the 20th minute, Jadran reduced the gap to one for the last time (7:8). After that, Mladost scored four unanswered goals for a comfortable 12:7 lead (23rd minute). In the remaining time, Mladost’s advantage was never smaller than three goals.

After a 19:15 victory over Crvena Zvezda, Jug needs a point in the remaining two matches (against Jadran Herceg Novi and Jadran Split) to cement 1st place.

The Dubrovnik-based side started at was expected – the hosts jumped to a 7:3 lead before the first break, while they increased the margin to five (9:4) in the middle of the second quarter. But, the visitors, who came to Dubrovnik with 12 players in the line-up, didn’t give in and netted three goals in a row for 7:9. Jug responded with two goals and went 11:7 up. The Serbs were able to come back again. Early in the third period, Crvena Zvezda trailed by a goal (10:11). The home team earned a 14:10 advantage in the 20th minute. Still, Crvena Zvezda managed to reduce the gap twice (13:14 and 14:15). After that, Jug produced a 4:0 rush for a 19:14 lead and finally broke the persistent opponent.

Jug will probably finish atop of the group, which means that the Final Four will be played in Dubrovnik. The encounter between Mladost and Jadran Herceg Novi in Zagreb on February 29th will be the battle for 2nd place. Jadran Split will enter the F4 tournament from 4th place, while Crvena Zvezda can’t move from the last position.