Aleksandar Sapic: Tibor, you will never know how much you meant to me… 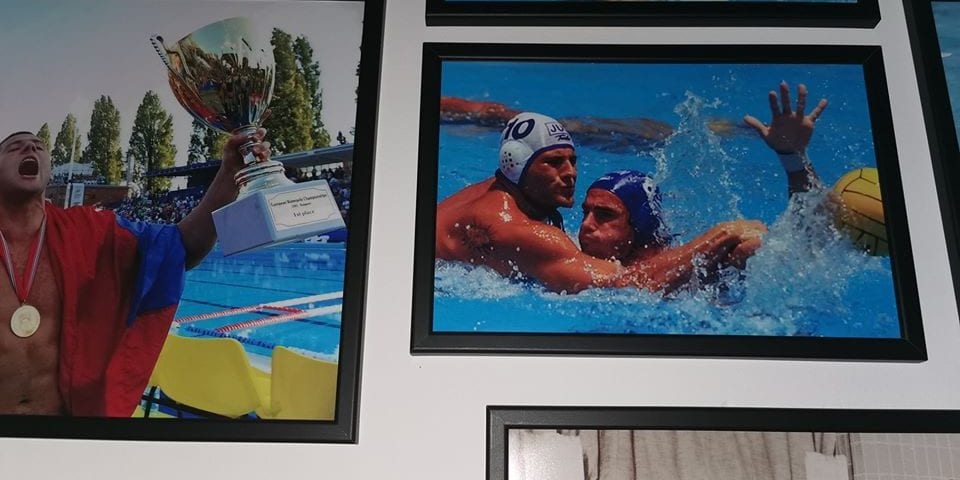 World of water polo was shocked this morning by the news of Tibor Benedek passing away. Among many emotional farewell messages to Tibi, one of his greatest rivals Aleksandar Sapic, dedicated him this Facebook status:

“I just got one of the saddest news in recent years. One of the greatest water polo players of all time, Tibor Benedek, has passed away.

I don’t know where to start, and I have a need, and it’s very difficult for me, and I can’t forgive myself for never telling him what I’m going to say here now.

Tibor was a man I played against for almost 15 years. He is left-handed, he was always across from me and we had thousands of direct duels. Both in our national selections, and in different clubs where we played against each other.

All this is well known and nothing new, but what he did not know, what no one knew, I will now say.

Tibor was the only water polo player I truly admired, whom I loved and respected in a strange way, and who was one of the biggest drivers and motives of my fanatical work and spartan water polo life, which I led throughout my career.

He was 6 years older than me and when I was fourteen, he was already a world-famous player.

Since then, I have been following him intensively and watching wherever and whenever I can. During my time playing for Becej I played with Balas Vince, the captain of the then Hungarian water polo team, my teammate, and Tibor’s best friend, who played with him for a long time in Ujpest Doge and the national team. I asked him every week to bring me tapes of their matches, under the pretext that I really like Hungarian water polo. And the real truth was that I was not interested in Hungarian water polo at all, but only Tibor Benedek.

In that period, I watched over 400 of his matches, from all possible competitions, both the club and the national team. I was fascinated by his perseverance, work, energy, discipline, strength, and the ease with which he played our sport.

Later, when I started playing against him, I always wanted to enter into duels with him, with a huge desire to show that I was up to it … I was often able to be rude, maybe crossed some line, but all out of a desire to show myself and him that I am capable of being just as good.

He was a fascinating person, he never reacted the same to my rudeness, so he almost always calmed me down, so that I was ashamed of myself for crossing the line of rudeness … He played strongly, but never outside of fair play. He was always calm, polite, moderate, cultured… and the more I got to know him, the more I admired him, above all as a man and a person.
We were never too close because we never played together in the club and that’s why I had a problem approaching him and saying all these things, and I wanted to. I was a little embarrassed and I can’t forgive myself for that now.

The man I loved in a strange way is gone, even though we never talked for too long. Gone is the man who was one of the greatest professionals in the history of our sport, who was never tired or unprepared. A man who influenced me to be the player I was, and unfortunately he didn’t even know that, because I didn’t have the courage to approach him and say all that.
And I wanted to… and almost, three years ago, when I met him at a show match in Budapest, where we played a little against each other again … I remembered the old duels, everything … and I wanted to I tell him all this and I gave up again … and I don’t even know why.

Tibor, you will never know how much you meant to me as an athlete and I will never forget what you were in our world.

And the trace you left in world water polo will not be forgotten by the generations and generations that will come after us.

My friend, rest in peace, this is the least I could do. To show everyone what I have been hiding for years, and that is that you were the only person from the water polo world, in my life, whom I truly admired and who was one of the main drivers and motives to be what I am.

The photo I posted is on the wall in my memory room, in one of the most important places, because you absolutely had that place in my heart.