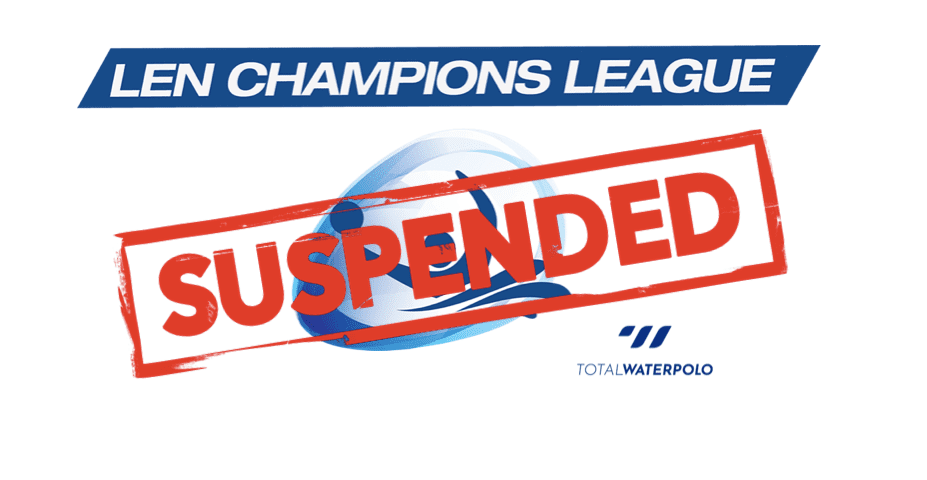 The winners of the Champions League, the LEN Euro Cup and the European female competitions for clubs (Euroleague and LEN Trophy) won’t be declared this season.

We obviously plan to re-establish the above mentioned competitions for the 2020-2021 season.

The above decisions have not been taken lightheartedly by LEN, but I am convinced that under the current circumstances it was the most appropriate decision.”, LEN president Paolo Barelli wrote in a letter that was published by LEN.

The 2020 European Aquatics Championships in Budapest (all aquatics sports except water polo) is rescheduled for May 10-23, 2021.

The LEN Champions League was suspended after Day 10 of the Group Stage (the game of the 10th round Ferencvaros-Pro Recco also wasn’t played).

The standings in the Champions League before the suspension

Three matches were remaining to play in the LEN Euro Cup – return leg of the semifinal Eger(HUN)–Brescia (ITA) and two final matches. Brescia defeated Eger 6:3 in the first leg. Ortigia (ITA) was already qualified for the final (the Sicilians eliminated Romanian club Oradea).

Women’s clubs’ competitions were stopped after the 1st leg of the quarterfinals of the Euro League. The winners of the four quarterfinal encounters were supposed to play at the Final Four, while the losers would participate in the LEN Trophy Final Four.