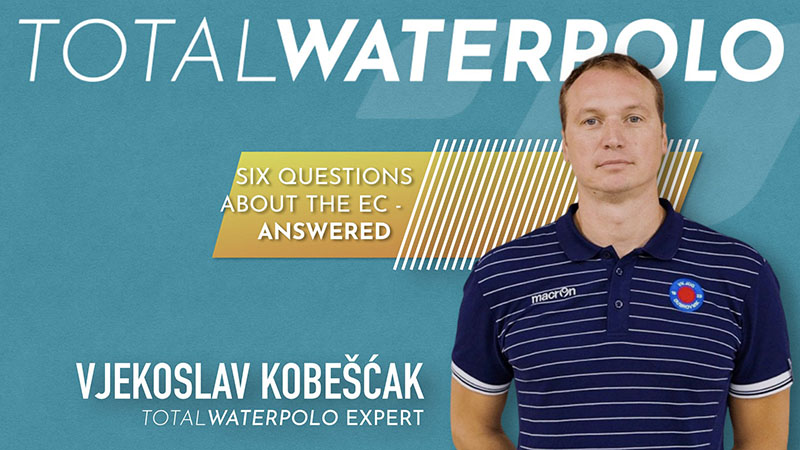 The quarter finals are behind us and it is time to look back and examine this passed portion of the European Championships to see if we have received answers to the questions from the initial blog post (which I hope you read).

Question No. 6: Can the underdogs disrupt plans for some of the strong teams?

Yes, to some extent.

We guessed right that Georgia had the potential for an upset, as they managed to defeat a slightly better french team in the first round (along with some major oversight from the officials, which I mentioned).

Georgia was also close to a win against Russia.

Romania managed to beat Russia. And that was that in regards to unexpected results. The remaining underdogs didn’t manage to overcome the favourites, which shows that currently this competition format is not aiding them in any way.

Question No.5: Can teams like Germany, France, or Russia play the tournament continuously, make problems for the better teams and enter among the top eight?

Unfortunately, they can’t. These teams were not able to show continuity, but we can praise some of their youngsters, e.g. Thomas Vernoux from France or Konstantin Kharkov from Russia. Their teams unfortunately did not manage to upset any favourites, yet when we look at the rosters, we get the impression that some teams with “weaker” line-ups are ahead of them.

Question No.4: Can Montenegro and Greece make up for the poor performances at the World Championships and get into the battle for medals?

Montenergo can. In their tournament’s key match they played an outstanding defense most importantly paired with the large contribution from their goalie Lazovic, which helped them overcome world champion Italy. The rest of the team was also well-balanced, and they could prove a difficult opponent for Hungary, if they don’t lose their cool.

They may be able to play even better than this but it all depends on their goalkeepers performance. We should also point out the fourth period against Croatia, in which they almost managed to turn the game around after an initial 5-goal deficit.

Greece played an underwhelming tournament without major contribution from their main players except Genidounias, who was on point. They played a shaky, insecure defense without their usual flow in the offense. It is unbeliveable how such quality players under the same coach perform dramatically different in their club and national team.

Question No.3: Can Italy repeat the last summer and unite two golds?

Del Lungo was not able to repeat his last summer’s performance, along with many players. During the two difficult games they strived for individual solutions. It worked against Greece, but not against Montenegro. They are a team which will surely play better with some longer preparation time.

Question No.2: Can Spain finally get to the gold?

With their current performance, they can. They have shown the most alongside Croatia.

They played tactically well and energetically excellent against both Hungary and Serbia. Perrone is without question the best player at the tournament so far and the majority of his team keeps up with him except their centerforwards, who are lacking a bit. Goalkeeper Lopez is on his game. They had the most difficult road throughout the tournament, we will see whether this will prove as an advantage or disadvantage in the semi-final.

Question No. 1: Can the three strongest teams win the top three positions?

No, as Serbia is out of the medal race. But both Hungary and Croatia reached the semis with good chances for the final.

Serbia dropped out against Spain, as their easy first part of the tournament proved problematic for the second half because they did not establish a good game rhythm in the quarterfinals. I wouldn’t call it their end though, as I still see them as favourites for the Gold in Tokyo. It’s difficult to say that awaits them after Tokyo, but I wouldn’t expect a large drop as Serbia has good experience with generational shifts. I personally believe that Jaksic could be the one who will start bringing his club performance to the national team, which will push Serbia close to or even the top.

Croatia, next to Spain, currently looks best at the tournament so far, with the great form of goalkeeper Bijac and centerforward Vrlic who is unstoppable and the player to have adapted to the new rules the most. If there was another player in the team brave enough to take responsibility during key moments (let’s say Obradovic) when other players hide, they would be the absolute favourite for the title. But even now they look outstanding.

Hungary is playing a solid tournament and they can reach the gold in front of their packed home stands, but I fell like they can play better than what they have shown so far. I expect a bigger contribution from their best and most experienced players.