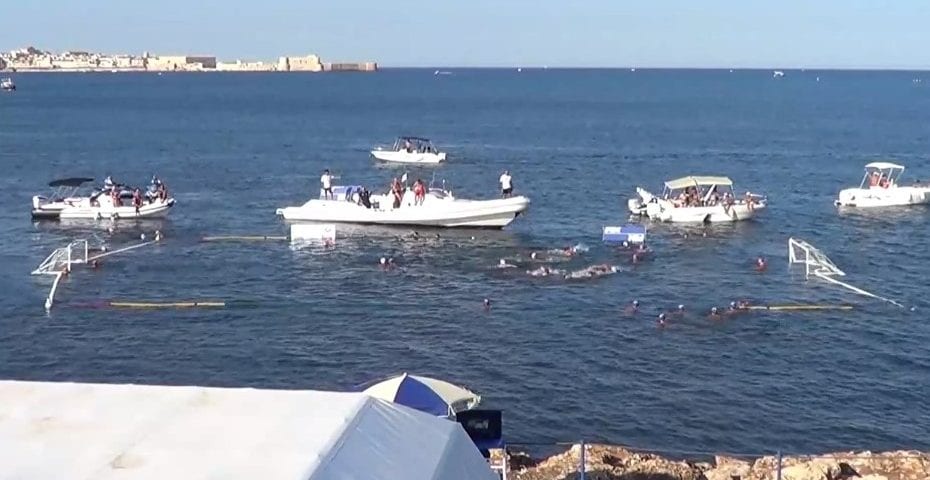 The training camp of the national team of Italy in Syracuse, which started early in June, was finished on Friday.

The players who were training in Syracuse in the past seven weeks have split up in two teams (several players of Ortigia Syracuse also took part). The team Italy “A” was named “Settebello Illegally”. The team Italy “B” had the name “Nando’s boys” in memory of Ferdinando “Nando” Pesci, who passed away suddenly last year. He was a player and the head coach of the male junior and female senior team of Italy. Of course, the result wasn’t the most important, but entertainment, and promotion of water polo. This was Italy’s first match in the sea pool after five years, and a match against Spain (Italy won 18:12), played in Capri in 2015.

Italy “A” was coached by the national team head coach Alessandro Campagna, while his assistant Amedeo Pomilio led Italy “B”. Before the game, the two gave the instructions to the players while riding the jet ski. And the party could start. 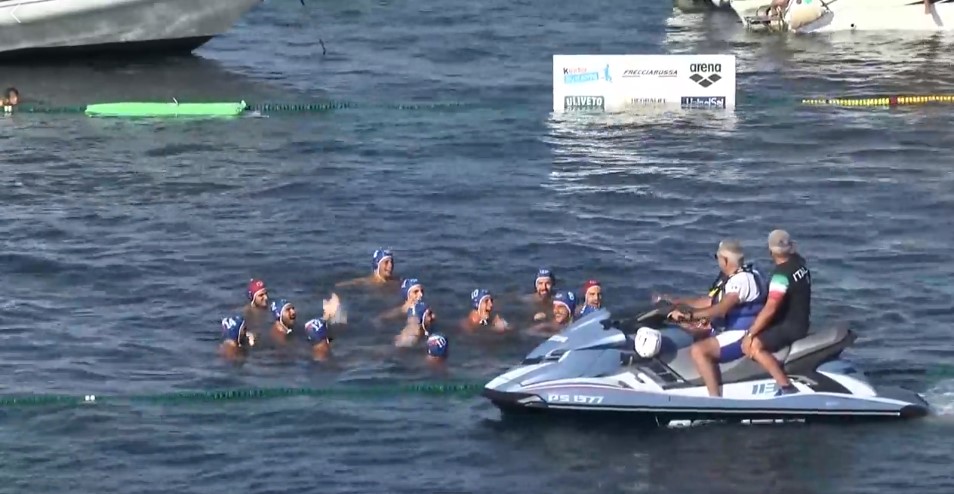 Francesco Di Fulvio tried to score with his head, goalkeeper Marco del Lungo left his goal and played in the attack… These were just some of the many attractive details of the game. 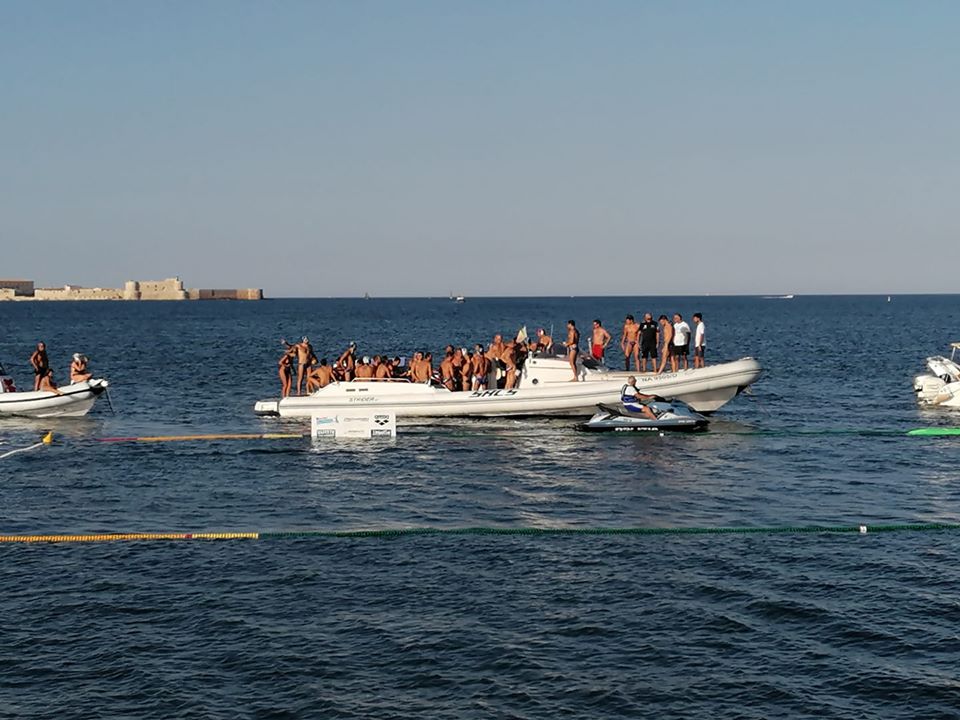 The Italian national team finished the work in Syracuse, and this exhibition match was a prelude for another one. On Wednesday, the encounter between the current team of Italy, which won the gold at the 2019 World Championships, and the Italian squad which was the world champion in 2011, will be held. The game will be played in the training camp of the Italian Swimming Federation in Ostia.