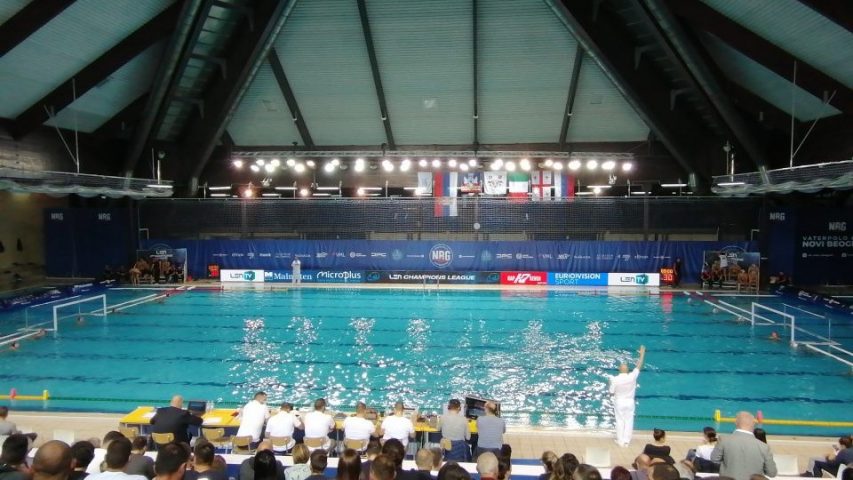 The new season of the Premier Regional Water Polo League will start tomorrow.

Thirteen teams will take part in the competition. They are split into two groups. The first round in Group A (Belgrade) will be played on Wednesday, while Group B (Split) kicks off on Thursday.

The regular season will be a single round-robin league (13 rounds), which will be played in six tournaments (three stages). After the first stage (the tournaments in Split and Belgrade), the groups will be mixed (find out more at the end of the article).

The Regional league was founded in 2008. This is the 14th edition of the competition that reunited the clubs from the counties of former Yugoslavia. But, this season will be something special. The Regional League is stronger than it has ever been.

Never before has the league been of such high quality. Never before such a large number of water polo aces has played in the RWL.
Most of the favorites for the title signed exceptional reinforcements during the transfer window or kept the level from last season.

The tradition of the clubs, many water polo stars on the teams’ rosters promise exciting battles for the trophy.

Novi Beograd composed a “dream team “this summer. The hosts are the favorites for 1st place in Group A and one of the most serious contenders for the trophy.

Both tournaments of the first stage, especially the one in Belgrade, will be exhausting for teams and players. Each team in Group A will play six games in five days. Besides, the clubs that compete in the Champions League will have an even more complex task because they will continue the season in Europe next week.

“The tournament will be challenging for us, but all clubs are in the same situation, and we all have to adapt to this packed schedule. We have been preparing for this rhythm, and I think we are ready for the tournament. Our goals are clear – we want to win first place”, Novi Beograd’s assistant coach Djordje Filipovic said at today’s press conference. 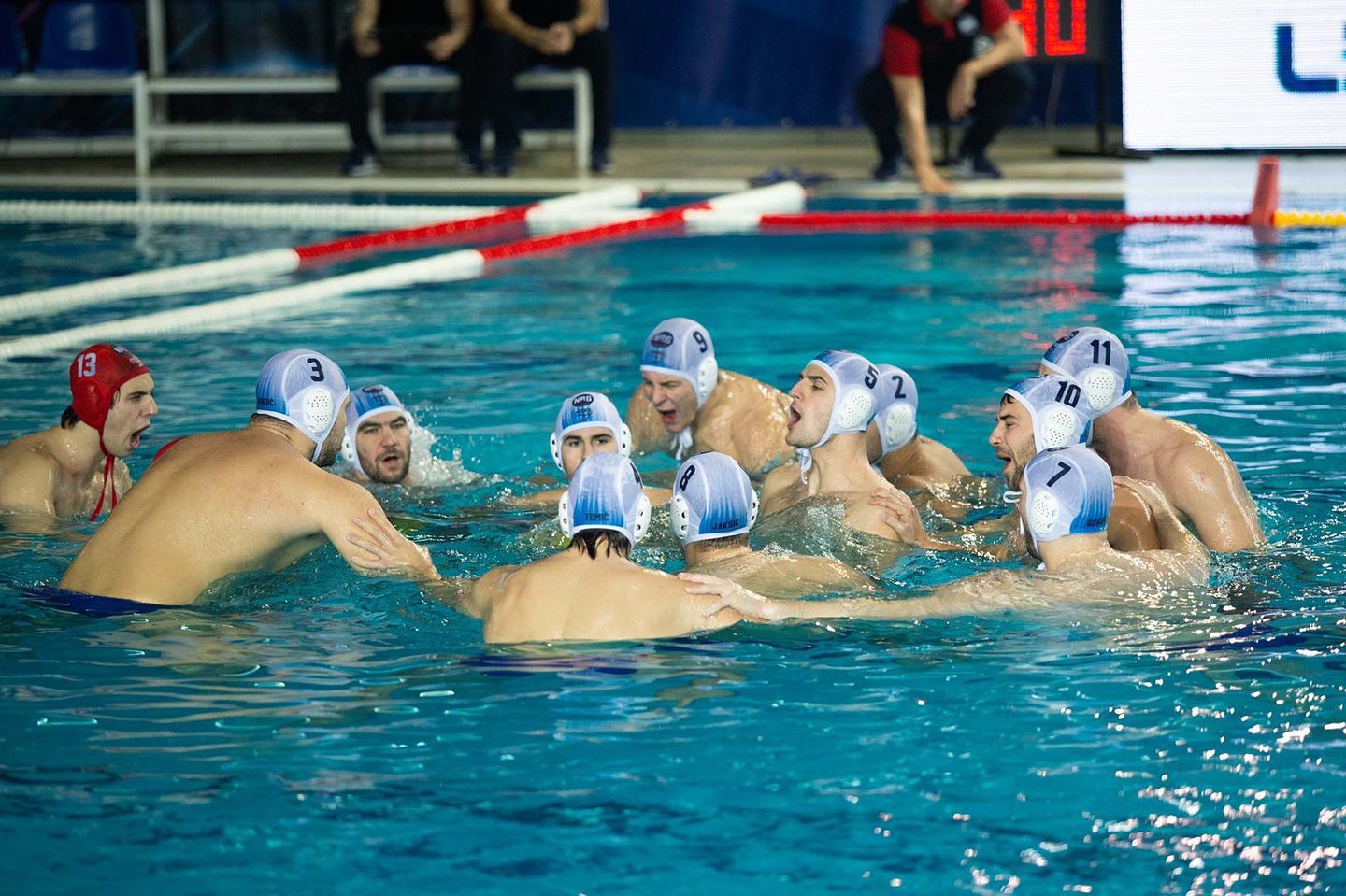 But, the other clubs have big goals, too.

It seems that Jug, Partizan and Jadran Herceg Novi will be Novi Beograd’s strongest opponents in Belgrade.

Jug and Partizan will face off in the first big derby of the group, on Wednesday (18:50 CET).

Jug is the most successful club in the Regional League history. The Dubrovnik-based side won four titles, but it hasn’t clinched a trophy since 2018. Several excellent players left Jug this summer, but several reinforcements arrived at the club, including an experienced Maro Jokovic, one of the best lefties in the world of water polo, Greeks Kakaris and Argyropoulos. But, Jug will play without captain Loren Fatovic and Luka Stahor in Belgrade. The two are in quarantine in Germany since they tested positive for COVID before the Champions League match against Spandau in Berlin. Jug entered the game against Spandau with 11 available players, but it recorded a convincing win. 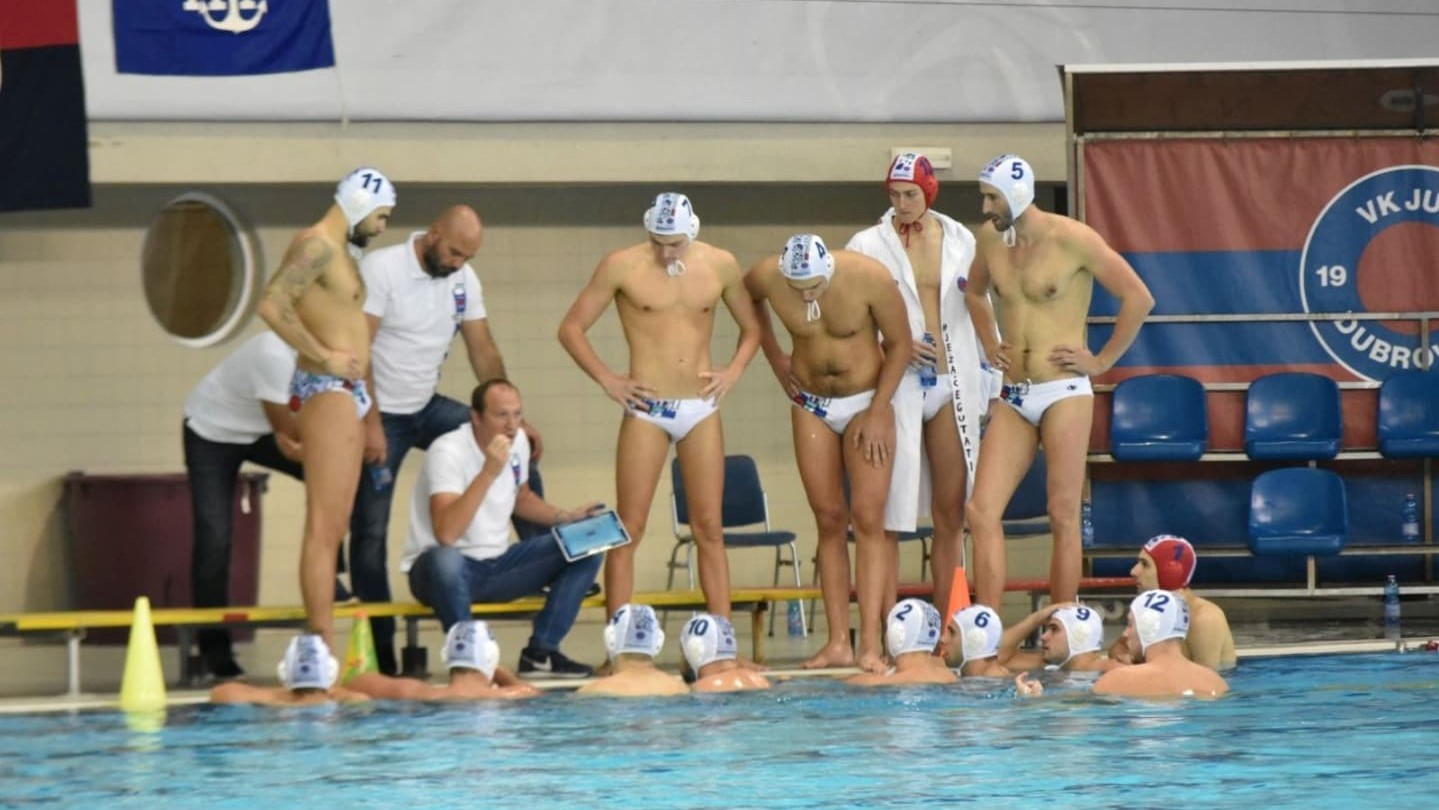 On the other side, Partizan has overcome a long-standing crisis and composed a new, very good team, headed by returnees Milan Aleksic, Stefan Mitrovic, Dimitrije Risticevic, Nemanja Vico, than Team USA’s Alex Bowen. Partizan is currently in 2nd place in the Serbian League. The match against Jug will be its first international test in the season. We will see if Partizan has reached the level of being an equal rival to Jug again and if the duels between Partizan and Jug will be thrilling derbies like they were before Partizan’s crisis.

Montenegrin champion Jadran Herceg Novi played well in the Champions League qualifications this season, but it failed to advance to the playoffs. Still, Jadran proved that it could battle with the best European teams. Jadran has a young team that can cause headaches to favorites and can surprise.

The roster of the Croatian champion Mladost suffered many changes after the end of the previous season. Many stars left the club. The team is rejuvenated, so Mladost isn’t on the list of the favorites, but the Zagreb-based side isn’t an underdog and the title contenders shouldn’t underestimate Mladost.

Former Serbian champion Sabac is of similar quality as Mladost is. So, Sabac is neither a favorite nor an underdog.

Budva, the seventh club in Group A, has played only three official games since the start of the season. It lost to Primorac and Jadran convincingly in the Montenegrin Cup and beat Cattaro narrowly. Judging by the results so far, Budva is an underdog here, but surprises are always possible. 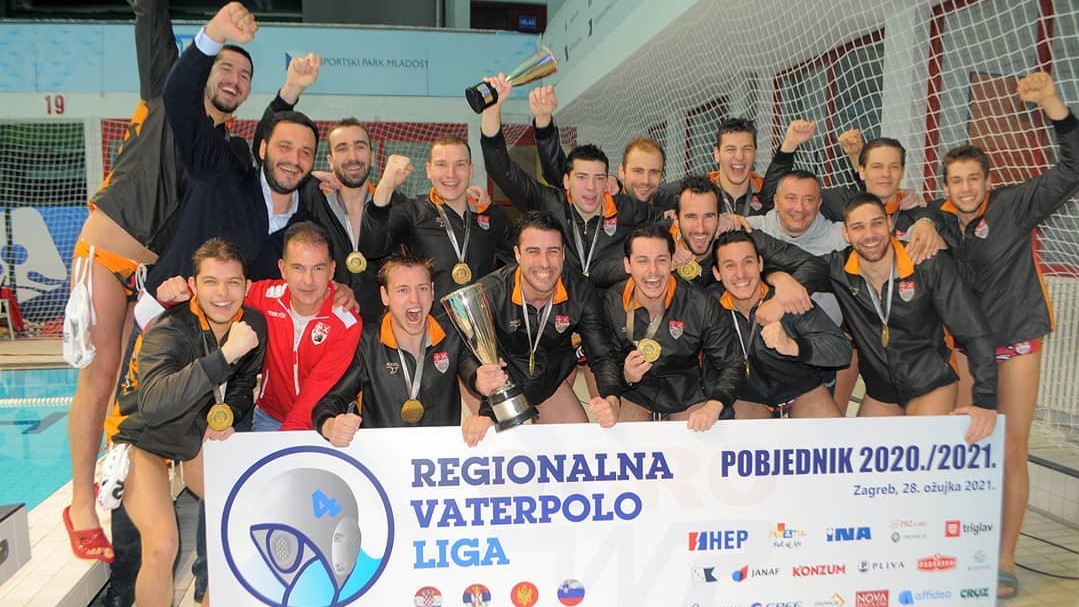 Last season, Radnicki became the first Serbian club to win the Regional League trophy. It beat Mladost in the semifinal and Jug in the final. There weren’t many changes on Radnicki’s roster during the transfer window. The club brought a few experienced reinforcements (Milos Cuk, Josip Vrlic), but most of the key players stayed at the club. The team is young but able for big challenges. Radnicki didn’t have a grand overture before the Regional League. It suffered losses to Brescia in the Champions League and to Partizan in the Serbian League in the past ten days. These defeats can be a “shock therapy” for the title-holder before the tournament in Split.

Jadran Split was the European champion twice (1992 and 1993). However, Jadran hasn’t won a single trophy since 1993. In the last few years, Jadran was always behind Jug and Mladost in Croatia. But, this year, things have started changing. Jadran brought several great newcomers (Luka Bukic, Konstantin Kharkov,etc) and has a team that will battle for the title in Croatia and spots at the Regional League Final Four and the Champions League Final Eight. Jadran cruised to the Champions League Preliminary Round with ten wins in 11 games of the qualifications. The Split-based side has won three points in the Champions League so far. But, last Saturday, Jadran proved that it could be an equal opponent to each club, especially on home soil. Novi Beograd broke the Croats’ resistance in the final minutes of the match in the Champions League Round 3. 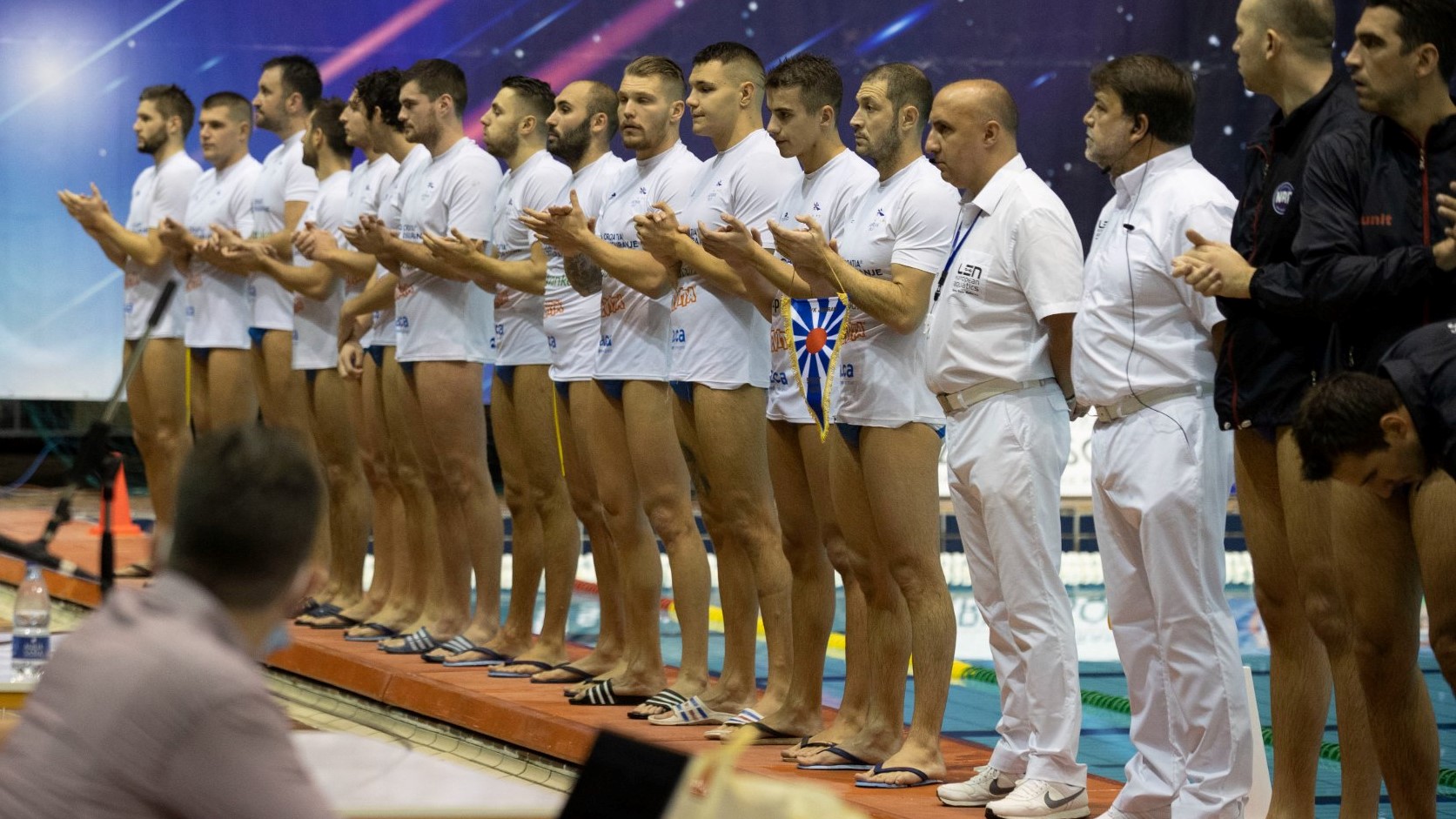 Crvena Zvezda, the 2013 European champion, had ups and downs after winning the CHL eight years ago. Still, Crvena Zvezda has played better and better in the last few years. This season, it achieved considerable success by qualifying for the Champions League. The team is a mixture of experienced and young players. Undoubtedly, the “red-whites” are among the contenders for a place at the Final Four tournament.

Primorac, another former European champion in the group in Split (it won the trophy in 2009), hasn’t achieved significant results in Europe in the last few seasons. It hasn’t won a trophy in Montenegro for a while. But, Primorac has been coming closer and closer to Montenegrin best club Jadran Herceg Novi. Last week, the indoor pool in Kotor was re-opened after five years of reconstruction, and that should be a significant stimulus for Primorac.

Host Mornar and Solaris belong to the “upper house” of Croatian water polo, which says a lot. That is why even the biggest favorites for the title don’t expect they can beat Mladost or Solaris with ease. Both teams are young, eager for challenges. Solaris and Mornar managed to surprise favorites in domestic and regional competitions in the past years. Solaris had a solid European campaign in the LEN Euro Cup and fights for 3rd place in Croatia. It would be a big mistake to underestimate these clubs before the start of the Regional League.

First stage-At the tournaments in Belgrade (Group A) and Split (Group B), all teams that are in the same group will play with each other (each team in Group A plays six, while each team in group B plays five matches in this stage).

The top four will qualify for the Final Four. The 13th-placed team will be relegated to the A1 League, while the 11th-placed and 12th-placed will go to the relegation playoffs. 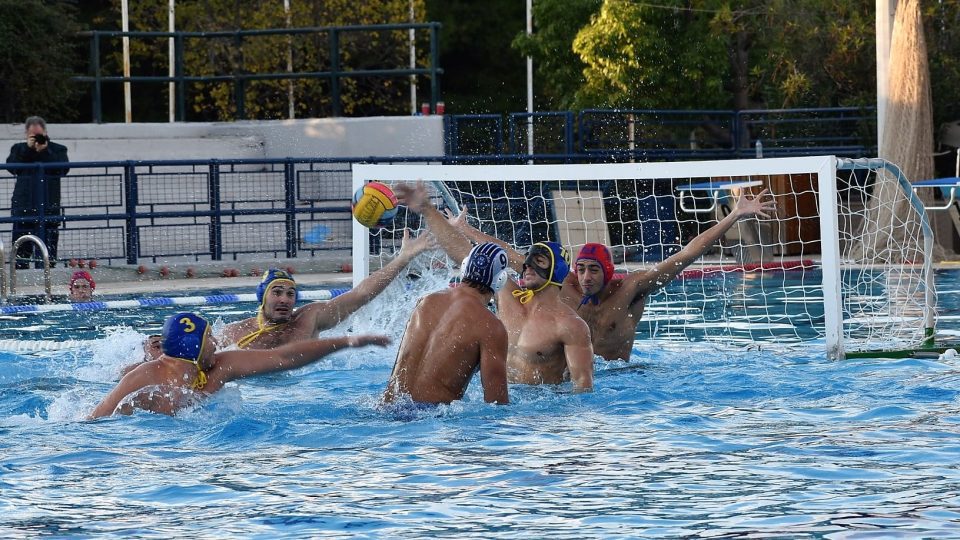 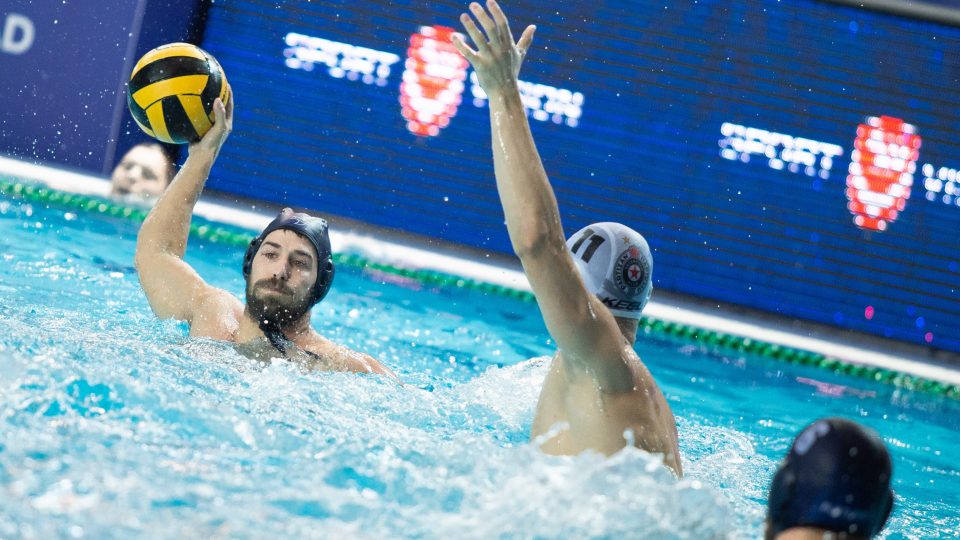