Best French League ever is ready to start 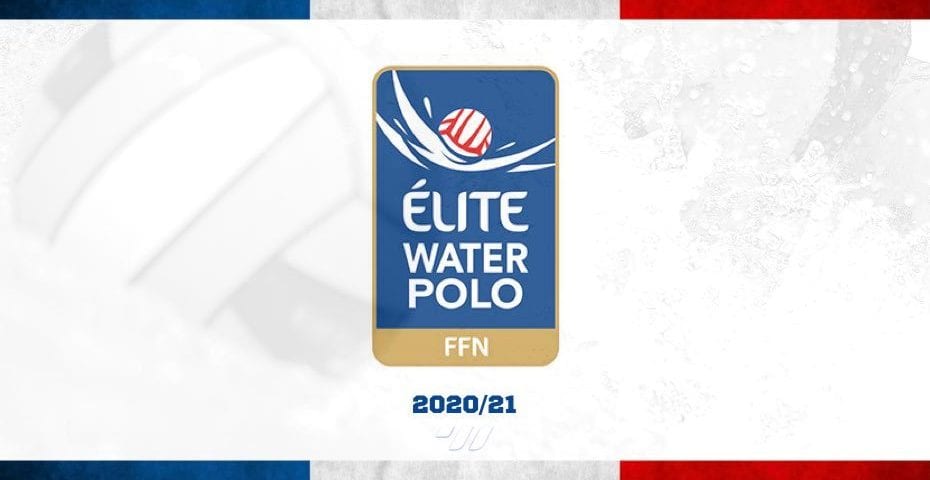 The French Championship is one of the oldest water polo competitions in the world. The first one was held in 1897. The 122nd edition begins tomorrow. And it will be a special one.

Almost each of the clubs enters the new league much stronger than it was in the previous season. Many foreign players joined the French clubs. Andrija Prlainovic, who moved from OSC Budapest to Marseille, was the biggest star of the French transfer market. But, many other excellent players, medal winners at the major tournament, and in European competitions for clubs arrived in France. The National Federation allowed a big number of foreigners per club, and most of them are from ex-Yugoslavia countries, from three excellent water polo schools. The Federation has a clear objective. If the league becomes better, the national team will also make progress. The French don’t want to be underdogs at the 2024 Olympic Games in Paris.

The water polo schools of Croatia, Serbia and Montenegro will be represented not just by players, but also by coaches: Croats Igor Racunica (Strasbourg) and Hrvoje Kandid (Reims), Serb Stefan Ciric (Noisy-le-Sec) and Montenegrin Milos Scepanovic, who recently retired as a player and became Marseille coach.

Total Waterpolo interviewed a few coaches from the best French clubs. We talked about their expectations, favorites, etc. They all agree that the 122nd Championship will be the best one in the history of water polo in this country. Without a doubt, the French league will be one of Europe’s strongest national water polo competitions (and therefore in the world) this season.

Eleven teams will play in the league. The ten teams that participated in the 2019/20 Championships are joined by Bordeaux, promoted from the Second League.

The 2019/20 French League was interrupted in March and was canceled, like many other sports competitions in the world. Before the interruption, Strasbourg was 5th in the table. But, this club enters the season as the reigning title-holder because Strasbourg won the 2018 and 2019 championships.

“We were forced to make a change of generations at the club. Some of the older players, who are 37 or 38, left the club. This season we start a new cycle, and Strasbourg formed a team for the next two or three seasons. Four excellent players have come, and I am satisfied with the jobs we have done this summer. Now, we need to adapt the newcomers to our style of play.”

Strasbourg aims to battle for the trophies.

“We want to remain in the circle of the best French clubs. I think we can reach the place among the top three teams.  In the seasons 2018 and 2019, when we won the titles, Strasbourg wasn’t the favorite, but we had a very good atmosphere and managed to reach the trophies” 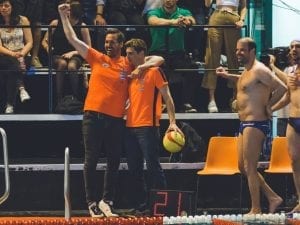 Racunica says that the league’s quality has been higher and higher from season to season in the last four-five years. And that process has been continued.

“The biggest favorite for the title will be Marseille. Noisy-le-Sec, Tourcoing Lille, Pays d’Aix, Montpellier and Strasborug are also in a circle of title contenders. I expect an exciting and balanced league. The French league is perhaps the only one in which the fifth-placed team can beat the leader, without that being a surprise. Of course, good competition should help the development of the national team and water polo in the whole country. I hope that France will continue to go in this direction.”

In the opinion of many experts, as well as the coaches we interviewed, the LEN 2019 Euro Cup winner, and the Champions League wildcard-holder Marseille, will be the favorite number 1. One of the best players in the world Andrija Prlainovic, who has five Champions League trophies in his treasury, opened the transfer window in Europe by signing for Marseille in April. After, Prlainovic, two Montenegrins – goalkeeper Dejan Lazovic and Vladan Spaic arrived at the club. Besides, Marseille managed to keep almost all of the players who played in the last season, including Ugo Crousillat, Ante Vukicevic, Uros Cuckovic, Igor Kovacevic, etc.

Milos Scepanovic, one of the best Montenegrin players in the 21st century, and Marseille’s goalkeeper in the last few seasons retired as a player. He will debut as Marseille coach tomorrow. Scepanovic won’t have an easy task. The club has high ambitions and an excellent team, but there are several clubs that can defeat the favorite and reach the highest step of the podium.

“We have a quality team and we are aware of the fact that we are favorites. All other teams are especially motivated in the matches against Marseille.The rivals consider us as favorites for a reason. We accept that role. After all, great teams have to bear the burden of favorites.”, Milos Scepanovic said. 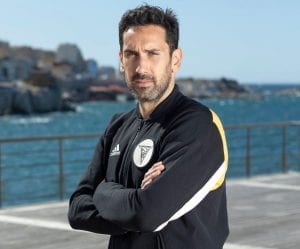 Scepanovic says that he quickly got used to the change of role, from player to coach. And the new players quickly fit into the team.

“Andrija Prlainovic, Dejan Lazovic, Vladan Spaic are players with whom there are no problems. After a few days, they have adapted to our system of work. We had other problems during the pre-season preparations because three players were caught by coronavirus, so we were not complete for two weeks. Those are also things that we have to get used to because, unfortunately, that is also the reality in today’s world. I hope that these problems will be less and that we will overcome them.”

Talking about the biggest competitors for the title, Scepanovic says:

“The French league has made big progress. The favorites are Marseille, Aix, Strasbourg, which changed the team, Noisy-le-Sec, which also did a great job in the transfer window, Montpellier, Lille. In the duels of the mentioned teams, everyone can beat everyone. However, many “minor” teams are also capable to surprise favorites. This will be a very interesting championship. We are preparing for the national championship, as well as for the Champions League. The LEN Champions League will be played according to a new formula, because of the COVID-19 pandemic. We expect that the competition formula will be confirmed soon.”

Pays d’Aix is the underdog (?)

Pays d’Aix has been growing as a club and as a team from season to season. Before the cancelation of the 2019/20 French League, the club was 2nd. It will play in the Champions League qualifications.

Pays d’Aix coach Alexandre Donsimoni answering on a question about expectation in the new season says:

“I always expect the best from my team. I have a great relationship with my players, and I’m very proud of the last season’s results. Our Spanish players left us this summer. That fact will change our play a lot, especially after De Lera’s leaving. He spent five years with us. But I think that I made good recruitment in the transfer window and believe in the team’s capacity to reach the top 3. Even if it will be very difficult. As for the European stage, it depends on the draw and the competition formula.”

Favorites for the title?

“Strasbourg, Noisy and Tourcoing have done great jobs this summer in the transfer market. But Marseille has built a team that might “crush” the championship. The battle for the podium will be hard. We will be underdog… as always… and I like that.”

Donsimoni says that the French championship has been becoming stronger each season in the last three-four years.

“This season, the French League will undoubtedly be one of the strongest championships in Europe. Outstanding players have joined top teams. The squads are incredible due to the unlimited number of foreigners is allowed. We will certainly have the best French water polo championship ever, from past to future. I can’t wait for the start. “

As other coaches say, Noisy le Sec has brought in excellent reinforcements. But the club from Paris also has a new coach. Stefan Ciric, who is Dejan Savic’s assistant in the Serbian national team, and former Partizan coach, will be sitting on Noisy’s bench. The Parisiens shared 3rd and 4th place with Tourcoing before the cancelation of the season.

“Yes, Noisy did excellent recruitment of players for a new season. Noisy needed a good wing, and Viktor Rasovic, who played for Szolnok, came for position #1. Goalkeeper Stefan Zivojinovic came from Olympiacos. Ivan Krapic arrived from Jadran Split. Two French players David Caumette and Denis de Como are also very good additions. We will have five foreigners, as Croat Antonio Petkovic and Dane Emil Bjorch, who are important for our play, stay at the club. Noisy had good pre-season preparations. The games at the friendly tournament in Strasbourg, where Noisy finished 1st ahead of Strasbourg, Tourcoing and Reims, is encouragement. We are ready for the season.” 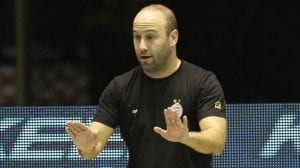 Ciric agrees that Marseille is the biggest, but not the only, favorite for the crown.

“Marseille has a small advantage ahead of others, not just because of the foreigners, but because they have a lot of experienced French players on the roster, more than other clubs. But nobody is unbeatable. Strasbourg, Pays d’Aix, Tourcoing, Noisy also have their chances. Reims can surprise. Almost all of the clubs have brought in good reinforcements. The league will be very interesting.”

“The circle of quality European leagues has expanded. Our sport has got another country where there is room for good players. I believe that a strong French league will also influence the progress of water polo in Europe.”