Big away victories for Pro Recco and Jug 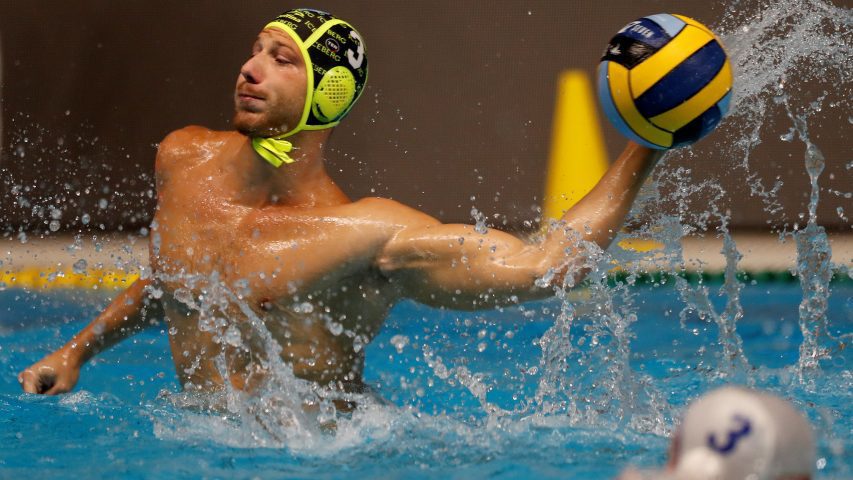 There were no thrilling encounters in the fifth round of the Champions League Group B.

Pro Recco earned a comfortable victory over OSC Budapest (14:8) and kept a perfect record. Jug beat Crvena Zvezda in Belgrade (19:13). The second quarter, in which Jug scored seven, conceding only two goals, made the difference.

Marseille is still in 2nd place after a 13:10 win over Hannover.

Spandau and Steaua, which were winless before the fifth round, faced off in Berlin. Spandau defeated the Romanians (10:8) and climbed into 6th place ahead of Crvena Zvezda.

OSC earned a 1:0 lead, but Pro Recco dictated the pace in the first quarter, which set the tone of the match. Recco built a 5:2 advantage in the first eight minutes. After that, OSC was coming back from time to time, but it couldn’t equalize. Moreover, in the following three periods, the distance between the teams was never smaller than three goals. 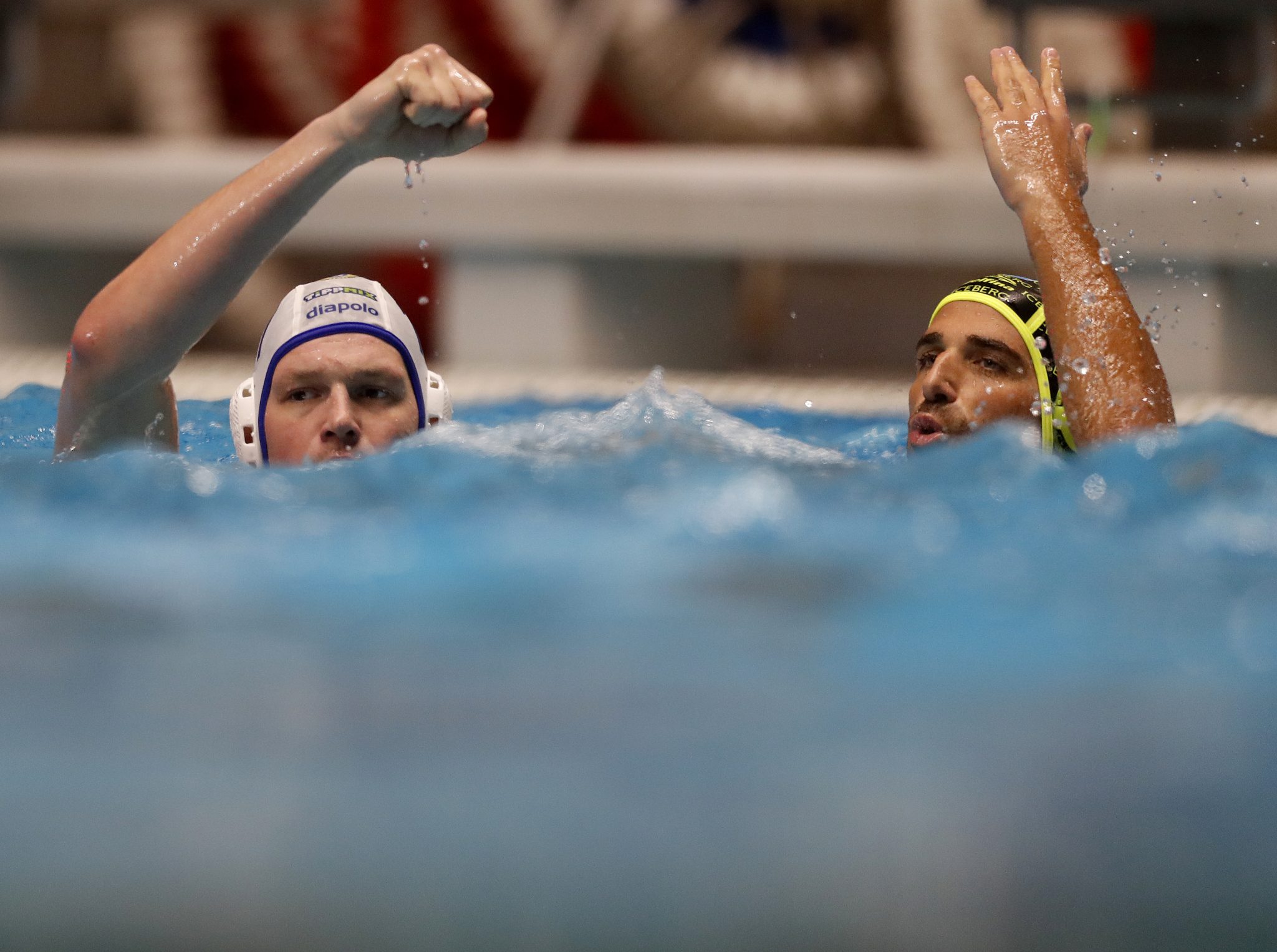 After a quick attack, Aaron Younger stretched the margin to four already in the 10th minute (6:2). But it was Recco’s last goal in the first half. In the following minutes, OSC’s goalkeeper Marton Levai posted some nice saves and he was the most deserving why Recco did not make a bigger difference in the first half. He was keeping his team in the game, but the hosts didn’t find good solutions in front of Recco’s goal. Still, they reduced the gap shortly before the middle break when Manhercz scored from a counter-attack.

The Italians opened the second half with two goals for 8:3. OSC reduced the gap to three (5:8), but Pro Recco answered with two (Canella and Ivovic) to regain a 5-goal advantage (10:6). Harai scored a nice action goal six seconds before the end of the 3rd quarter and gave the last hope for the home team. 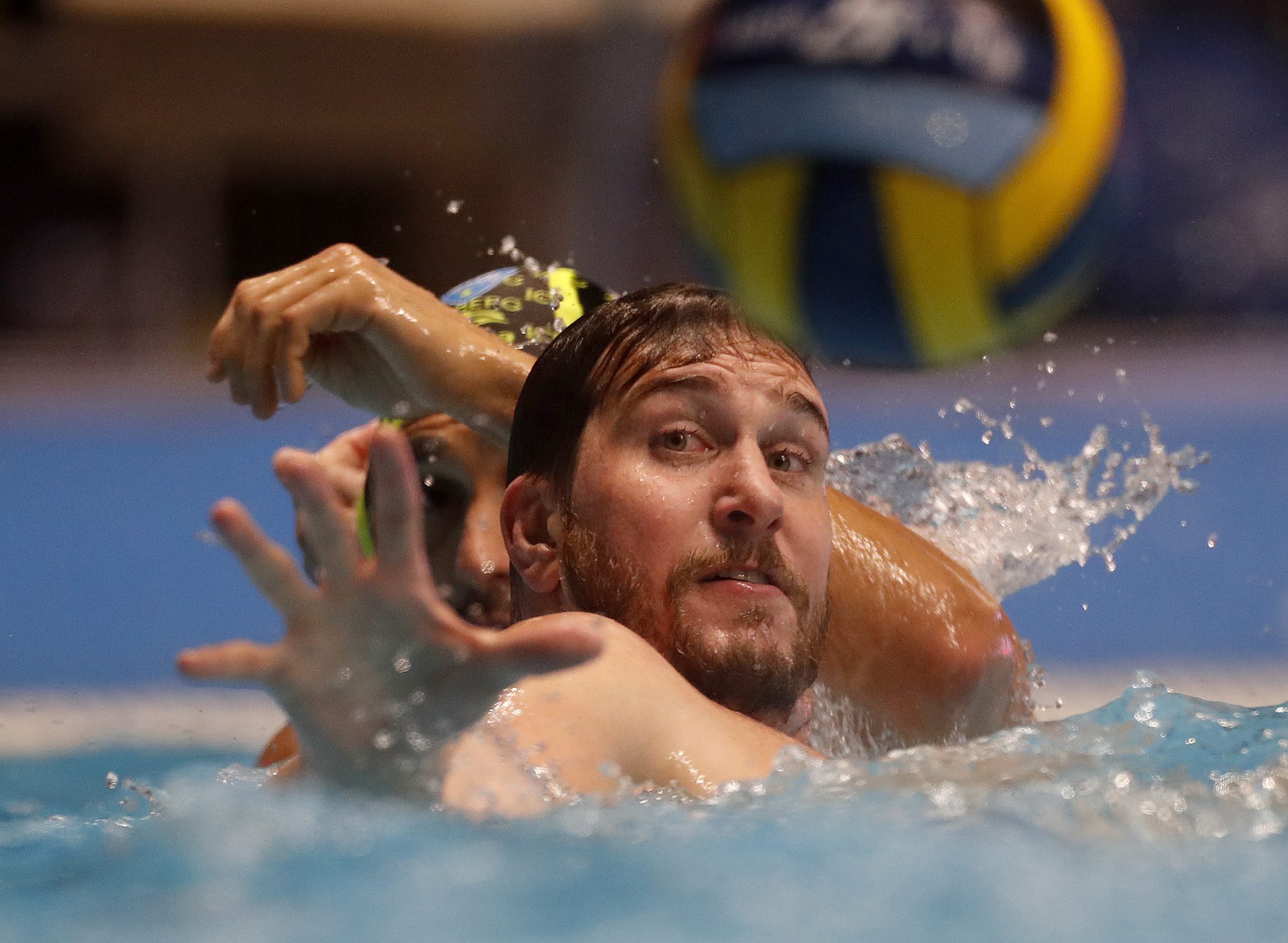 However, Recco’s center-forward Ben Hallock found the net in the visitors’ first possession in the last period (11:6), and it was clear that there was no way back for OSC, which suffered the second convincing loss at home in a row, after 9:14 defeat to Marseille two weeks ago.

Crvena Zvezda played without its captain and first center-forward, Milos Vukicevic, and one of the best scorers, Veljko Tankosic. On the other side, Loren Fatovic, Jug’s captain, returned to the team last weekend after almost a three-week break due to a positive coronavirus test before the game against Spandau in Berlin. Fatovic proved how important he is for Jug’s play and was one of the best players of the match. 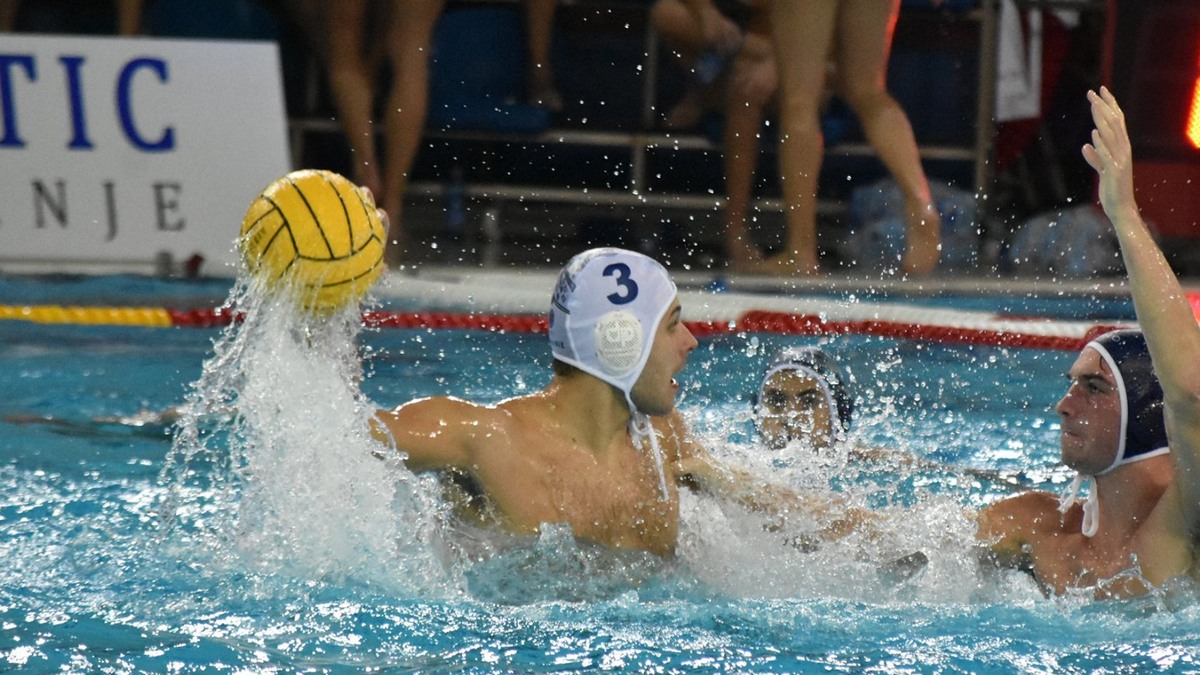 The hosts built an early 2-goal lead (2:0 and 3:1), but they couldn’t continue in that rhythm, while Jug found its play. The Croats netted three goals within 87 seconds and went in front (4:3). Crvena Zvezda’s center Stefan Pjesivac equalized with an extra player – 4:4. It was his third goal in the match.

But, after the first break, the match turned into a one-sided contest. Jug outplayed Crvena Zvezda in every aspect of the game. Crvena Zvezda’s defense couldn’t find a way to stop Jug’s attackers. The visitors opened the second period with five straight goals and went to 9:4 (14th minute). Crvena Zvezda made a lot of mistakes and paid for them. At halftime, Jug had a huge 11:6 advantage. Three players scored all 11 goals for Jug (Fatovic 4, Jokovic 4 and Kakaris 3).

Crvena Zvezda wasn’t able to recover from a shocking second period. Already in the middle of the third, Jug had a 7-goal advantage (14:7). Still, the Belgrade-based team reduced the gap by the end of the quarter.

Midway through the fourth period, Jug had an 8-goal advantage (19:11). Still, Crvena Zvezda avoided a defeat with a double-digit margin.

There were even 32 goals in the scoring festival in Belgrade, but only 11 players got on the scoresheet. Crvena Zvezda’s Ivan Basara was the best scorer (six goals). Maro Jokovic and Loren Fatovic netted five each for Jug.

The Germans started better. In the 2nd minute, they had a 2:1 lead. But Hannover couldn’t find the net in the following ten minutes, while Marseille scored five and jumped to a 6:2 lead. It seemed that the favorite would achieve an easy win. However, Hannover recovered and managed to half the deficit (5:7 and 6:8).

Defenses worked well in the third period. Both teams wasted several man-ups in this quarter. Marseille’s leftie Crousillat broke the deadlock and scored on an extra for 9:6. The second goal in this quarter came only two seconds before the buzzer. Vukicevic hit the back of the net and Marseille had a 4-goal lead again (10:6).

Hannover didn’t surrender and tried to catch up with the rival. But, they managed only to narrow the margin to three goals a few times. Everything was decided in the 29th minute. The hosts scored two goals within 37 seconds (Crousillat and Spaic) to go to 13:8 and secure the victory.

Spandau opened the match with a 3:0 run in the first quarter (Strelezkij scored the first two goals, Dedovic converted a man-up six seconds before the first break). A good start proved vital for the Germans’ victory.

Steaua was chasing the host throughout the next three quarters. The Romanians even cut the deficit to one goal a few times, but they didn’t equalize. In the middle of the second, Steaua came to 2:3, but Spandau netted three goals in the last three minutes of the first half and had a solid 6:2 advantage at the middle break. However, Steaua didn’t give in. In the 22nd minute, they came very close again (Georgescu converted a man-up for 6:7). Dedovic gave Spandau a three-goal lead (9:6) before the last pause.
There were no goals in the first four minutes of the last period. Then, three were scored in three consecutive possessions. Tkac converted a man-up for 9:6. Fulea responded immediately in the same way (7:9). Twenty seconds after, Kholod netted an action goal (10:7). In the remaining time, Steaua scored just one consolation goal.