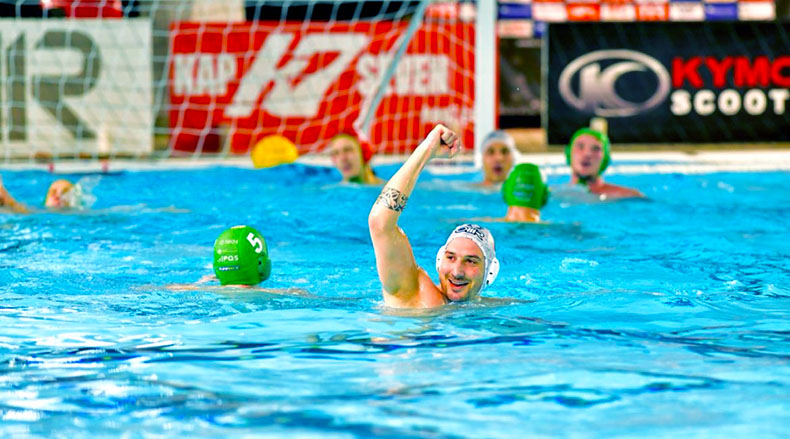 By soundly beating Super Cup winner Ferencvaros (HUN), Brescia is set to join fellow Italian side Recco and Barceloneta (ESP) as the teams which seem to be already on their way to the Final 8 from Group A. In the other group Jug (CRO) remained unbeaten as title-holder Olympiacos (GRE) could barely save a point at home. BPM (ITA) missed the big chance to build a seven-point gap ahead of the Greeks as they lost to Jadran (CRO), while 2017 champion Szolnok (HUN) got back into life after a great win in Zagreb. The scoring average per game broke the 20-goal barrier in this round.

Recco added its 8th win in as many rounds, though this time the Italians had a tougher test against Dynamo than two weeks ago their win was never in danger. On the contrary, Barceloneta came up with a much more convincing performance in Bucharest compared to their struggles at home on Day 7. The Spaniards led by eight goals in the fourth period before Steaua could net four connecting goals as a consolation.

Brescia could keep up with Barceloneta after earning a surprisingly overwhelming victory against Ferencvaros. The Magyars had a big comeback at home in the last 45 seconds but this time the Italian defense, headed by Marco del Luongo who produced brilliant saves, killed the fearful offensive line of the Super Cup winners (though they lacked their No 1 attacker, Denes Varga). Brescia now enjoys a 4-point  lead ahead of its rival and Ferencvaros might need to settle for a showdown for the fourth spot with fellow Hungarian side Eger which downed Zvezda with ease.

In Group B, Szolnok copied its 11-8 win from two weeks ago, this time in Zagreb which is quite a feat as the 2017 champions were the first team to beat Mladost in its pool this season. The big moment of the game came late in the second period when Viktor Nagy stopped a penalty preventing the Croats from coming back to 6-7, what’s more, Gergo Zalanki scored from the ensuing counter with 0:04 left for a 5-8 lead. The Hungarians maintained this gap until the end of the game and stayed very much involved in the hunt for the F8 berths.

Having played on Tuesday, they should watch the other games with a smile on their face as their closest rivals all had nightmares on Wednesday. Olympiacos seemed to sit comfortably in the driving seat by leading 7-4 at halftime against group-leader Jug. Then came a complete blackout for the Greeks, Jug had an outstanding spell and a 0-5 rush before two penalty goals ended the 13:48 minute-long drought of the hosts. Still, Jug took the lead once more but Konstantinos Genidounias saved at least one point for Olympiacos by scoring his 5th goal with 19 seconds to go. This draw put the Greeks on a level with Szolnok and that promises some huge excitements since only the top three sides qualify from here (Hannover, which earned its first win in the League defeating Spandau, has a guaranteed spot as the host of the F8).

Had BPM overcome Jadran once again, the Italians would have enjoyed a seven-point advantage ahead of the two champions of the last two seasons – instead they crashed in Split. Two weeks ago the Croats almost stunned them in Busto, now at home, it was their night and they managed to earn a great win in an extremely tense game with a handful of red cards. This loss might cost a lot for BPM in the chase for the F8 berths since their last two games are due in Szolnok then in Piraeus.

This round offered some brilliant entertainment for the fans with 162 goals in the eight games, lifting the average beyond 20 goals (20.25) per game, quite a rarity in the present-day water polo where usually the emphasis is put on defending.