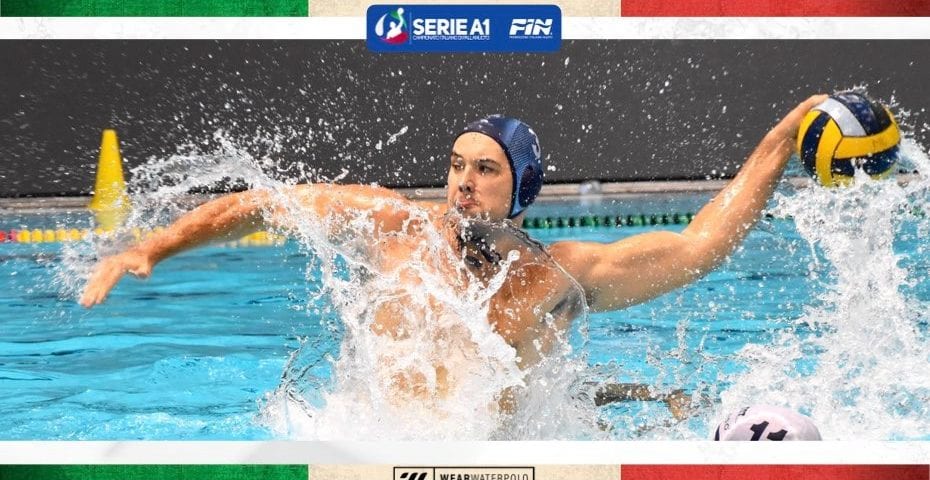 Titleholder Pro Recco and Savona started their campaigns in the 2020/21 Italian League with big wins. Pro Recco demolished Iren Quinto 17:4 in the postponed match of Day 1, while Savona beat the debutant in the Serie A1 Metanopoli convincingly – 14:6.

Pro Recco started slowly against Quinto. Thirty seconds before the first break, the score was 2:2. Recco broke Quinto with five consecutive goals and had an 8:2 lead at halftime. Led by Francesco Di Fulvio and Dusan Mandic, Pro Recco dominated the second half and cruised to a 17:4 win. This game was a debut in the Italian League for Recco coach Gabriel Hernandez. Two players debuted in the Italian Championship.Aaron Younger (Australia) scored two goals for Pro Recco in his first match in Serie A1. Japan’s Yusuke Inaba debuted for Qunto, scoring one goal. Iren and Recco already met this season. It was in the Italian Cup. That match was very similar to today’s encounter. In September, Recco celebrated an 18:4 victory.

Metanopoli, the newcomer in the Italian Serie A1, visited Savona. The home team proved who the favorite was. Savona quickly earned a 4:1 lead and maintained the 3-goal distance until halftime. Savona dominated the third period and secured three points before the final eight minutes.