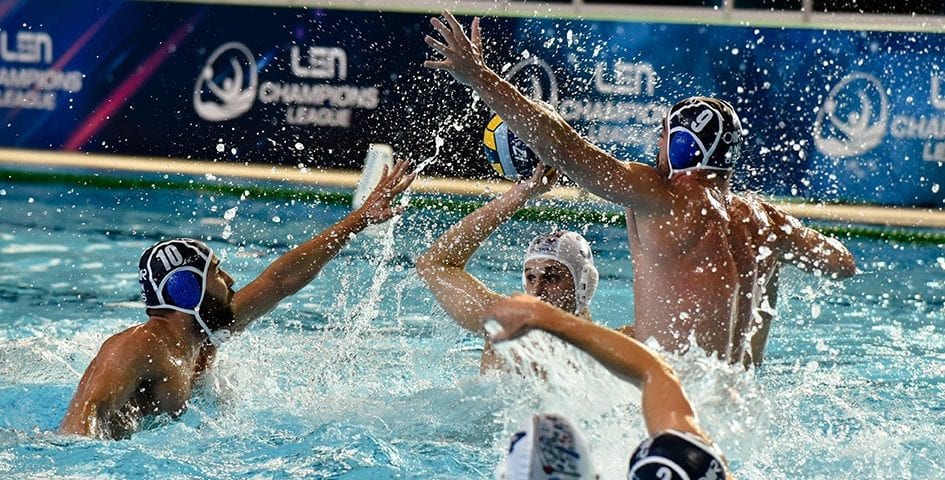 Brescia and Barceloneta completed the list of the semifinalists of the 2020/21 LEN Champions League.
Brescia beat Jug 12:10 and reached the semifinals for the first time in history (their best result until this year were 5th places in 2014 and 2016).

Barceloneta demolished Olympiacos 22:9 in the last game of Day 1. Nobody expected an outcome like that, but the Spaniards deserved this win. They completely outplayed the Greeks, whose play was far from a level needed for the Final Eight.
Brescia and Barceloneta joined Pro Recco and Ferencvaros, which secured the semifinals earlier today.

The shortest summary of the first day – Pro Recco is the only team from Group A of the Preliminary stage that advanced to the semifinals. 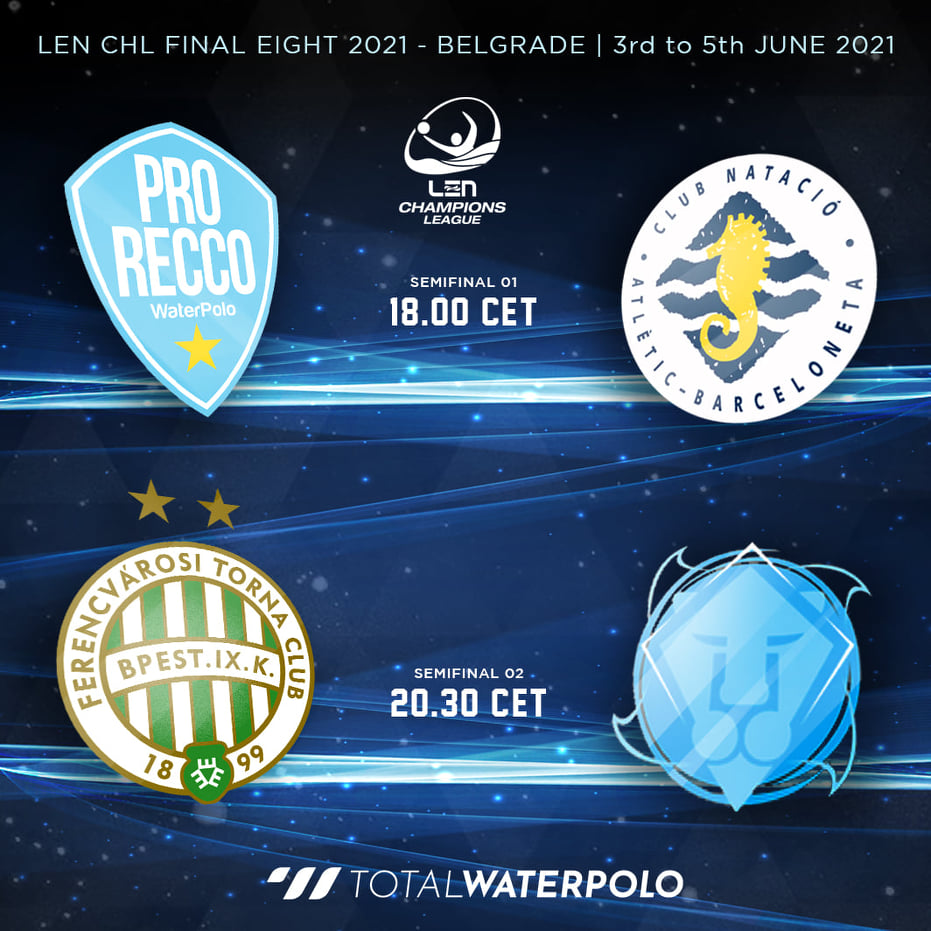 After two one-sided contests in Quarterfinals 1 and 2, the third match of the LEN Champions League Final Eight offered a lot of excitement. The encounter between Brescia and Jug was a great battle. There weren’t many turns. Brescia led for most of the time. The Italians controlled the game. Still, Brescia’s advantage was never bigger than two goals, and everything was open until the very end of the game.

Jug grabbed an early 1:0 lead after just 28 seconds of play. By the middle of this period, Brescia went in front (2:1), and kept a slim advantage until the end of the first period (3:2). The second quarter started in the same way as the previous. Loren Fatovic found the net from a distance and leveled the score (3:3). Fatovic scored the first three goals for Jug in this match, but after the third, Brescia managed to stop the best scorer of the Croatian team. Midway through the quarter, Brescia built a 2-goal lead (5:3). Jug caught up with the rival in the 15th minute (5:5). Vlachopoulos closed the first half with an action goal, and Brescia had an advantage at the middle break (6:5).

Vincenzo Renzuto Iodice gave Brescia a 7:5 lead with an excellent goal from the center-forward possession in the 17th minute. In the following minutes, Jug equalized twice (7:7, 8:8), but three seconds before the end of the quarter, Iodice converted a man-up and Brescia entered the final quarter leading 9:8.

In the middle of the last period, Brescia had a two-goal advantage (10:8), and was heading to a victory. But, one of Brescia’s key players, Vincenzo Renzuto Iodice was red-carded for a protest with 04:51 minutes to go and endangered his team’s win. But a turn didn’t happen. Jug reduced the deficit to one twice (9:10, 10:11). After that, the Croats had a few chances to equalize, but Brescia’s goalkeeper Marco Del Lungo was outstanding in the final minutes. He blocked a few shots in crucial moments. Giacomo Canella converted a 6 on 5 with 78 seconds left for 12:10 and Brescia secured the semifinals.

The champions of Spani and Greece (both are former European champions) faced off in the last match of the day, but the game didn’t look like an encounter between the champions of countries in which is water polo quite well developed.

Barceloneta opened the match excellently. The Spaniards dominated the first quarter and rushed to a 4:0 lead in the first six and a half minutes. But, that wasn’t the end of the series of goals. Barceloneta scored two goals from counter-attacks in the last 45 seconds of the quarter (Perrone and Aleksic) for 6:0. Granados stretched the margin to seven (7:0) and killed all suspense. The Greeks scored two consecutive goals for 2:7, but Barceloneta responded with eight to go 15:2 up and maintained a 13-goal difference until the final buzzer. Barceloneta ruled the field, and the final score depended only on them. Olympiacos suffered the biggest defeat in the club’s history.

Hoping to make a small contribution to the players’ health in the upcoming seasons, We decided to omit reporting on the remaining placement games from 5th to 8th place at the Champions League F8 tournament. Playing two additional games over two days to secure maximum prize money of 5000 € for your club, while risking potential injuries just a month and a half out of the Olympic games is something we do not understand nor condone