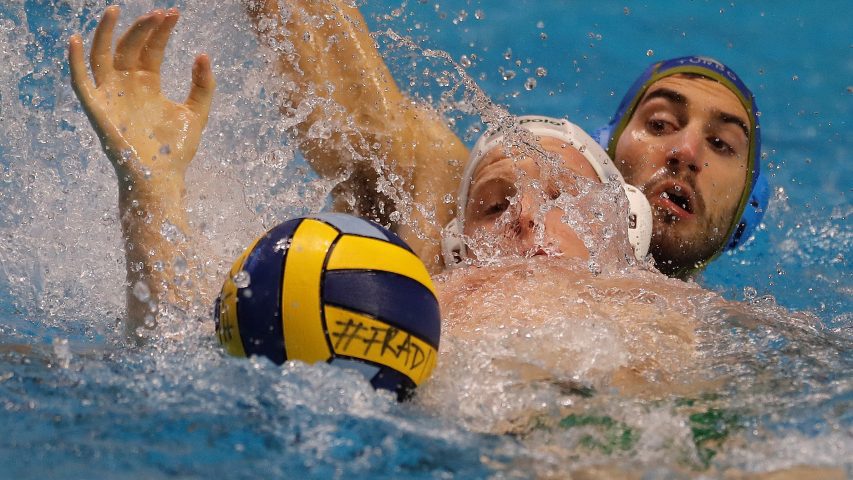 The first half of the Champions League Group Stage ends this week. The games of the 7th round will be played.

Many clubs have recently had problems with Covid infections, and their coaches can’t count on all their players. We’ll see if the current circumstances will affect the results.

But, as things stand now, none of the matches will be postponed. LEN Operational Manager Marco Birri said that LEN had intensified protective measures:

“Never ever we had such a busy calendar, the postponed World Championships don’t give us any room for rescheduling matches since we also want to respect the national competitions and the preparations of the national teams Now it is a common responsibility of the teams and the officials to ensure that the games go ahead amidst fair circumstances and only healthy players and staff members enter the pool. We tighten our measures, besides the mandatory PCR tests 48 hours before the matches, rapid tests must also be conducted on game day, and we also want to see everyone keeping the usual measures. Also, hosts must ensure that if spectators are allowed to the stands, only people with green passes should enter and all of them have to wear masks at all times and sanitasation and social distancing are also respected.” (source LEN Press Release).

Italian clubs Brescia and Pro Recco entered 2022 as the leaders of their respective groups. Both teams face demanding tasks in the 7th round. They will play against Croatian clubs. Brescia will host Jadran in Group A, while Pro Recco goes to Dubrovnik to play against Jug in Group B.

It seems that Brescia will have an easier match. The Italian champion plays against Jadran Split at home. But, many of Brescia’s players have been infected in the last ten days. Only eight of the players trained the previous week. Head coach Alessandro Bovo said that he didn’t know who would play tomorrow. But, Jadran also had a lot of problems with coronavirus. Some players are out of the team or aren’t fully prepared.

The derby of the 7th round in Group A will be played in Barcelona, where Barceloneta hosts Novi Beograd. Both teams have collected 10 points so far. The match is far more important for the Spaniards because they are in the race for the F8 berths. On the other side, Novi Beograd has slightly lighter pressure because it has a guaranteed spot at the Final Eight as the host. But, as one of the favorites, the Serbian side wants to prove that it deserved a place at the final tournament and targets the high rank in the group. Novi Beograd didn’t finish the last year as it hoped. It lost to Radnicki in the Serbian Cup final. A possible success in Barcelona would give an extra stimulus and help Novi Beograd recover from a loss in the battle for the first trophy in the season.

Serbian Cup winner Radnicki travels to Athens. Olympiacos is a favorite, but the Kragujevac-based side proved many times that it could surprise favorites. So, the Greek team, composed of Greek, Serbian and Croatian stars, can’t expect an easy task. Olympiacos aims to return to the winning track after losing to Brescia in the last Champions League round in 2021.

Dinamo Tbilisi, the only team that hasn’t taken a point, hosts 2019 European champion Ferencvaros. The Hungarians are heavy favorites here.

The match between Jug and Pro Recco is the highlight of the day in Group B. Pro Recco has recorded six wins since the start of the season. Moreover, the Italian club, coached by one of former Jug’s water polo stars Sandro Sukno, was very convincing in each of the six Champions League games this season. On the other side, Jug had ups and downs. The Croats closed the previous year with a loss to OSC in Dubrovnik. It was Jug’s second home loss this season (after it was beaten by Marseille). The Croats don’t have much to lose in the match against the European champion, but it can be an interesting encounter if the hosts do their best.

Marseille opened the Champions League campaign with a defeat to Pro Recco. But, after that, the French started a great run. They recorded five wins in a row (including victories over Jug in Dubrovnik and OSC in Budapest). Marseille will play against Crvena Zvezda, which has won only three points so far. Everything but the French’s victory will be a surprise. Still, it’s certain that Crvena Zvezda won’t surrender easily

OSC, encouraged by a win over Jug in Dubrovnik in the 6th round, seeks new three points in the match against Spandau in Budapest.

Steaua and Hannover will face in Bucharest. Both teams have slim chances of reaching the Final Eight, but Hannover is a step closer to the ticket for the F8.