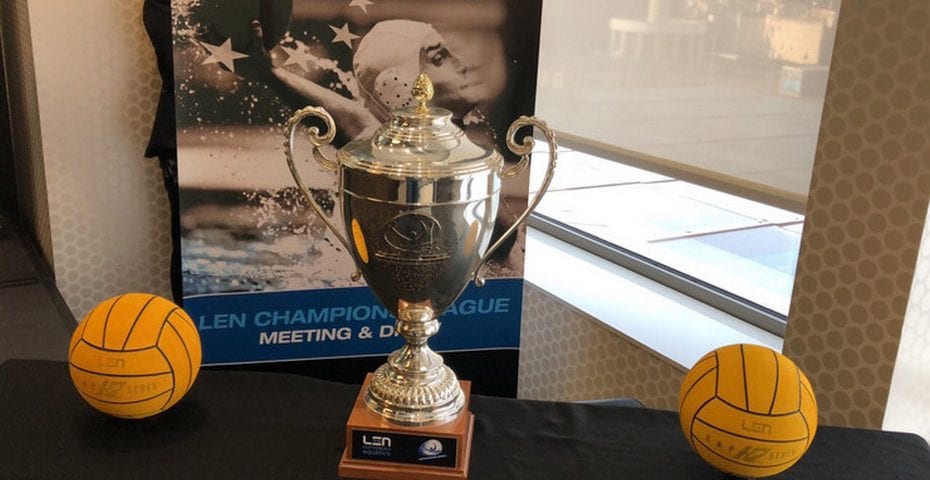 The hunt for the Champions League berths is coming to an end. The list of the participating clubs will be completed next week.

The last qualification round will be played in the next several days. The first leg of the playoffs (Qualification Round 3) is tomorrow. The return matches are on October 20.

The highlight of this stage is doubtless the Hungarian derby. Szolnok and OSC Budapest will clash in the replay of last season’s two finals. Szolnok won LEN Euro Cup and the Hungarian League last season, beating OSC in both finals. OSC hasn’t made many changes in the team since the two finals. Szolnok entered the season without a few players who were leaders in the last season. Best scorer of the LEN Euro Cup final Filip Filipovic moved to Szolnok. Goalkeeper Viktor Nagy, who saved three shots in the penalty shootout in the return match of the EC final, retired. Still, there is no favorite in this duel. Szolnok rejuvenated the team, but the club remains on the lists of the trophy contenders in Hungary and Europe. Both teams have more or less the same chances of reaching the Main Round

Jadran Split and Mladost Zagreb will face off in the Croatian derby. Both clubs have clinched trophies in this competition. Mladost has won the Champions League/Champions’ Cup seven times. Jadran has done it twice. Mladost had a very successful 2020/21 season, winning the Croatian League and the Cup. Jadran hasn’t won a trophy in the last 20 years. However, the present is very different from the past. In the past three months, Jadran renovated its team by bringing several outstanding players, while Mladost left without many experienced aces (among them are two goal-getters, Kharkov and Bukic, who moved to Jadran). A few days ago, Jadran defeated Mladost convincingly in the Croatian League (15:7). That win boosted their hopes of passing the last hurdle on the way to the Champions League. Jadran is the only team with three wins in the second phase played last week.

Brescia achieved its best-ever result in the Champions League last season by winning the bronze medal. The Italian champion will play against Barcelona, the 2nd-placed in the Spanish Championships. Brescia is considered the favorite in this duel, but it won’t have an easy task.

The other Italian club in the playoffs, Savona qualified for the playoffs without winning a game in the second round (Savona won 2nd place in the group in Szolnok with three draws). Savona’s rival is Crvena Zvezda, the winner of the group in Zagreb. Savona started the European season in the first qualification round and has had ups and downs so far. But, the tournament in Szolnok proves that Savona is a tough opponent, which is hard to beat. Crvena Zvezda, the 2013 European champion, reached the 2021 LEN Euro Cup semifinals, has been playing better and better in the last few seasons. Both games in this duel can be exciting.

The winners of the four duels will qualify for the Champions League, while the losers will play in the quarterfinals of the LEN Euro Cup.