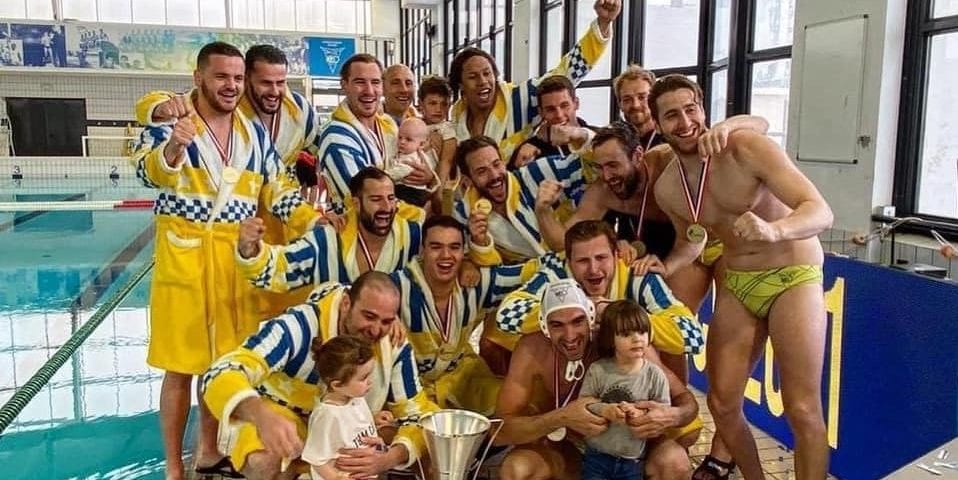 The 122nd edition of the French Water Polo Championship ended with no surprise.

Marseille, the heavy favorite, won the 38th title of the national champion. Marseille, which was founded 100 years ago, returned to the top after four years. This club was the champion in 2017. After that, Strasbourg won two back-to-back titles, while the previous season was canceled.

The favorite didn’t have an easy task in the final. A total of 54 goals were scored in two games. Marseille’s opponent was Noisy-le-Sec, which debuted in the French final this season. There was no winner in the 1st leg (16:16). The second encounter was exciting too, but Marseille managed to beat Noisy on home soil – 14:11.

Marseille dictated the pace in the first eight minutes and earned a 2-goal lead (3:1 and 4:2). Still, Noisy opened the second quarter with two quick goals to equalize (4:4). Midway through this period, Marseille went in front again (5:4).

Still, Noisy continued its chase after a 3-minute break. The Parisians caught up with the hosts three times (5:5, 6:6, 7:7). Midway through the third quarter, Marseille gained momentum and went 10:7 up before the final period.

The visitors came close again in the 27th minute (10:11). But, Marseille responded immediately with two goals in 50 seconds (Prlainovic from a penalty and Vernoux) and stretched the margin to three (13:10). Noisy had no response. Marseille maintained a 3-goal difference until the final buzzer and celebrated the title with their fans. A limited number of spectators was allowed at the game.

It turned out that the first game, played in Montpellier, was decisive for the outcome. Montpellier earned a 4-goal advantage in the first game. That advantage was never in danger in Strasbourg. The second game was an even contest, with a lot of twists and turns. But, neither of the teams managed to build a 2-goal lead during the first three periods. Before the final quarter, Montpellier had a 6:5 lead. Strasbourg equalized after less than a minute of play in the fourth. But, Montpellier produced a 3:0 rush after that. The visitors earned a 9:6 lead and killed all suspense.