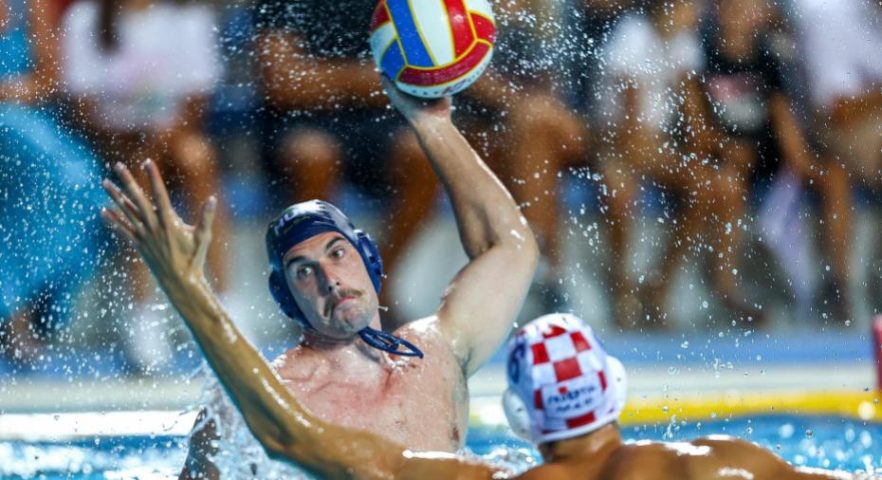 Croatia took a 10-9 victory over Hungary tonight in an international friendly played in Sibenik.

After a poor start for the Croatians, the home side settled, and made the Magyars pay for their ill-discipline, scoring seven extra-player goals. Matias Biljaka made it two goals from two attempts in the match – with the other Croatian goal scorers were: Loren Fatovic (2), Jerko Marinic Kragic (2), Luka Bukic, Marko Zuvela and Andrija Basic.

The Hungarians came out of the traps with a really dynamic intensity to their game, but Zsolt Varga’s new-look Hungarian side couldn’t maintain the momentum throughout the match. Krisztian Manhercz, Vendel Vigvari and Toni Nemet all bagged two goals, and while there were little pockets of quality tonight,  the Hungarians struggled to find consistency in attack.

The hosts started dreadfully, conceding three goals off the back of some swift Hungarian attacking movement. Toni Nemet opened proceedings with the easiest of scores on the post (extra-player), before Krisztian Manhercz scored his breakaway 1 on 1 with style. It was the finish tucked away at the back post by Szilard Jansik for Hungary’s third that prompted Ivica Tucak to call a much needed timeout.

Croatia did improve as the period went on, and while Nemet added a fourth for Zsolt Varga’s side, a nice far-post finish from JUG youngster Marko Zuvela, complimented by scores off the arms of Matias Bilijaka and Loren Fatovic put the score at 4-3 after eight minutes.

The Hungarians didn’t quite carry their penetrative attacking play into the second, and before long, Croatia were back on terms via Loren Fatovic.

But Hungary once again restored a two goal lead; Krisztian Manhercz converted spectacularly via a shot with real venom off the right hand side of Marko Bijac’s goal, before a great steal by Akos Nagy left him with the length of the pitch to sprint, before slotting home for 7-5.

The Croats were level once more before half-time though, as Lukic Bukic finished a smart set-play off a extra-player move, before Jerko Marinic Kragic made no mistakes from a 5m penalty (7-7).

Into the third, Hungary positioned their noses ahead via Vendel Vigvari’s second of the game from distance, but soon Croatia had the lead for the first time, firstly with a man-up goal from Jerko Marinic Kragic, before Ivan Krapic scored his first of the game to give the home side a 9-8 advantage into the last.

Hungary struck back wonderfully at the beginning of the last quarter. Gergely Burian had a speculative top-corner effort on the right hand side that gave Bijac absolutely no chance in between the sticks.

Croatia though soon scored a tasty goal themselves, with Andrija Basic being afforded far too much respect (and time) on the top of the perimeter to drive his shot into the bottom left-hand corner of Marton Levai’s goal. The Red and White Squares then missed a huge opportunity to make it 11-9, with Josip Vrlic somehow missing a shot off the crossbar from close-range.

But in the end it was academic, as Croatia had done enough in defence to prevent Hungary finding the goal they needed.