Day 1 of Junior European’s: Lots of goals, but not much competition

The first day of the Women’s European Junior Championships got underway today in Sibenik, Croatia, as the competition saw first wins for Israel, Serbia, France, Greece, Croatia and Germany.

The very few spectators that were present were treated to a bonanza of goals, but almost none of the games were competitive with regards to the scoreline. Croatia beat Malta by thirty-one goals, Greece beat Ukraine by twenty-seven goals and France beat Turkey by nineteen goals. Whilst it is fantastic to see so many teams participating, perhaps it may be time to introduce a qualification element as is already present with the men’s competition.

We still await the first glimpse of big hitters such as Spain, Russia, the Netherlands, Hungary and Italy – who all play tomorrow.

In the other game in group A, a disastrous first and third quarter from the Czech Republic enabled Serbia to secure a well-deserved three points. 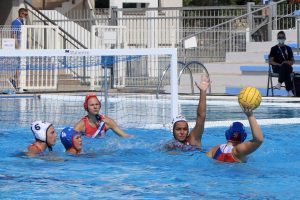 France took apart Turkey in their opening fixture thanks to nine goals to Ema Vernoux. The teenager who plays for Nice and the France senior national team, was one of the Championnat de France Elite’s highest scorers last season. She is no doubt the key to her side’s progression at this tournament, as well as the progression of the senior national team going forward.

Greece also won convincingly as their top shooters had a field day against Ukraine. Tricha Foteini scored six, whilst Nefeli Chaldaiou and Dionysia Koureta both found the back of the net on five occasions. Only one of Greece’s field players failed to score in the match. 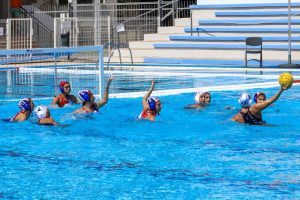 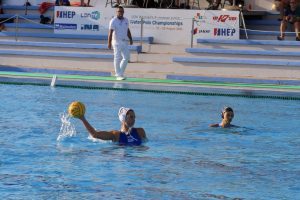 Croatia is a nation entrenched in a rich water polo history for the men’s national teams, but the women’s side has never really matched the same potential. However, the junior women today destroyed the Maltese by more than thirty goals – even their goalkeeper, Latica Medvesek scored. Number 10, Iva Rozic, of Posk 1937 based in Split, was the second player of the day to score nine goals.  They will no doubt have a tougher contest tomorrow against Russia.

Germany were equally as dominant in their opening game against Romania. They have given themselves a great chance of finishing second, so long as they can beat Croatia or Russia. 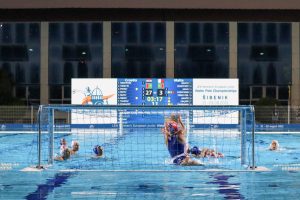