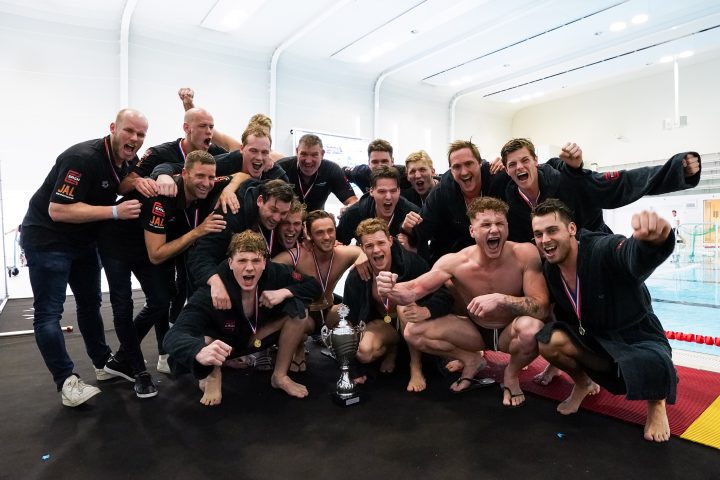 On Sunday the women of Polar Bears and the men of ZV De Zaan won the Dutch national cup.

The men of ZV De Zaan, which never became champion and never won the cup, was much too strong for cup holder UZSC in the final in The Hague: 10-7 (3-2, 3-2, 3-1, 1 -2). In the semifinals, De Zaan and UZSC had knocked the numbers one and two of the competition, AZC and Het Ravijn, out of the tournament.

In the final, Pascal Janssen made all of De Zaan’s goals in the first period and the only 16-year-old Daan Bakker scored twice in the second quarter. At that time, UZSC was still allowed to dream of the cup, but after that De Zaan steadily increased the lead with an outstanding goalkeeper Ted Huijsmans. ZV De Zaan went from 4-6 to 5-10 at the start of the fourth period via goals from Jurriaan van der Struijk, Mick van den Bree, Phil Brantjes and Don Rempt.

In the final on Sunday it was exciting for a long time. After the first period it was 2-2 and Polar Bears took a small lead via Lola Moolhuijzen and Jill Oort. But in the third period, ZV De Zaan showed resilience. Jessie van der Kamp brought De Zaan back into the game with two goals in a row (4-4). Moolhuijzen’s third goal ensured that Polar Bears entered the last period with a small lead. Then Koen de Weerd’s team showed its class. Storm Willemsen (2x), Fleurien Bosveld and Feline Voordouw put a safe margin on the board (4-9). 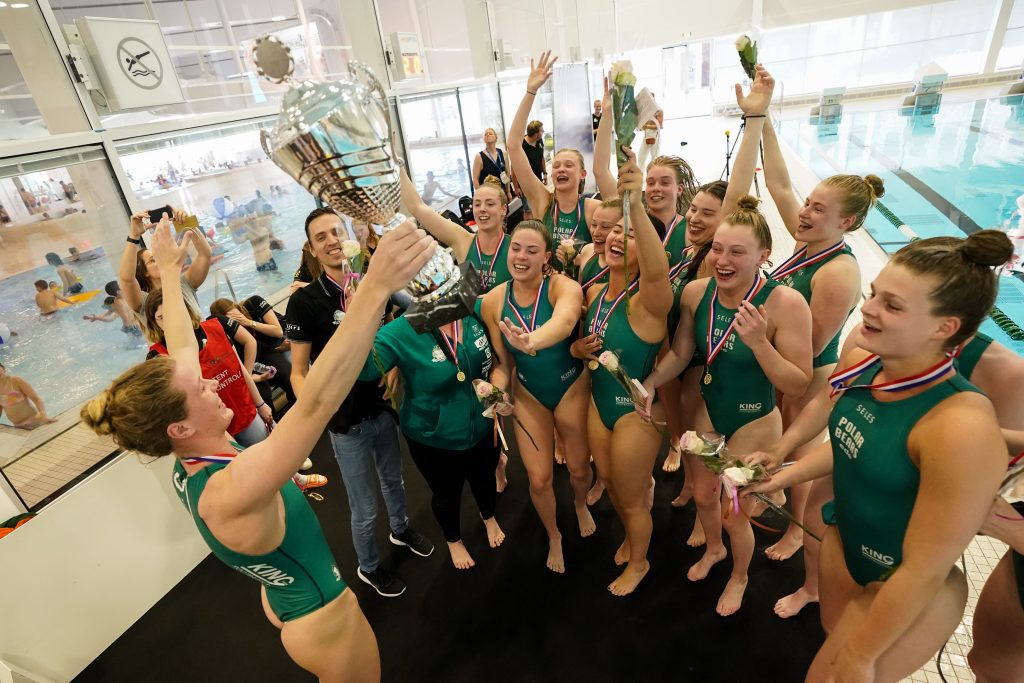 DEN HAAG, NETHERLANDS – MAY 8: Fleurien Bosveld of Polar Bears lifts up the cup and celebrates with her team mates during the Womens KNZB Cup Final match between ZV De Zaan and Polar Bears at the Hofbad on May 8, 2022 in Den Haag, Netherlands (Photo by Rene Nijhuis/Orange Pictures)