The Final Four was played in Moscow. The tournament was, actually, the finish of the 2019/20 season. The quarterfinal matches were played in December and February. The competition was interrupted because of the pandemic, but the Federation decided to complete the Cup. To remind, the Russian Federation didn’t cancel the 2019/20 league. The ranking before the suspension was approved as the final standings. Sintez Kazan won the title. The new season started in mid-September.

Unfortunately, only three teams played at the Final Four. Spartak Volgograd withdrew a day before the start of the tournament, due to the epidemical situation. The whole team has been quarantined after they underwent coronavirus testing.

Baltika produced the biggest surprise of the quarterfinals, played in December and February. It ousted Sintez Kazan after two exciting games (9:9 in Kazan and 12:10 in Saint Petersburg).

The Saint Petersburg-based team started well in the semifinals. The first half was quite balanced. Dynamo was ahead for most of the time, but the score was 5:5 at halftime. However, the hosts dominated the third and fourth quarters. Dynamo opened the third quarter with four goals in a row for 9:5 and controlled the match until the end.

There was no excitement in the final match. Dynamo Moscow started excellently. The hosts’ defense, led by a 48-year-old goalkeeper Nikolay Maksimov (the silver medalist at the 2000 Olympics) did a great job in the first half. Dynamo Moscow jumped to a 6:0 lead before the team from Astrakhan Region found the net for the first time, late in the second quarter. By the last break, the Moscow-based side earned an 8:1 lead and slowed down in the final eight minutes. 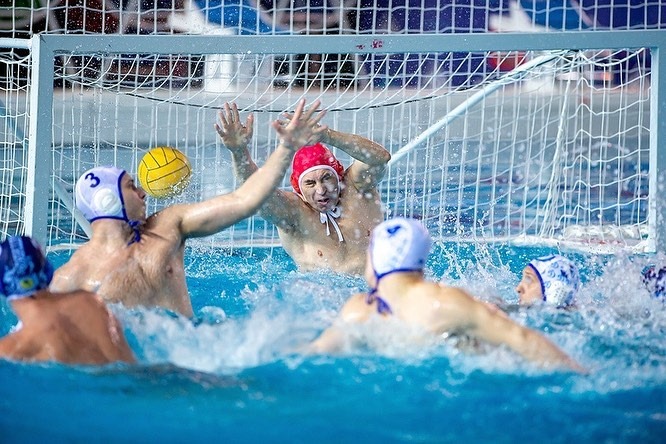 After today’s victory, Dynamo Moscow has 14 trophies of the national cup in its treasury (nine Russian Cups and five the Soviet Union Cups ).

The Russian Cup has been played since 1993. Spartak Volgograd is atop all winners’ list with 11 trophies, Dynamo Moscow won nine Russian Cups, Shturm-2002 has three trophies, Sintez Kazan two, etc.