Euro Cup, Qualification Round I – Summary 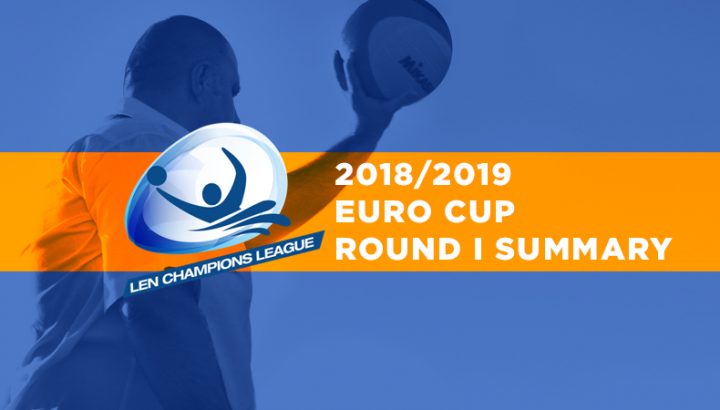 Both Hungarian and Croatian sides made the next round, joined by teams from France, Italy, Spain, and Montenegro. Italy ended this round 1-1 (one through, one out), just like France while both German and Serbian clubs bowed out during the weekend.

OSC (HUN) passed their first test in style in Rijeka (CRO), though they put themselves into some trouble on the last day letting the hosts gain a 3-0 lead in the first period and were still trailing 6-5 at halftime. However, in the third, the Hungarians – regular Champions League participants in the previous three years – showed their real power by scoring seven goals in a row to maintain their clean sheet.

The sad signs of the decline of 7-times Champions League winning side Partizan (SRB) were painfully visible here as Primorje thrashed them in the game-deciding the second spot thus the Serbs’ European campaign already came to an end.

CN Marseille (FRA) did a splendid job in Group B – after shutting out Neukolln (GER) 15-0, and a hard-fought win over Mornar (CRO), they knocked out Savona (ITA) on the closing day. Thus the three-time (2004, 2011, 2012) winner of the trophy didn’t make the cut this season as the Italians had lost to Mornar on an opening day. In that game, the Croats led 2-6 at the beginning of the fourth but Savona hit three in a row and had a couple of possessions to force a draw but couldn’t level the score at the end.

Host CN Barcelona (ESP) was in trouble on an opening day against Olympique Nice (FRA) in Group C as they were two goals behind before the last period but scoring 5 straight goals they managed to take the upper hand. Next day BVSC (HUN) crushed the French by nine so on Sunday the two advancing sides could stage a thrilling match, where the Spaniards could hold on for a tight 9-8 win.

In Group D a real Greek drama unfolded as the host side Ydraikos lost to both qualifying teams amidst super-exciting circumstances in the dying seconds of the respective clashes. The home team netted the equalizer against Kotor (MNE) with 46 seconds to go but the Montenegrins scored the winner 25 seconds later.

Even more heart-breaking was the way they went down against Ortigia (ITA) where the Greeks took a 5-4 lead 1:14 from time but the Italians managed to go even with 0:45 remaining and added the winning goal from another man-up just 0:02sec on the clock.

The draw for the second qualification round will be conducted in the LEN Office in Nyon on Monday.