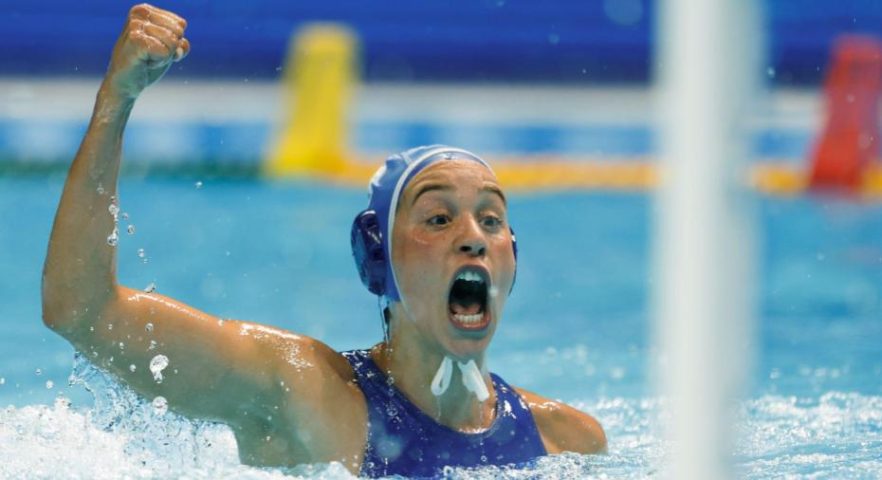 The first day of the 35th European Championships was a mixed bag in terms of excitement, but there was certainly drama in two of the games in either group.

There is nowhere else to start in Group A but with the a hugely entertaining game this evening which saw Eleftheria Plevritou score a goal 8 seconds from time to give Greece a 9-8 victory over Hungary.

Greece were the better side, and probably should have won by more, but for an enormous comeback from the Hungarians in the last quarter. Greece missed two penalties, one of which was saved magnificently by Alexandra Kiss. In the absence of Rita Keszthelyi, Greta Gurisatti stood up and did the best she could for team (scoring three times).

In the first game of the day, Germany had slightly more quality in what was otherwise a tight game. Left-hander Belen Vosseberg, who is rumoured to be playing in Hungary next season, hit seven goals for her nation, as they could make it two from two if they beat Croatia tomorrow.

Speaking of Croatia, the dream of potentially causing a huge upset at their home games was cut short very quickly for Aljosa Kunac’s young side, bowing to a merciless display from the Dutch. It was like a training session for the Netherlands at times; Sabrina Van der Sloot (4), Kitty Joustra (4), Viv Sevenich (3) and the returning Maartje Keuning (3) were all well on target.

Group B looks as you would expect with Spain and Italy both winning their openers against Serbia and Slovakia respectively. But it was Israel who are the headliners, with a hard-fought win over a disappointing France. In what was a really gritty and physical game, a nightmare third quarter for Emilien Bugeaud’s side (4-1) saw them fall too far to recover. Alma Yaacobi was influential, with four goals, as Israel will be confident going into their game with Slovakia tomorrow.

Spain’s campaign to retain their title got off to the easiest of starts against Serbia. All of Miki Oca’s team found the back of the net at least twice, in a 32-2 rout. Sabadell’s Irene Gonzalez converted five times.

The Setterosa were equally as clinical as Spain – they trounced Slovakia 26-1. Valeria Palmieri hit the back of the net five times, accompanied by hat-tricks for Silvia Avegno, Sofia Giustini, Claudia Marletta and Roberta Bianconi. 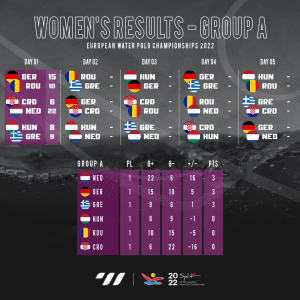 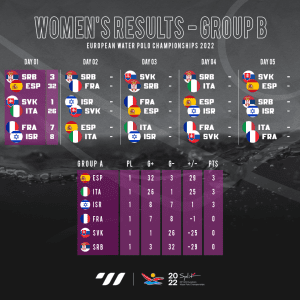