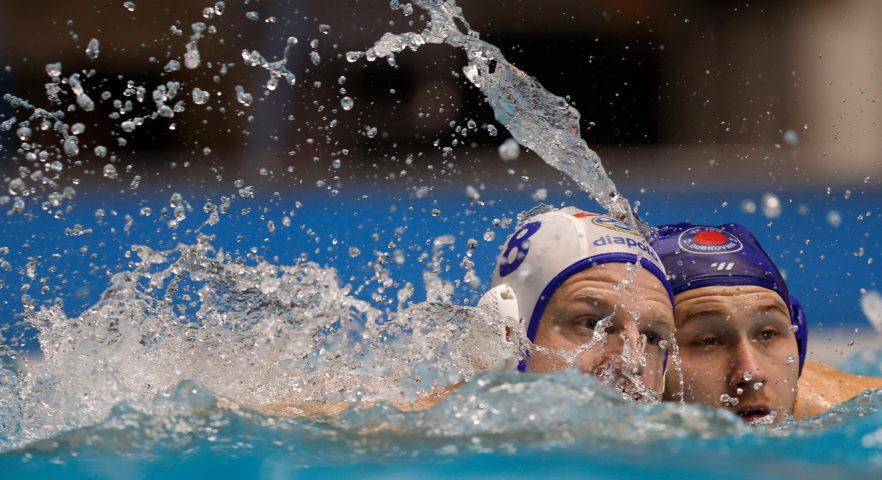 Two Champions League games played in Budapest this evening offered a lot of excitement, and the home teams can be satisfied with the scores.

Ferencvaros beat Novi Beograd (14:12). The visitors, who had only 11 available players on the roster, started well. But, in the middle of the game, Ferencvaros took control. It built a 4-goal lead in the third period. Novi Beograd cut the deficit to one goal in the fourth quarter. However, the Serbs couldn’t equalize and they suffered their first loss in the Champions League season.

OSC and Jug Dubrovnik shared the points (9:9). Jug dictated the pace in the first two periods. Still, OSC tightened its defense in the second half and was very close to a victory as it led 9:7. But, Jug saved the point with two late goals.

As expected, Brescia beat Spandau in Berlin (16:10) and, after Novi Beograd’s loss, it returned to 1st place.

Ferencvaros has had problems with injuries in the last few weeks, but almost all key players were on the roster. Only goalkeeper Soma Vogel didn’t play.

Despite all the troubles, Novi Beograd was the team that dictated the pace in the opening minutes. The Serbs had a 2-goal lead in the first quarter (2:0, 3:1). In the sixth minute, they had an excellent chance to go to “+3” from a penalty shot. But, Granados failed to score, Szakonyi saved his shot.

Ferencvaros took control in the second half. The hosts consolidated their defense. Novi Beograd started losing its rhythm. Ferencvaros was climbing back step by step. In the 14th minute, the hosts went in front for the first time, after Argyropoulos scored from a 6 on 5 for 5:4. But, Cetkovic replied immediately in the same way, converting a man-up to level at 5:5. Still, the hosts regained a lead quickly, as Ubovic scored an action goal to make it 6:5.

Adam Nagy, who was outstanding this evening, scored two back-to-back goals in the first 81 seconds of the second half. In the middle of the quarter, Denes Varga netted for 9:5. Immediately after, Savo Cetkovic ended Ferencvaros’ 4:0 series with a power-play goal. Still, Ferencvaros rebuilt a four-goal advantage and kept it until 11:7. Novi Beograd’s Radomir Drasovic closed the third quarter with two goals in the last 123 seconds. Novi Beograd came very close to the rival (9:11). Ferencvaros had a man-up in the last five seconds of the quarter, but Coimbra saved a shot from Damonte. So the Serbs were still in the game before the final eight minutes.

In the opening minutes of the fourth quarter, Coimbra posted a few nice saves and boosted his team’s self-confidence. Radomir Drasovic continued his series with a third goal in a row for 10:11 (26th minute). However, the Serbs didn’t equalize. They hit the post a few times. 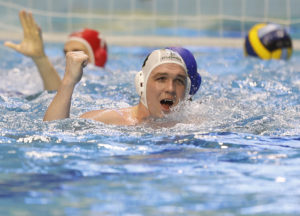 Ferencvaros secured the win with two goals in 39 seconds. First, Merkulov hit the back of the net from a distance. Then, Fekete scored with an extra player and the hosts gained a 3-goal lead (13:10) with 02:32 minutes left on the clock. Novi Beograd fought hard, but Ferencvaros kept the win.

“Considering the fact that we had only 11 players, the result is realistic. I congratulate my players who fought hard from the beginning until the very end. I congratulate Ferencvaros, too. They played well and deserved three points.

“One of the keys to our victory was that Novi Beograd had 11 players. We imposed our rhythm at the end of the second quarter, and they couldn’t keep with us in the third quarter. I congratulate my players. I am proud of them.

Although OSC scored an opening goal already in the second minute and kept that slim advantage until the 5th minute, Jug earned a 3-goal lead in the first quarter. Kakaris put the visitors on the scoreboard in the 5th minute. Veteran Maro Jokovic beat the buzzer, scoring for 4:1 just a second before the end of the first period.

OSC came back into the match. In the middle of the second period, Aranyi converted a man-up for 3:4. Still, in the next possession, Jug’s youngster Toni Mozara netted a nice goal from the deep right. In the last minute of the first half, Jug rebuilt a 3-goal lead after Konstantinos Kakaris converted a man-up (6:3). But, OSC’s Danial Angyal closed the first half, scoring from a penalty shot. It should be mentioned that Jug’s goalkeeper Toni Popadic saved a penalty shot from Krisztian Manhercz a few minutes earlier. But he couldn’t stop Angyal.

During the middle break, OSC’s head coach Daniel Varga switched goalkeepers. David Bisztritsanyi replaced Marton Levai. It turned out to be a good move. OSC’s defense was excellent in the second half.

At the beginning of the third quarter, OSC’s Krisztian Manhercz scored his first goal in the match after many missed chances. In the next attack, Biljaka doubled Jug’s advantage, but in the following minutes, the hosts dominated. They produced a 4:0 run and earned a 9:7 advantage (28th minute).

Jug’s goalless phase lasted for more than 11 minutes. It was ended by Loren Fatovic, who converted a man-up for 8:9 with 02:33 left on the clock, and Jug was back in the game. 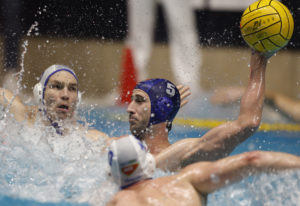 Maro Jokovic leveled at 9:9 with 40 seconds to go with a nice long-distance shot.

OSC had a chance to take all three points, it earned a man-up 21 seconds before the buzzer, but the Hungarians lost the ball and Jug saved the point.

Spandau, which defeated Ferencvaros two weeks ago, couldn’t surprise Brescia. However, the Germans proved that they could cause trouble for the best European teams. The Italians needed a lot of time to secure a solid advantage.

The Berliners led 2:1. Brescia replied with three goals and earned a 4:2 advantage, but Spandau halved the deficit twice (3:4, 4:5). The finish of the second quarter was crucial for the outcome. Brescia netted three straight goals within 01:31 minutes. Di Somma scored two and Vapenski added one to give the visitors an 8:4 lead in the 15th minute. But, that wasn’t the end. Di Somma hit the back of the net again with 44 seconds left on the clock in the first half and the Italians earned a huge 9:4 advantage. Kholod answered immediately with a goal from a penalty shot. Spandau trailed 5:9 at the middle break, but there was no way back for the hosts.

In the middle of the third quarter, Shepelev netted for 6:9. But, Brescia produced a new 3:0 run. It jumped to 12:6 and maintained a 6-goal difference until the final buzzer.

Sabadell, led by Sergi Cabanas, recorded its first win in the 2022/23 Champions League and revived the hopes of qualifying for the F8 tournament. Sabadell caught up with Marseille in points. Both teams are now four points away from 4th-placed Jug.

Sabadell was always in front. Marseille leveled just once (1:1).

The hosts broke the French’s resistance in the middle of the game. The finish of the second quarter and the beginning of the third were vital for the Spaniards’ win. After a 3:1 first quarter, Sanahuja opened the second quarter with a goal from a counterattack for 4:1. The hosts had a 5:2 lead. Marseille tried to come back. It reduced the gap to two twice (2:4, 3:5). Sabadell scored two unanswered goals in the last three minutes of the second quarter and entered the third period with a 4-goal lead. At the beginning of the third, Banicevic widened the gap to five (8:3) and, it was more or less clear that the visitors couldn’t come back.

In the following minutes, Sabadell maintained a 3-goal or 4-goal advantage. A minute and 27 seconds before the end, Cabanas added his 7th goal for 13:9. Two late goals by Marseille couldn’t change anything.