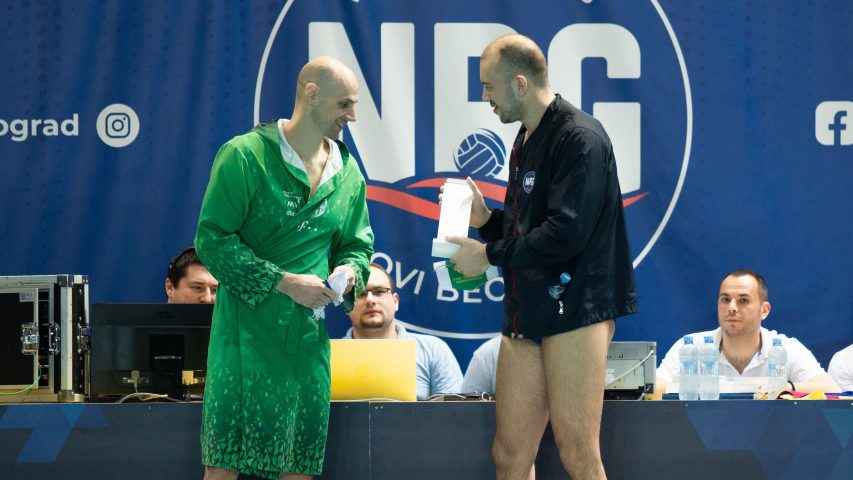 The outcomes of two big derbies played on the Champions League Day 11 caused new ups and downs in the standings of Group A. The battle for the F8 tickets has been becoming more and more interesting.

Ferencvaros defeated Novi Beograd in Belgrade (14:11) and returned to the chase for the spots at the Final Eight. At the same time, Barceloneta outplayed Olympiacos in Barcelona (9:5). Barceloneta conceded only three goals in the first 24 minutes, and that was vital for the home team’s win.

Only three teams will qualify from Group A, since Novi Beograd secured its spot as a host. It is almost sure that Brescia will join Novi Beograd. Ferencvaros, Olympiacos and Barceloneta are contenders for the remaining two berths.

Brescia benefited from Novi Beograd’s loss. The Italians increased their advantage head of 2nd-placed Novi Beograd. Brescia has won 26, and Novi Beograd 20 points. Barceloneta caught up with the Serbs in points, but Novi Beograd is still in 2nd place, because of a better score in head-to-head matches (the match in Barcelona ended in a draw, Novi Beograd beat the Spaniards in Belgrade). Olympiacos and Ferencvaros share 4th and 5th place, with 17 points each (they shared the points in the first match in Budapest, and will face off in Athens in ten days). Radnicki is six points behind the Greeks and Hungarians. Jadran has collected nine, and Dinamo is still without a single point.

Before the derby in Belgrade, a special awarding ceremony was held. The captain of Novi Beograd, Dusan Mandic, received our Total Player Award 2021, as the best player last year in the voting of our expert jury. Ferencvaros captain Denes Varga, the winner of the previous award (for 2019), handed the trophy to Mandic before the match (pictured in the header image).

Ferencvaros was the team that dictated the pace in the first quarter, thanks to a perfect percentage of extra player shots (4/4). The hosts scored the first goal (1:0), but the visitors took control. They went to 5:2 (6th minute). Dusko Pijetlovic converted a man-up for 3:5. However, the Budapest-based side had a 3-goal advantage at the first break. Ferencvaros’ earned a penalty shot in its last possession in this quarter. Daniil Merkulov sent the ball into the net from the 5m line (6:3). 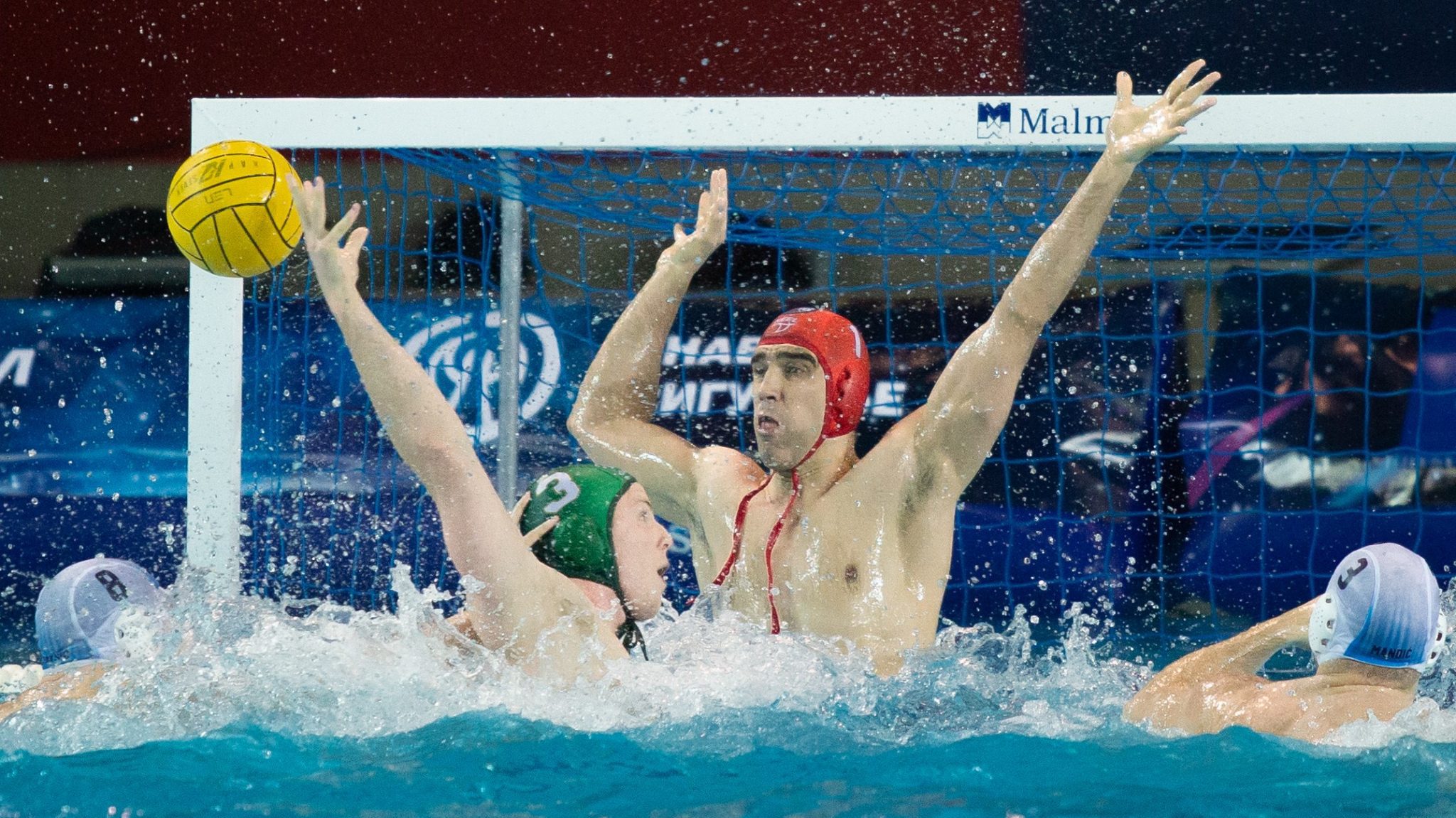 After even nine goals in the first quarter, both teams tightened their defenses in the second period. But, the visitors increased their lead. Szilard Jansik scored an action goal and made it 3:7 (13th minute).

Luca Damonte gave Ferencvaros an 8:3 advantage in the 18th minute (the visitors’ fifth converted man-up in the match).

Dusko Pijetlovic ended the Serbs’ goalless phase that lasted 10 minutes. The home team added two more goals to narrow the big difference and come back into the battle (6:8). Each team scored a goal apiece until the end of this period (7:9).

The fourth period started with a quick exchange of goals. Gergo Fekete scored for 10:7, Strahinja Rasovic responded for 8:10. Midway through the fourth quarter, the Hungarians scored two action goals within 36 seconds (Vamos and Molnar). They rebuilt a 4-goal lead (12:8) and held off all Novi Beograd’s comeback attempts. 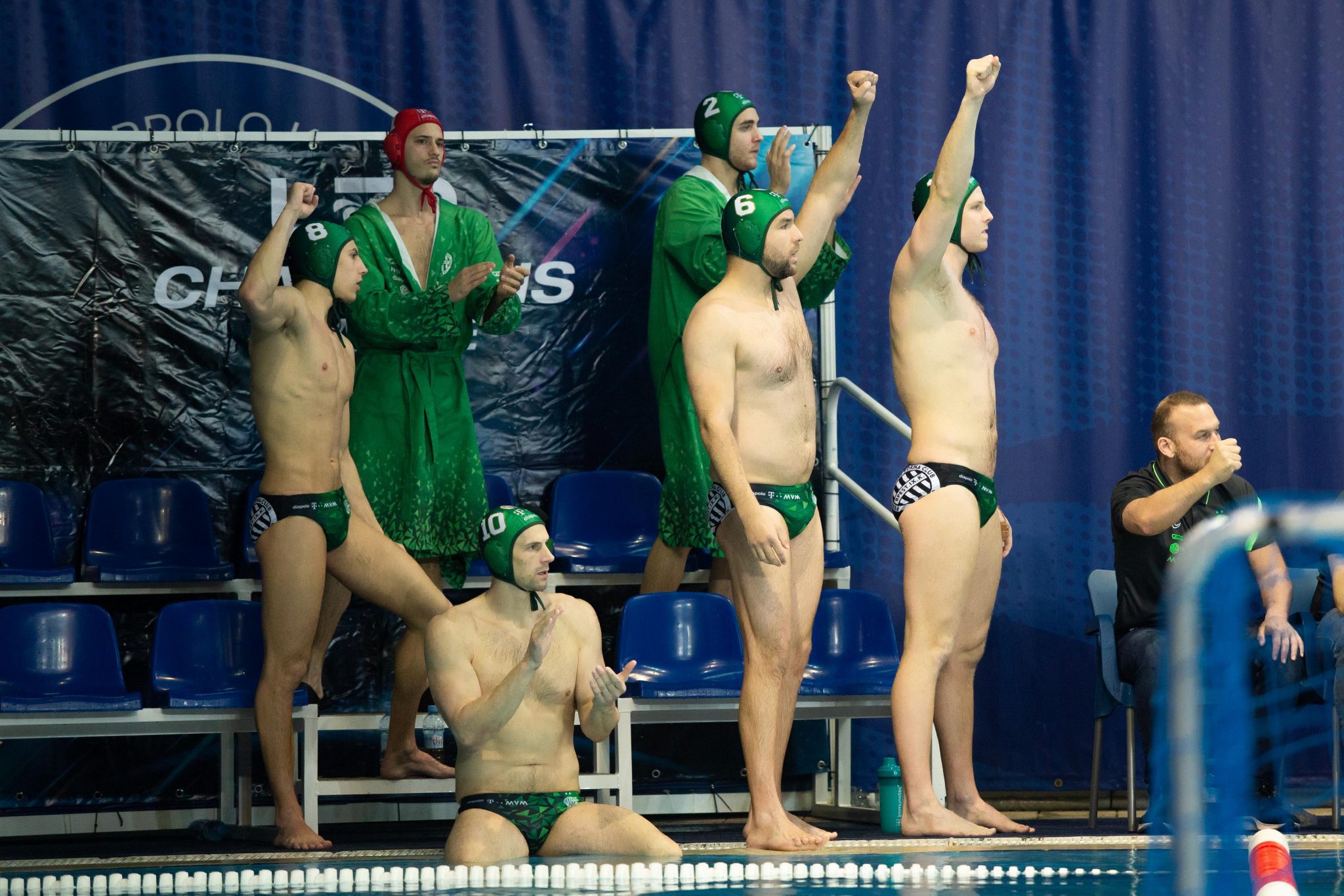 Zsolt Varga, Ferencbvaros’ coach must be satisfied. After a convincing loss to Barceloneta in Budapest suffered a month ago, his team got back into the race for spots at the Final Eight.

“I congratulate both teams. This was a very tough battle. Our defense worked very well. Our goalkeeper did a good job. We blocked a lot of shots. The good defense was a stimulus for our attack. We managed to break Novi Beograd’s strong defense”, Varga said.

“Ferencvaros was a much better team today and deserved the win. We made too many beginners’ mistakes. We played the complete opposite of the tactics we agreed on before the game. The bad start was crucial. We consolidated ourselves afterward, we started coming back from time to time, but we failed to catch up with Ferencvaros.”

The game was very similar to the encounter between the same rivals in Athens, played in November (8:4 for Olympiacos). The defense was the key to success, but the Spanish team was the side that dominated this time and celebrated a victory to take revenge for a defeat in Athens.

Two early goals from Barceloneta set the tone of the match. After less than three minutes in the first period, the hosts gained a 2:0 lead. Olympiacos started chasing its rival, but it couldn’t equalize. The Greeks halved the deficit twice (1:2 and 2:3). However, after the visitors’ second goal, Barceloneta responded with two in two minutes (Munarriz and Larumbe) for 5:2. Just 13 seconds before the middle break, Filip Filipovic netted a nice goal from a distance. Only two goals separated the rivals at halftime (5:3).

It seemed that Olympiacos could come back into the match, but the hosts killed all the Greeks’ hopes in the third period. Luke Pavillard opened the second half to give Barceloneta a 6:3 advantage (17th minute). There were no goals in the following seven minutes. Both teams missed some nice chances and wasted a few man-ups. But, Felipe Perrone made no mistake. 33 seconds before the end of this quarter, he scored with an extra player, and the Spaniards entered the final quarter with a solid 7:3 lead.

Genidounias boosted Olympiacos’ last hope, converting a penalty for 4:7, with 04:22 minutes left on the clock. But, Barceloneta controlled the match and re-earned a 4-goal lead to take full revenge for the loss in Athens..

The Italian champion played without one of its best scorers, lefty Boris Vapenski (who arrived at Brescia from Dinamo last summer). However, a game against the Georgians wasn’t a too demanding task for the Italians. They returned on the winning track after a home loss to Novi Beograd in Round 10.

In the middle of the second quarter, Brescia had a 7:2 advantage. Dinamo did its best to keep up with the favorites. The visitors scored three unanswered and came very close (5:7). But, Brescia flew in the third period and proved that these two teams weren’t in the same weight category.

Radnicki and Jadran Split are preparing for the Regional League Final Four that will be held in Belgrade in a few days. The Serbs made a nice overture for the F4 with today’s win.

Radnicki managed to overcome a three-goal deficit (0:3 and 5:8) and record a 3-goal win. 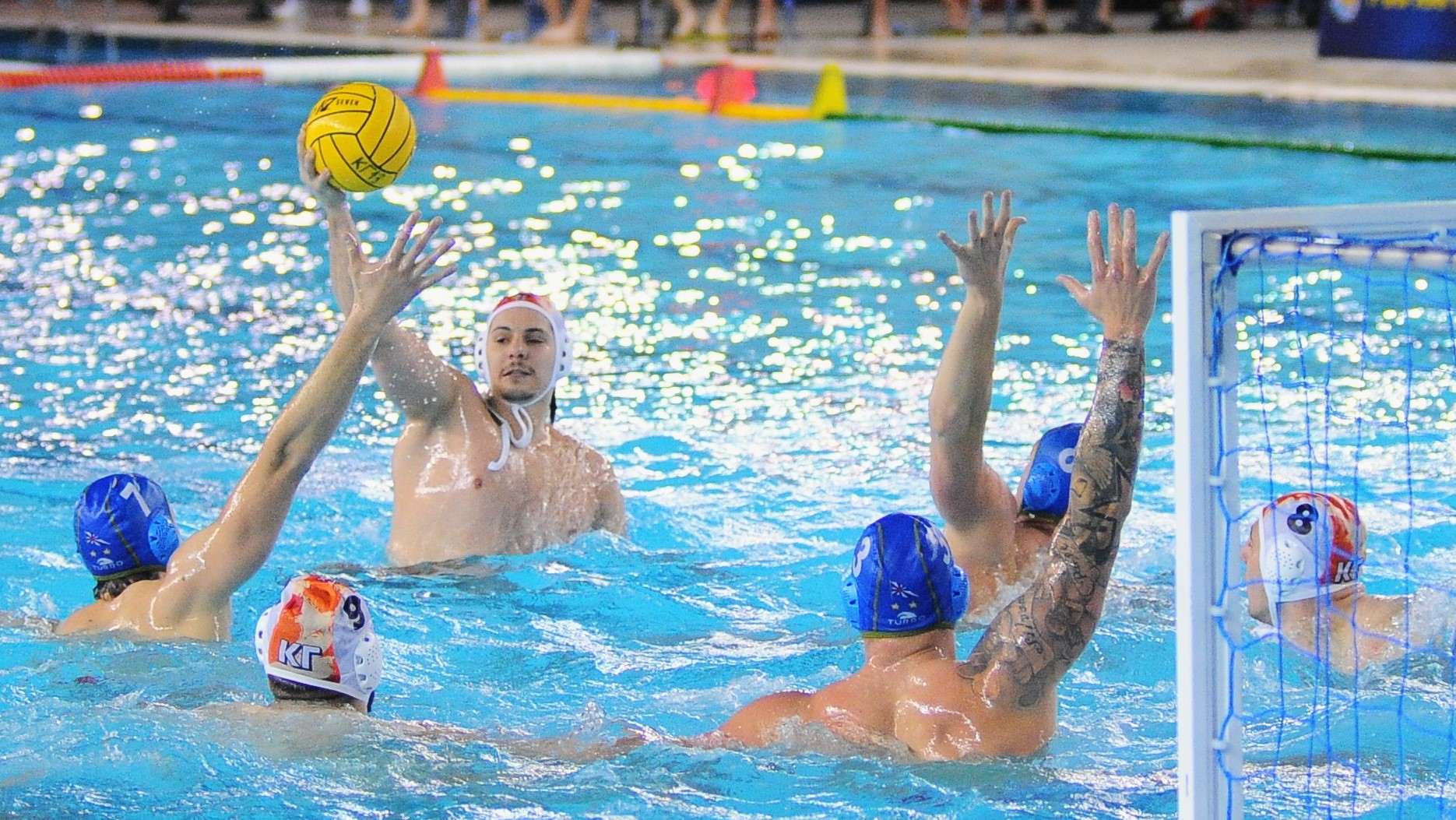 Jadran scored three power-play goals for a 3:0 lead. Radnicki cut the deficit to two before the first break.
The visitors controlled the match throughout the second period, and kept a 2-goal lead until the very end. Just six seconds before halftime, Nikola Lukic scored for 7:8.

In the first minute of the third period, Cagalj doubled Jadran’s lead (9:7), but Radnicki started rolling afterward. The hosts produced a 4:0 run and entered the final quarter leading 11:9.

Pljevancic added the hosts’ fifth goal in the series and streched the margin to three (12:9) in the 25th minute. In the remaining time, Radnicki kept the rival at a 3-goal distance.