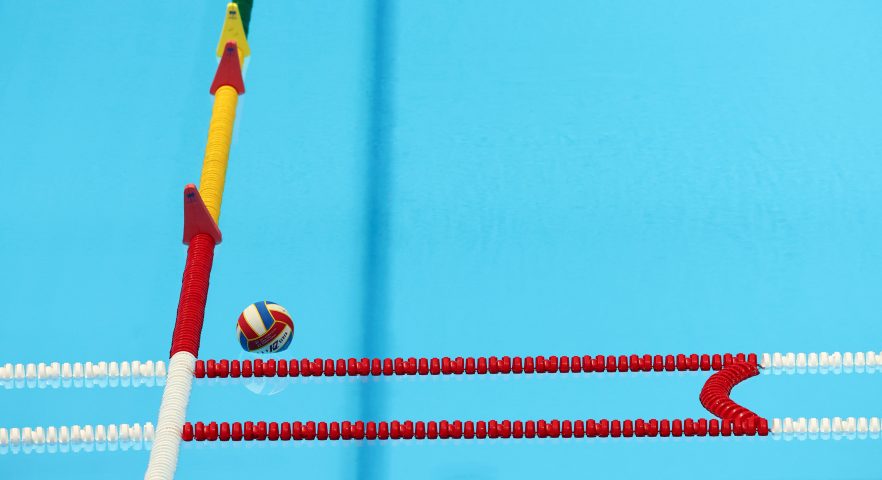 The FINA Technical Water Polo Congress was held today to ratify proposed changes to the rules of the game.

Under the stewardship of Tamas Molnar, chairman of the FINA Technical Water Polo Committee, the committee unanimously (93% yes, 3% no, 4% abstain) approved the changes outlined below.

To save time, the approval process for all the changes took place as a block vote , rather than on a point-by-point basis. The twenty-two changes will come into force on the 1st January 2023.

The 2m rule will now only apply within the goal mouth area, according to a new proposal widely supported by coaches and specialists. To be more specific, there will now be a new ‘zone’, rectangular in shape, that runs along the goal-line, two metres outwards from each post, and from the goal line to two metres out, making a box similar to that in football. The 2m metre rules will now only apply in this area. To help visualise the new zone, see the diagrams provided by FINA below: 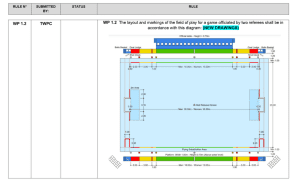 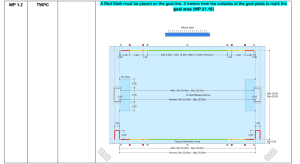 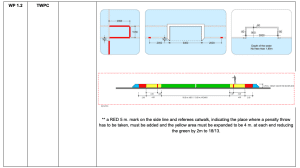 ‘The referee can delay whistling a penalty, and wait to see if the attacking player scores a goal in the same action. If the player does not score, the referee should sanction the penalty. The referee may raise an arm indicating a possible penalty.’

The rationale behind this change is that, previously, if a player had missed an opportunity whilst the referee was the playing advantage, instead of awarding a penalty, there was no opportunity for the referee to pull play back for the initial penalty. The technical committee made it clear that it players should not be penalised for making a positive actions, and therefore the new rules will mean referees can delay awarding a penalty, even after a missed opportunity by the attacker.

‘All players shall leave the 6 metre area and shall be at least three metres from the player taking the throw. On the 6 metre line, on each side of the player taking the throw, one player of the defending team shall have the first right to take position. The defending goalkeeper shall be positioned between the goal posts with no part of his body beyond the goal line at water level. The referees can give one warning to the players or the goalkeeper to take up the correct position. If that person does not do so, the player or goalkeeper shall be excluded and shall reenter in accordance with WP22.3. Should the goalkeeper be out of the water, another player may take the position of the goalkeeper but without the goalkeeper’s privileges and limitations. The referees may use the VAR system to determine if there has been interference with the penalty throw.’

The new rules now stipulate that all other players, except the penalty taker (and of course the defending goalkeeper), should position themselves on 6m, at least three metres away from the penalty taker. If they fail to follow the rules of the penalty-taking procedure, the referee may exclude them. This includes goalkeepers. VAR may be consulted to help make decisions on this matter.

a) The issuing of a Yellow Card by the referee is an official warning to the Head Coach of the team.

b) The subsequent issuing of a Red Card by the referee is the signal that the Head Coach and/or other Team Official(s) and/or player(s) on the bench must leave pool area immediately. Should the actions of the Head Coach require it, the referee may issue a Red Card, without having issued a Yellow Card.

d) During the match, when a team member inside the water commits an act of misconduct, the referee must show a Red Card to the player accompanied by the appropriate sanction.

e) A referee may issue a Yellow Card, if, in the referee’s opinion, a player persists in playing in an unsporting manner or engages in simulation. The referee shall show a Yellow Card to the offending team and point to the offending player. Should the action continue, the referee will show the player a Red Card visible to both the team and the table as this is deemed to be misconduct. (WP 21.17) f) Team members committing an act of misconduct will be punished according to WP 22.13 and must leave the pool area immediately.

The principles behind these specific rules are almost universally in practice now, however there is now a greater emphasis on the coaches responsibility to control their players and their bench.