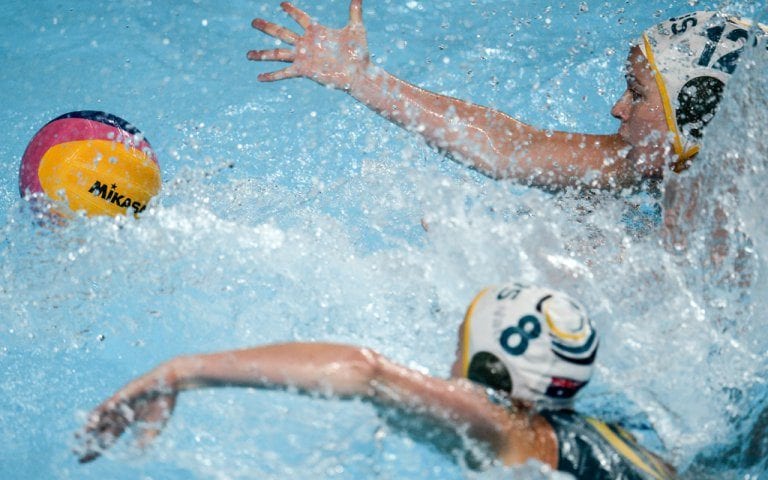 FINA Women’s Water Polo Cup 2018 is on the starting line the day after tomorrow in Surgut, Russia, with 8 teams of 5 continents spiking for the trophy.

Throughout the next week, competitors will be busy chasing wins and luck and testing a set of innovative rules proposed by FINA TWPC for the discussion. The format of the competition remained unchanged. There are two pools for the round robin stage and a standard playoff chart for the finals. Draw arranged it in such a way, that group “A” composed of Spain, China, Australia and host Russia looks a little bit better balanced than group “B”, which at the same time boasts the major World Cup scoring guns, powers and attractions – teams USA and Canada, accompanied by rising squads of New Zealand and South Africa.

Let’s look ahead into the tournament and learn the must-know facts and features of the upcoming clashes.

Group A’s member water polo team China got rising in 2008, right before the home Olympics, where they finished on a high 5th spot. Since then, they always look competitive and strongly rely on 2 pillars – international expertise and physical loads. Some sources say they do swim a lot in practice before each of the key championships and provided by a good chance, will be fast and tireless, and exhaust their opponents “flying”. Chinese are thirsty for wins though, they are well-drilled and disciplined.

The international group of coaches, including Juan Andujar, Zoran Kacic, Jane Giralt Juan and Li Wenhua, is headed by Dali Gong of China. It reflects their style and character, often called “Asian water polo” or “A water polo of their own”. 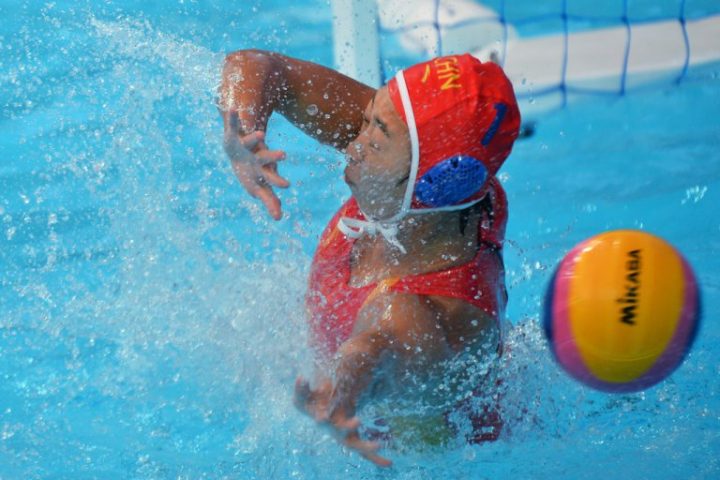 Explicit favorites of the FINA World Cup-2018 is the team Russia, part of the strong Group “A”. Hosts and masters of the swimming pool, they will be trying hard to jump over their minds to climb up the podium. Happily survived is the backbone of the bronze-winning Olympic and 2017 World Championships roster, much owing to the coaches Aleksandr Gaydukov and Andrey Belofastov, quite famous Olympic medalists on the male part.

However, the current season is of a diverse character. June-2018 has booked them bronze of the FINA World League Super Final, followed by July’s low 5th placement of the 33rd LEN European Championships (where they were placed behind Netherlands, Greece, Hungary and host Spain). However, don’t be misled by the facts and features, hosts were just warming up before the FINA World Cup in Russia.

Miguel Oca’s team returns to Surgut to defend merits. They are a bronze-holder of 2014 FINA World Cup in Khanty-Mansiysk, which is some 240 km from Surgut, and their next trip to Russia sees roster well fit for the task implied. But a month ago, they did exceedingly well at home, finishing third at the 33rd LEN European Championships in Barcelona.

Attacker Bea Ortiz received prestigious “Top scorer award” on 25 goals. That rare occasion marked Spain for the first time, and her impressive overall turned out to be the best for women since ECH-1997. Besides Bea, Surgut will see 4 more Olympic vice-champions in the Spanish roster, plus 3 more Olympians of Rio-2016, where they placed as far as 5th. 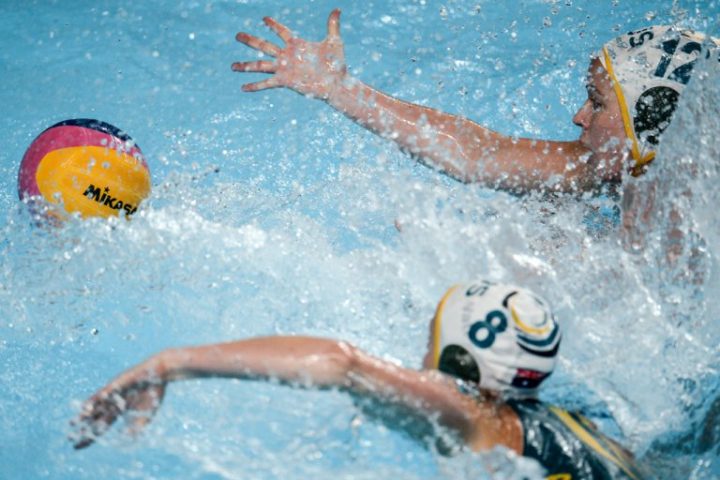 Australia, the last but not the least of the group “A” members, has always been a strong water polo squad. Landing silver at the previous edition of the FINA Women’s Water Polo World Cup in Khanty-Mansiysk, Aussie stingers is again in Russia to regain control. Changing a lot the team and the coaches, they were lucky enough to secure the Olympic core of 6: Isobel Bishop, Bronwen Knox, Zoe Arancini, Keesja Gofers, Hannah Buckling with Rowena Webster at the head.

The Aussie’s captain will definitely be the star to watch and the challenger to keep an eye for the opponents. Her previous appearance at the FINA World Cup in Khanty Mansiysk booked her prestigious MVP title alongside the all-star team visiting card.

Only ladies in the coaching

For New Zealand, unlike their Australian neighbors, FINA World Cup-2018 will be another good chance to study. The team of the group “B” boasts a good history and respect traditions. Kiwis were a participant of the first ever World Cup in 1979, but since then have never been among awardees.

The composition of the squad-2018 reflects the best water polo weapons in place at their country. Together for fully 2 years, New Zealand ladies are well-built and hot ready to implement water polo ideas of Angela Winstanley Smith, their head coach on 2012 Olympic Games background, which by the way, has only “only women” staff in Surgut.

South African ladies are newcomers at the FINA World Cups, and they are also drawn into the group “B”. Irrelevant of the result they produce here, the trip to Russia will be very fruitful. Another FINA umbrella events have never sought them luck and merits, and they were seen just 15th in their best performed FINA World Championships-2013.

After the recent Olympic cycle, the rotation was vast in the roster, and the new team is expected to showcase in Surgut. It’s made up of 8 freshmen and 5 players on international experience. The core figure in the squad is its captain Kelsey White, who has been doing much to promote water polo in her country. 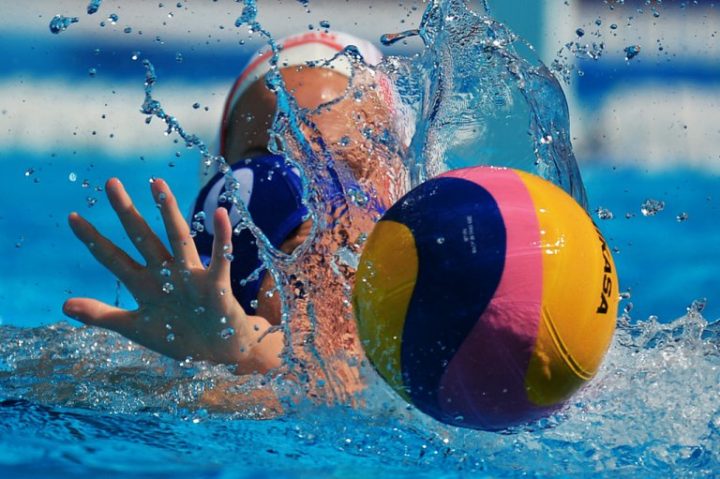 Canada shall be the one to beat in the group B. They are in possession of a rare virtue, as their strong line-up is able to stand opposite of the USA. There are 9 ladies, who played the bronze game against Russia in Budapest last year, 11 out of 13 ranked 4th at the FINA World League Super Final-2018 in Kunshan.

Canadians were silver at the previous edition of the meet in Shanghai, seeing Jessica Gaudreault received “Best goalkeeper award” and earned Media All-Star team ticket for the first time in her career. Although in her absence, FINA World Cup-2018 will be another good challenge for the Maple leaves to exhibit.

They are very hungry for wins and are looking to back up their ancestors’ glory, featuring one gold in 1981 and 3 bronze in 1980, 1988 and 2002. One more must-know fact about Canadians. They know Russia better than most. There is Krystina Alogbo in their roster, who has been a part of “Ugra” team for several years to go, including the one just concluded, and her ex-club’s headquarters is just 400km away from Surgut.

The USA: a dream team challenge

The major attraction, the reigning champion, and overwhelming favorite. USA is the first champion of the FINA Women’s Water Polo World Cup in 1979, and since then managed to improve their record by 2 wins – in 2014 and 2010. The USA is a defending champion wherever they go, they are a dream team! There is hardly an athlete there without a medal in her beauty bag, including 6 (!) reigning Olympic winners and Maggie Steffens collecting the crown twice. 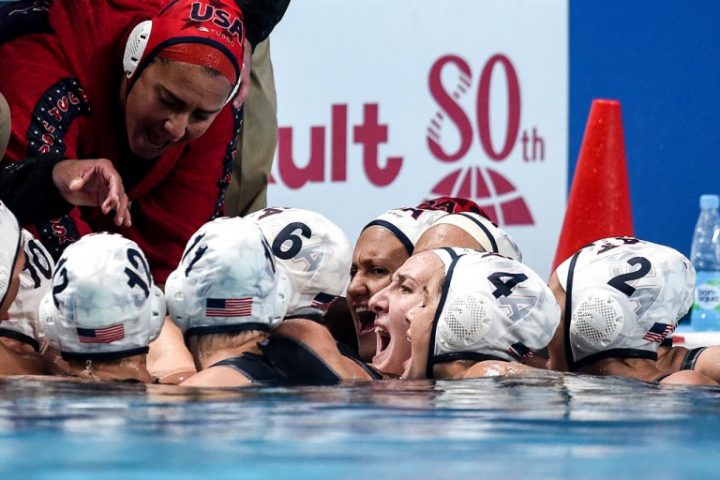