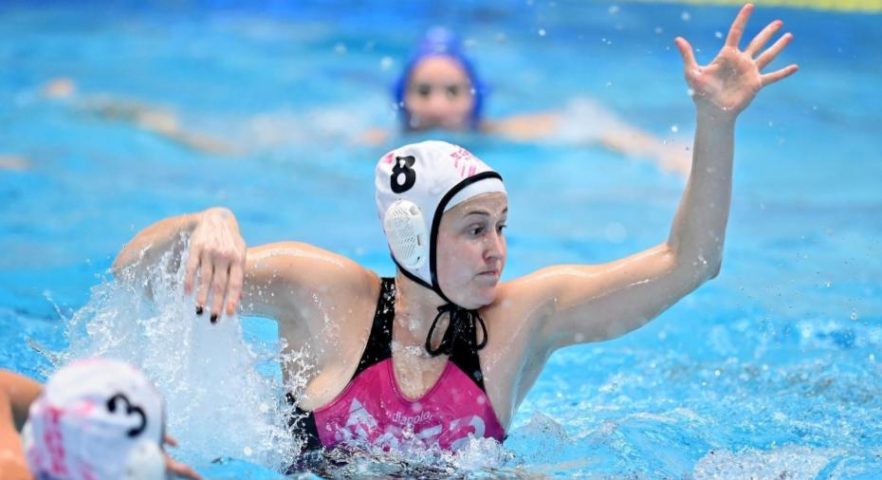 Eger and Mataro both started off day two of the Women’s Champions League with victories in their respective Group A and B games this morning.

Eger made no mistake against De Zaan, while Mataro showed their class in a tricky contest against Vouliagmeni.

Today, ZVL 1886 defeated Olympic Nice in their second game of the weekend, putting them in an excellent position to advance to the next round. Terrassa played Grand Nancy out of the pool, conceding only once in thirty-two minutes.

There are eight games this evening, including a tasty clashes between Terrassa and Eger, ZVL and Mataro, and De Zaan vs Glyfada. Dunaujvaros play their first game of this season’s champions league against their hosts, Mulhouse.

Mataro launched their Champions League campaign with a well-earned 14-11 victory over Vouliagmeni.

The Spaniards prevailed in a very tense match. Mataro appeared to pull away twice, first in the second quarter with three consecutive goals, and then in the third quarter with two goals, but Kiki Liosi’s Vouliagmeni stayed in the game both times.

Ultimately, Vouliagmeni’s habit of giving Mataro the upper hand was unattainable, and two early scores in the 4th quarter from Cristina Nogue and Anna Espar settled the game.

Elsewhere, after a huge win against Pacense yesterday and a 10-5 victory over Olympic Nice this morning, ZVL 1886 are in excellent position to advance to the next round of the Women’s Champions League.

The Dutch team’s quick start put them on a solid footing (4-1), and they added to their scoreboard at crucial moments in the second and third quarters.

Lille were extremely wasteful, earning twice as many extra-player situations as ZVL, but only converting half as many as their opponents, who are currently seventh in the Eredivisie.

Renee de Kleer, who has scored sixteen goals for Lefke van Belkum’s squad in the Dutch league this season, was the game’s top scorer with five goals.

Terrassa ruthlessly dispatched Grand Nancy this morning, with a merciless 22-1 victory in Glyfada.

Eger began their Champions League campaign with a solid victory over ZV De Zaan. A clinical second quarter, which saw them win the eight minute section 5-0, gave them the buffer that they never lost.

The Hungarians were led by outstanding contributions by their captain, Dora Czigany (5 goals), and a supporting cast of Rebecca Parkes (3 goals) and Ilona Borsi (2 goals).

Terrassa and Eger will meet this evening at 19:30 CET; the winner will likely top Group B.