France makes history and battles with USA for spot in final 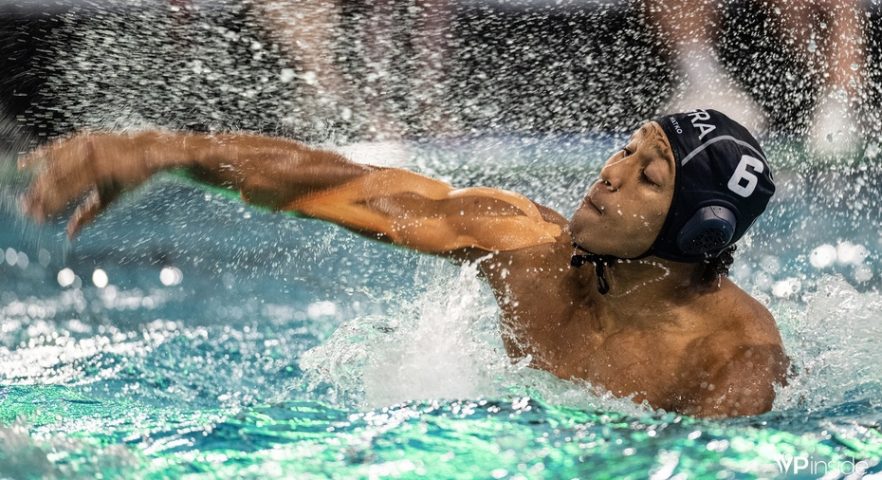 Host France and Team USA emerged as winners from the quarterfinal matches in today’s evening session of the World League Super Final in Strasbourg and qualified for the semifinals.

The Americans earned a hard-fought victory over Australia (12:11).

France dethroned the 2021 World League winner Montenegro. The hosts beat the Montenegrins (12:9) in the last match of the day. The French secured the victory thanks to an excellent second half.

By advancing to the semifinals, France made history. For the first time after 84 years and 4th place at the 1936 Olympic Games, France qualified among the best four teams at a big international competition organized by FINA, LEN, or IOC.

A month ago, on June 25, Team USA beat Australia quite easily in the group stage of the World Championships (14:9). In this case, we can compare Budapest and Strasbourg because the USA and Australia haven’t made many changes to their rosters since the Worlds, unlike the European teams.

Today’s game produced a completely different storyline. Everything was open until the very end. 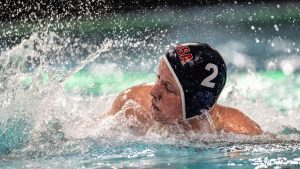 Both teams had ups and downs in the first half. In the finish, the match turned into a thriller.

The first quarter belonged to the Australians. Team USA opened the second quarter with four straight goals to earn a 5:2 lead and it seemed that it wouldn’t have problems beating the rival. However, Luke Pavillard netted two goals in the last 64 seconds of the first half. The “Sharks” reduced the gap to one (4:5) and got back into the game.

The Australians caught up with the Americans in the third period – 6:6, 7:7, 8:8. Max Irving converted a man-up with 47 seconds left on the clock and Team USA went to 9:8. But, that wasn’t the end of the quarter. Just three seconds before the buzzer, Australia forced a man-up. Luke Pavillard didn’t waste time. He beat the buzzer and leveled at 9:9. It was his fourth goal today.

Alex Bowen scored from a 6 on 5 and made it 10:9 in the USA’s first attack in the fourth. Shortly after, Australia left without George Ford, who committed his third personal foul, and without head coach Hamill, who was red-carded for protest. The Americans didn’t score from that extra player. An excellent goalie Nick Porter posted three saves in a row, but after each of the saves, the ball went to Americans. Finally, Bowen found the net – 11:9.

Still, the Australians didn’t say their last word. In the middle of the quarter, they leveled with two quick power-play goals (Pavillard and Negus) – 11:11, but they couldn’t go in front. A minute and a half before the end, Benjamin Hallock converted a man-up from a close-range shot and Team USA earned a new lead (12:11). Still, nothing was decided yet.

Forty seconds before the end, the Americans lost the ball. The “Aussies” called a time out to prepare for the last action. Still, Pavillard missed the target with 20 seconds left on the clock. However, Team USA didn’t manage to save the ball in the remaining time. At 0:03, Byrnes stole the ball and passed it to Edwards, but USA’s goalie Wieneberg saved his long-distance shot.

The last match of the day was an even contest from the beginning until the middle of the third period. Then, France produced a 4:0 rush which was vital for the hosts’ victory and historic success.

Thomas Vernoux gave the French the first lead. In the hosts’ first attack in the third period, Vernoux was surrounded by three Montenegrin players in the center-forward position. Still, he managed to score a nice goal for 6:5. Vujovic leveled immediately.

France netted three straight goals from the perimeter within 120 seconds (between the 21st and 23rd minute). Ugo Crousillat opened the series with a shot from the right. Bouet and Marzouki found the net from the left side. France jumped to 9:6 a minute and 38 seconds before the last break and came very close to the semifinals. 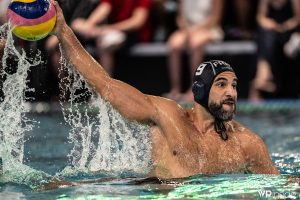 Vernoux continued the series in the 25th minute and stretched the margin to four (10:6). The Montenegrins halved the distance twice in the last three minutes (8:10 and 9:11), but France responded shortly after both goals. Crousillat set the final score (12:9) with an action goal scored 95 seconds from the end. The Montenegrins didn’t surrender, but France’s defense did its job excellently in the final minutes.

Interestingly, France scored only one power-play goal. The hosts didn’t have many opportunities with a man-up as the Montenegrins committed only six personal fouls (including one penalty). Montenegro’s conversion of the extra player shots was 6/10.