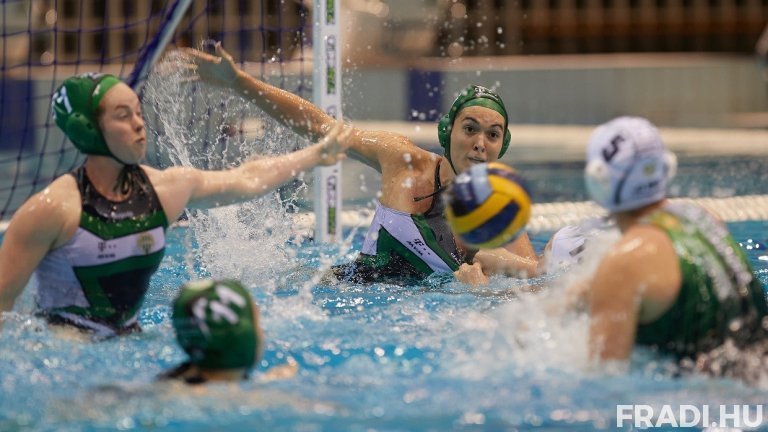 There were just the two games being played today in the Women’s OB I featuring FTC and Gyor, and Tatabanya and Keruleti. There were two games played yesterday which saw Eger draw at Szeged & Dunaujvaros beat BVSC 13-12.

Ferencvaros return to the top of the Women’s OB I with a romping over bottom of the table Gyor. The game was over at halftime with the score at 12-0 – amongst those goals included braces for Dalma Domsodi (who got four in the match), Vanda Valyi and Anna Illes. From there, it was plain sailing for Fradi, who are now one step closer to finishing the season at the summit of the table. Their next two games are the decider – Dunaujvaros and UVSE, before a last day of the season hosting of Tatabanya. For Zsolt Vogel’s Gyor, their best chance of points is on the final day, as they host the out-of-form Keruleti.

Tatabanya secured a massive result today in the fight for survival as they took three very well deserved points off Keruleti. It was a really strong start that gave Tatabanya the impetus to push on for the result; they went three up in the first two minutes (Zold 2, Rajna) which culminated in an 8-2 scoreline at halftime. Keruleti came back into the game, led by their big signing Gerda Brezovszki (who scored a second half hat-trick), but late goals in the 3rd and 4th quarter from Petra Zink and Helga Zantleitner secured very important points for the hosts.

The win takes Krisztina Zantleitner’s team off the foot of the table, and now they are only a single point behind Keruleti, who now haven’t won a game in six matches. In two of their final three games, they will back themselves against Szeged and Gyor, so the panic isn’t quite there yet, but today was definitely a missed opportunity for the side from the third district. Tatabanya have a fairly difficult run in; with FTC and BVSC on the horizon. Their best chance for points will be in a week’s time as they visit Szentes.