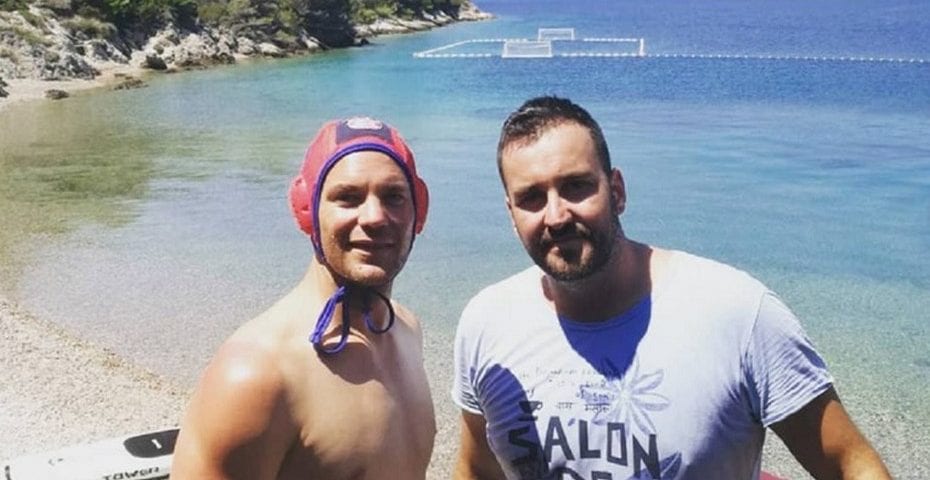 Manuel Neuer, one of the best football goalkeepers of all time, showed his skills in front of the water polo goal.

Neuer, Bayern’s and Germany’s goalkeeper, came to Croatia on holiday after winning the national title and the German Cup with Bayern Munich.

He is not in Croatia for the first time. This year, he visited several locations. One of his stops was Sipano, the island near Dubrovnik, where he encountered Niksa Dobud, the 2012 Olympic champion with Croatia. The two have been friends for a long time.

The German accepted the challenge, and he went in front of the goal in the beach water polo field.

Dobud was surprised at how Bayern’s goalie handled well in front of the goal while he and others were shooting penalty throws, published index.hr.