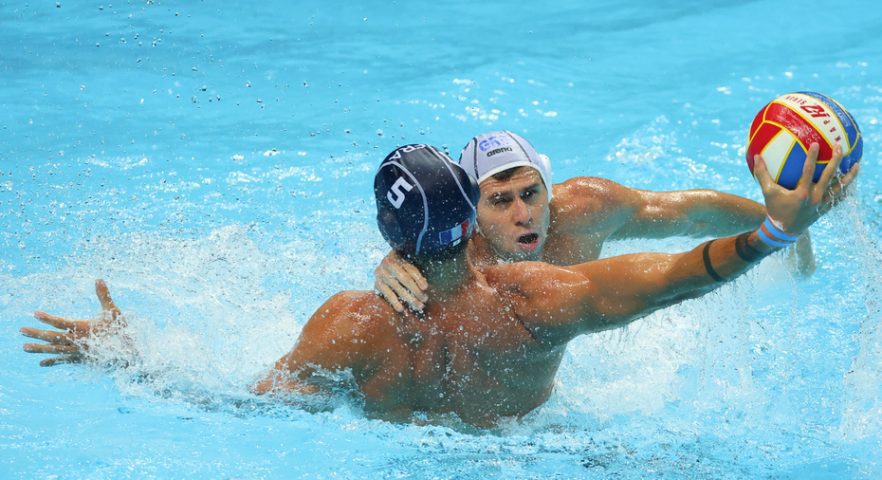 The Greeks beat France 10:8 in the 5th-place game in the Spaladium Arena today,
The program of the last day began with the 7th-place game in which Montenegro defeated Georgia (14:11)

The match Greece – France was for pride, while the encounter between Montenegro and Georgia had great importance. The two teams battled for the last available berth for the World Championships in Fukuoka. Montenegro became the 7th European team to qualify for the Worlds in Fukuoka and joined Spain, Italy, Greece, Croatia, Serbia, Hungary, France. Georgia, which debuted at the Worlds this year, will miss Fukuoka and try to secure a ticket for the 2024 WCH in Doha.

The game Montenegro – Geogria was also a qualifying match for the next European Championships that will be held in Israel, probably, at the end of 2023. The top seven teams from Split qualify directly for Israel. Montenegro secured a spot at the Tel Aviv tournament, while Georgia will have to play the qualifications.

The 5th-place game was one of many in which France showed two faces. The French proved they could be on an equal level with the powerhouses, but they could have big ups and downs in each match.
Greece and France shared the points in the first round of the Split tournament. Today, the first quarter was quite balanced. Thomas Vernoux scored an opener and France took a 1:0 lead already in the 2nd minute. Greece responded with three goals for a 3:1 advantage. Vernoux narrowed the gap before the second quarter. 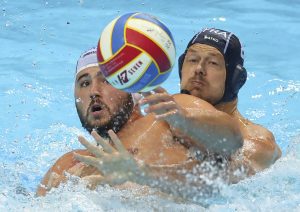 But, the Greeks were dominant in the second period. Papanastasiou opened their series in the 11th minute. Shortly after, Kakaris made it 5:2, converting a man-up. In the last two minutes of the first half, the Greeks added two quick goals (Papanastasiou again and Gkiouvetsis), and they went to 6:2. That 4:0 run was vital for their win.

France didn’t come back in the match. The French did their best to catch up with the Greeks. Early in the third, Ugo Crousillat scored for 4:7, but Dervisis responded immediately. 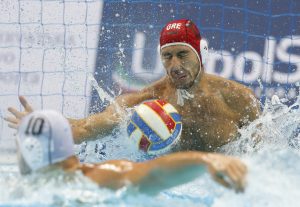 The Greeks regained a four-goal lead (8:4 and 9:5) and France didn’t endanger their win after that. The French scored its last goal just 40 seconds before the end, but it was too late.
France’s Edo Khasz was the best scorer with three goals. Papanastasiou, Dervisis and Kakris scored two each for Greece.

“I believe that we deserved more than 5th place. I think Greece could do more and finish in a higher position in Split. But, I am satisfied with how the players reacted after the loss to Spain in the quarterfinals. After that, 5th place was our maximum, and they did everything to achieve that goal.

The sixth place is France’s best result at the Europeans since 1950, when the French also finished in 6th position. An experienced France’s ace Mehdi Marzouki said:

“We wanted to finish the tournament with a win, and because of that we can’t be satisfied with the last match. But, we are satisfied with the whole tournament. I think France showed a new face and that we can play against everybody. Our target was to qualify for the World Championships, so we are very happy because we achieved that. We are looking forward to the next competition. We are ambitious. This season is just the beginning of the project for the Paris Olympic Games.

Both defenses had troubles in the first quarter and had no solution to stop the attackers, so there were even ten goals in the first eight minutes. Georgia led twice (2:1, 3:2). Montenegro went ahead in the 6th minute (Averka for 4:3). Immediately after, Saric leveled at 4:4. Still, the favorites earned a 6:4 lead before the first break. 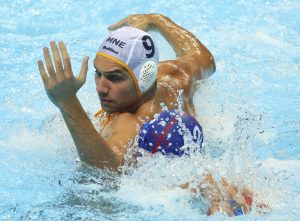 Aleksa Ukropina (MNE), was the player of the match with two goals, three assists and one steal

Montenegro’s captain Marko Petkovic opened the second quarter with a nice goal from a distance to stretch the margin to three (7:4). The Montenegrins maintained the difference until halftime, and practically secured the victory in the third stage of the game.

Petkovic scored the first goal in the third period, as well as in the previous one, and gave Montenegro a 10:6 advantage. The teams exchanged goals for a while. One of the turning points was Montenegro’s goal from a counterattack in the 24th minute. Kanstantin Averka found the net for 12:7. For the first time, five goals separated the rivals. Georgia didn’t surrender, but the distance was never smaller than three goals in the remaining time.

Vladimir Gojkovic, Montenegro’s coach, was satisfied after the win but said that he had believed that his team could achieve a better result.

“Securing a spot at the next World Championships was our primary goal at the European Championships. The Split tournament was our third chance, after the World Championships in Budapest and the World League. However, we arrived in Split with ambitions to try to beat some of the best European teams. We didn’t succeed in that, but we proved that we had potential. However, we have to work a lot in the future period. It’s a fact that we have prepared more than other teams this summer – for four months. But, our team still lacks experience, especially players who don’t have the opportunity to play in the Champions League.

According to the statistics, power-play goals made the difference. Montenegro’s conversion was 6/10 and Georgia’s 2/7. Dejan Stanojevic, Georgia’s head coach, saw other differences:

„The Montenegrin team is, despite being young, better mentally, but also physically, prepared than us to play two big tournaments in two months. Until this season, Georgia played one tournament in two years. This summer, we played both in the World Championships and the European Championships. It was very hard to keep a high level of shape during the entire summer. However, we achieved success by reaching the top eight in Europe. Still, we don’t want to stop here but to continue improving our play and results.