Greece opens Worlds U18 with win in thriller; first points for Hungary, Brazil and Kazakhstan 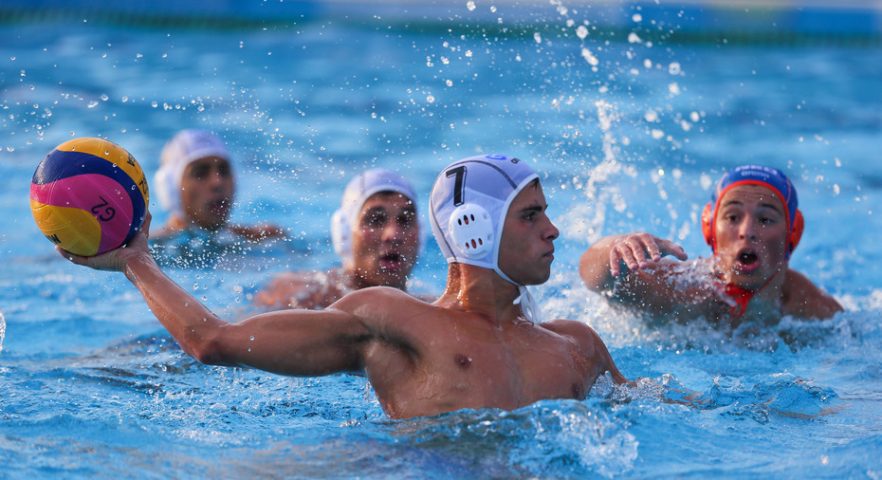 The highlight of the second day of the World U18 Championships in Belgrade was an encounter between Greece and the Netherlands.

The Greeks, who had a day off on Thursday, recorded a narrow 12:11 victory in a very close contest with the Dutch. Brazil beat Turkey 18:12 in the second match of Group B.

Only four games were on today’s program (Groups A and B). There were no matches in the groups with four teams (C and D).

There was no excitement in the matches of Group A. Hungary opened the Championships with a 31:4 victory over Uzbekistan. Kazakhstan beat Kuwait by 13 goals (16:3).

Kazakhstan suffered a 2:15 loss to Croatia yesterday. Today’s Asian derby produced almost the same result, but the Kazakhs emerged as winners. After two days and losses against Asian rivals (Kazakhstan and Uzbekistan) Kuwait has a poor goal difference (11:45) and it’s almost sure that it can’t move from the last place in the group.

Hungary played its first match in Belgrade this evening. The Hungarians faced Uzbekistan, and everything ended as expected. The Hungarians showed no mercy to the rival. They kept Uzbekistan goalless for almost three quarters. They earned a 23:0 lead before Uzbekistan’s first goal. The Asians got on the scoreboard only in 23rd minute. After that, they added three goals, but they couldn’t reduce a big gap. Hungary didn’t slow down and celebrated a 31:4 victory.

We already have written in our preview and the report of Day 1 that the battle for the top 3 places in Group B could be very interesting. Today’s games proved that the teams in this group were of more or less similar quality.

Greece, the 2018 World U18 Championships, opened the tournament with a win, but the Greeks had to work hard to beat the Netherlands.

After a 1:1 first quarter, Greece managed to build a 3:1 lead. The Dutch scored three quick goals to earn a 4:3 advantage (14th minute). However, the Greeks responded in the same way, with a 3:0 series and they were 6:4 up at halftime. Kastrinakis opened the third period with an action goal for 7:4. Christos Bitsakos converted a man-up in the 20th minute, Greece went to 8:4 and many believed that the contest was over. 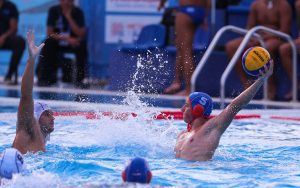 Both teams had the support of a few dozen of fans (mostly parents and cousins were in these two groups). The Dutch managed to come back with the help of supporters. The Netherlands produced a 4:0 run in less than two minutes to level at 8:8. They caught up with the rival once more – at 9:9. Still, Andreas Bitsakos closed the third quarter with an action goal, and Greece entered the final period with a slim 10:9 advantage.

Andreas Almyras found the net from a distance for 11:9, and after that, the Dutch couldn’t equalize. They halved the deficit to one goal twice (10:11 and 11:12). They had chances to level, but the Greeks kept the win in a thrilling finish. 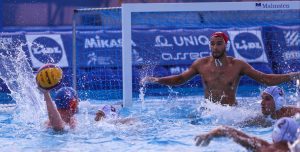 “We knew that it would be hard to beat the Netherlands. We expected the game like this, but we won and it is the most important. Now, we focus on tomorrow’s match against Australia. We expect another challenging game and hope the outcome will be the same – the win”, Greece’s goalkeeper Theodoros Damigos said. Damigos was one of the heroes of the win with 11 saves.

Branko Mitrovic, the head coach of the Dutch team, said:

“We missed two penalties during the game. We missed several good chances at the finish, including a few with a man-up. That missed opportunities were maybe crucial for the outcome. Greece won, but we were close to taking the points. However, we proved that we could play much better in the future. I think that we can play against everybody with this kind of mentality we showed today. But, we go step-by-step.” 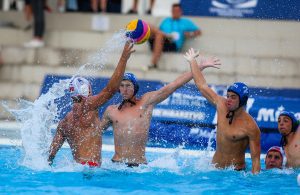 Yesterday, Brazil lost to Australia, although it had a 2-goal lead in the middle of the third period. Today, the South Americans, led by Fabiano Augusto Gomes (7 goals), dictated the pace for most of the time. Still, the match was an even contest until 4:4. At the finish of the first half, the Brazilians made a 2-goal difference (6:4 and 7:5), and from that point on, they were always in front. Turkey chased the rival, but it couldn’t equalize. At the finish of the third quarter, Brazil scored two goals within 23 seconds, stretched the margin to four (10:6), and controlled the match until the end (18:12)

Some consider Brazil a possible surprise of the tournament since it arrived as the Pan American Junior champion.

“Yes, we won the Pan American Championships recently, but the team that played at that competition and the squad in Belgrade aren’t the same. Our team at the World Championships is very young. Many players debuted in a major competition. They didn’t have many opportunities to play international games before the Belgrade tournament. That lack of experience affected the outcome of yesterday’s game. We made too many mistakes and couldn’t keep the advantage we built. This team is still growing up as well as water polo in Brazil. We collected the first three points, but we will have two very difficult matches until the end of the group stage. I believe that we will do our best and hope that Brazil will play better and better from game to game, Brazil’s coach Thiago Nascimento said. 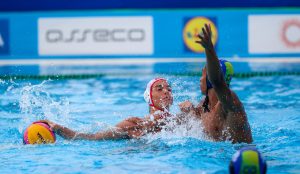