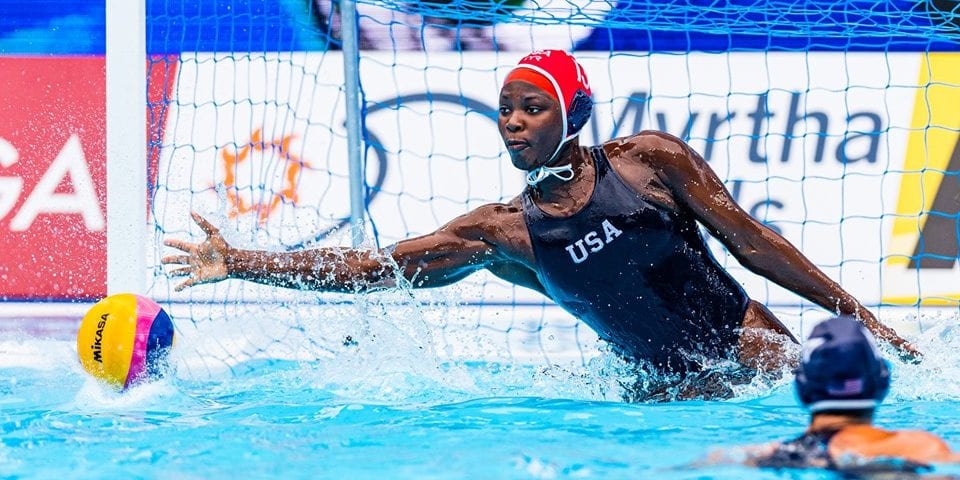 After Maggie Steffens signed for Sabadell, one more star of the United States’ female team decided to accept an offer by a European club and return to the “Old continent”.

Ashleigh Johnson, one of the best goalkeepers in today’s female water polo, will play for Greek Ethnikos in the next season, the club announced today.

She had already played in Greece.

Johnson (26), the winner of the 2019 Total Player Award, competed for Vouliagmeni in the season 2018/19 and finished 3rd in the Euro League. A season earlier, she won the bronze medal in the Euro League playing for Italian Orizzonte Catania.

Ashleigh Johnson is the first African-American woman to play for the US Olympic water polo team. She debuted for Team USA in 2014. She has won two gold medals at the World Championships (2015 and 2019), the Olympic title in Rio 2016, three golds in the World League, etc. Johnson was named the MVP of the 2019 World Championships.

Johnson won’t be the only American on Ethnikos’ roster for a new season. A day before Ashleigh, Stephania Haralabidis (26) joined the club after leaving Vouliagmeni. Haralabidis has been part of the USA national team since 2018, and has won the gold at the 2019 World Championships, three titles in the World League, etc.