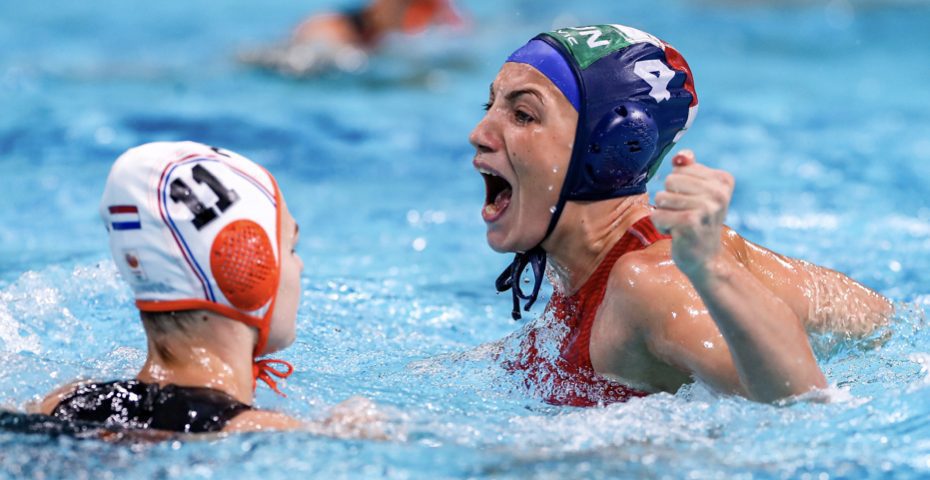 Greta Gurisatti has announced today that she is departing Dunaujvaros for pastures new, in what she has described as ‘the hardest decision of her life’.

The twenty-five year old, who has spent the last fourteen years at the club from Fejer County,  made the announcement this evening via her official Facebook page.

Gurisatti scored an impressive 1269 goals in 435 appearances for her hometown club, as she will no doubt go down as one of the best players in the club’s history.

In a lengthy statement, the Hungarian International pays tribute to her coach, Attila Mihok, as well as her family.

A Bronze medallist from Tokyo 2020, Gurisatti describes herself as a ‘die-hard Dunaujvaros fan’ and that she will continue to support the club by ‘sitting in the front row at every game’.  In 2018, the Hungarian helped her club lift the LEN Trophy in 2018 with a surprise victory over Olympiacos in Mataro.

‘Its hard to say goodbye to family but I have to do it for my own good and whenever I come back here I know I’m coming home. Not only because Dunaujvaros is my hometown and my whole family lives here, but also because in the eyes of many young children, fans, parents and professionals, I will always remain a DFVE player’.

While Gurisatti stated that she felt she needed a ‘change of environment’ for her ‘own mental health’, there may be other reasons for the talented goal-scorer to move away from Dunaujvaros. It is fair to say that Dunaujvaros are in a state of stagnation at the moment, and while they are consistently challenging UVSE for the Hungarian title, they have not been competitive enough when it comes to silverware.

While Gurisatti was keen to point out that she will soon reveal where she will continue her career, there is already speculation that she is keen to move abroad, perhaps to Greece or Spain.

There is also a chance that Gurisatti remains in Hungary, although the options available to her are interesting; it would be very surprising if she moved to somewhere like her lifelong enemies, UVSE, although there are no doubts she would add to the team in the Hungarian capital. Projects at clubs like FTC, Eger or Keruleti could interest the 25 year old, although the latter two could not offer her Euro League action.