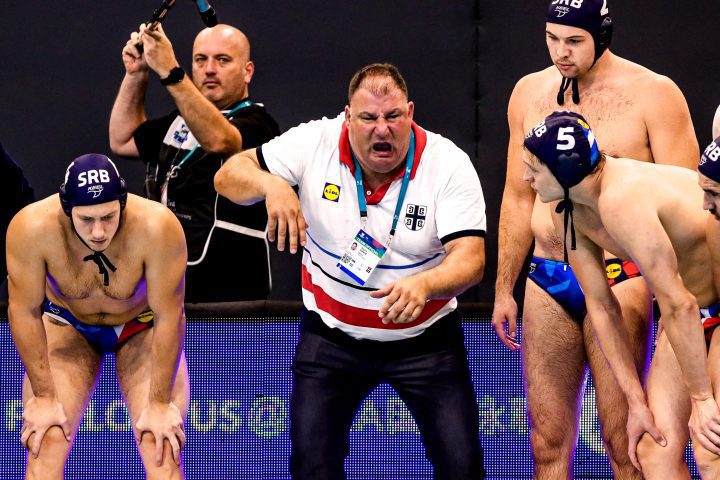 Three derbies that will probably be decisive in battles for top spots in the groups were played today.

Host Hungary beat Montenegro 12:8 in Group A. Before this game, Georgia bettered Brazil by four goals – 14:10.

A goal difference might be crucial for the outcome in Group B since the powerhouses in this group, Greece and Croatia shared the points (8:8). Croatia came back from three goals down and even had a chance to secure a win, but the match ended in a draw. The first match in this group was interesting, too. Japan opened the tournament with a narrow win over Germany (12:11). The Asians earned a 7-goal advantage already in the third period (11:4).

The finalists of the 2019 World Championships ran over their respective rivals in Group C: Italy – South Africa 22:4, Spain – Canada 19:2

Despite the fact that the encounter between Hungary and Montenegro was the derby of the group, the hosts were the favorites in the duel with a young Montenegrin team in front of the packed stands of the “Alfred Hajos” pool.
But, the Montenegrins kept with the European champions for almost two quarters. In the first quarter, Hungary took a 1-goal lead three times, but Montenegro leveled on each occasion. A debutant Kanstantin Averka put the Montenegrins in front scoring from an extra man- 4:3. But then, Montenegro’s long goalless phase started. In the middle of the quarter, Jansik equalized (4:4). In the last 123 seconds of the first half, Gergo Zalanki netted two goals, and Hungary entered the second half with a 6:4 advantage.

Varga,Vamos, and Jansik stretched the margin to five – 9:4, but Hungary’s defense, commanded by Soma Vogel, made the difference in crucial moments. Montenegro was goalless for almost 13 minutes. Marko Petkovic broke the silence in the 23rd minute – 5:9, Marko Mrsic netted for 6:9.

Petkovic added another goal in the 25th minute – 7:9 and it seemed that Montenegro could get back into the game. But, Hungary controlled the match. Gergo Zalanki scored his 4th goal for 10:7 three and a half minutes before the end. Danial Angyal converted a man-up in Hungary’s following possession – 11:7 and that was the end of the contest. In the remaining time, both sides scored a goal apiece.

After a balanced first half, Georgia, which is a more experienced team than the South Americans, took control. Early in the fourth, Brescia’s Boris Vapenski gave Georgia a 12:8 lead. The Europeans maintained the difference until the end.

Greece started excellently. Midway through the first quarter, it stood 1:1. Then, the Olympic silver medalists scored three goals in a row and went to 4:1. Still, the Croats regrouped themselves during the first break and dominated the second period. Newcomer to the Croatian national team Konstantin Kharkov leveled at 5:5 in the 15th minute.

The second half was an even contest. Croatia was never in front, but Greece never had a 2-goal lead. Both teams tightened their defenses. Vlachopoulos opened the second half with a power-play goal (6:5). Marinic Kragic equalized (6:6) also with a man-up. But Argyropoulos gave the Greeks a new lead – 7:6 (23rd minute). 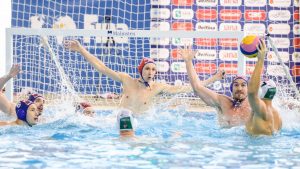 The game followed the same pattern in the final quarter. There were no goals for a while. Both teams missed a few extra player shots. Croatia’s Marko Zuvela broke the deadlock in the 29th minute, he converted a man-up for 7:7. But, Vlachopoulos scored with an extra player – 8:7 in the Greeks’ next possession. Two minutes from the end, Andrija Basic scored an action goal for, as it turned out, the final score – 8:8. After that, Greece failed to convert a man-up. The Croats had the last attack and a chance to take all three points. Still, Argyropoulos blocked Kharkov’s shot blocked with 3 seconds left on the clock and the match ended with no winner.

Japan arrived in Hungary in good shape. The Asians, unlike many other teams, had enough time to prepare well for the Championships, since they don’t have many players in European clubs.

In the middle of the first period, Japan led 3:0, while it stretched the margin to four (5:1) by the first break. The Germans found their rhythm and halved the deficit (3:5 and 4:6). But Japan closed the first half with two action goals (Date and Adachi) and regained a four-goal lead (8:4). Takata, Watanabe, and Arai continued Japan’s series of goals. In the 22nd minute, the Asians led 11:4. After that, the Germans played better in defense and started recovering from the shock, but it was too late.

Japan started making mistakes, they missed too many shots and let the Europeans reduce the gap to two goals in the 29th minute (9:11). Immediately after, Yusuke Inaba ended Japan’s goalless phase that lasted more than eight minutes. He converted a penalty for 12:9. Just 24 seconds before the end, Strelezkij netted for 11:12. Still, Japan kept the ball in the remaining time and celebrated the win.

Japan proved that Greece and Croatia mustn’t underestimate them. After today’s loss, Germany faces a difficult mission to secure 3rd place and qualify for the cross-over round.

As expected, reigning champion Italy opened the tournament with an easy victory. The Africans scored an opening goal in the game, but shortly after, the “Settebello” proved who the favorite was. The Italians ran over South Africa. This game was a warm-up for demanding challenges.

Spain showed no mercy to Canada. Led by Felipe Perrone, the Spaniards cruised to a 19:2 victory.

The Americans took an opening 1:0 lead after Stevenson converted a man-up in an attack in which Serbia’s goalkeeper Branislav Mitrovic was excluded. The Serbs leveled at 1:1, but Bowen gave the Americans a 2:1 lead. Then, the Olympic champions, led by Dusan Mandic and Strahinja Rasovic built a 2-goal lead (5:3), but the Americans caught up with the Serbs before the first break. 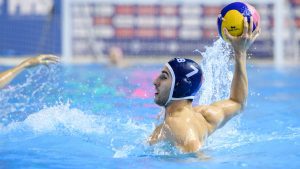 Serbia’s center Nemanja Vico opened the second quarter (6:5). But, Team USA answered with two goals. Ben Hallock made 7:6 with a nice backhander in the 10th minute. Still, at halftime, Serbia had a slim 8:7 lead.

Stevenson leveled at 8:8, but after that, the Olympic champions produced a 3:0 run. Nikola Lukic scored for 9:8 after Marko Radulovic’s assist. Radulovic forced a penalty shot, which Mandic converted to a 10:8 lead. In the 20th minute, Gavril Subotic found the net from a distance, and three goals separated the rivals for the first time – 11:8. Still, the Americans didn’t surrender. They came close (10:11) before the last break so that the Serbs couldn’t relax until the very end.

Nikola Lukic scored two quick goals at the beginning of the fourth quarter, and the Olympic champions regained a 3-goal lead (13:10). The Americans cut the deficit to two twice (12:14, 13:15). Everything was decided two minutes before the buzzer when Mandic scored from a counter-attack for 16:13. Nemanja Vico set the final score in the last minute.

Australia started slowly. The “Sharks” scored only one goal in the first quarter – Barceloneta’s Pavillard found the net in the first possession. Still, their defense did a job well. Kazakhstan didn’t find the right solutions in front of Australia’s goal. Early in the third period, Howden gave Australia a 5:0 lead. Immediately after, Shmider put Kazakhstan on the scoreboard. Shakenov added a goal for 2:5. Still, Australia regained a 5-goal lead before the final break and controlled the game in the last eight minutes.