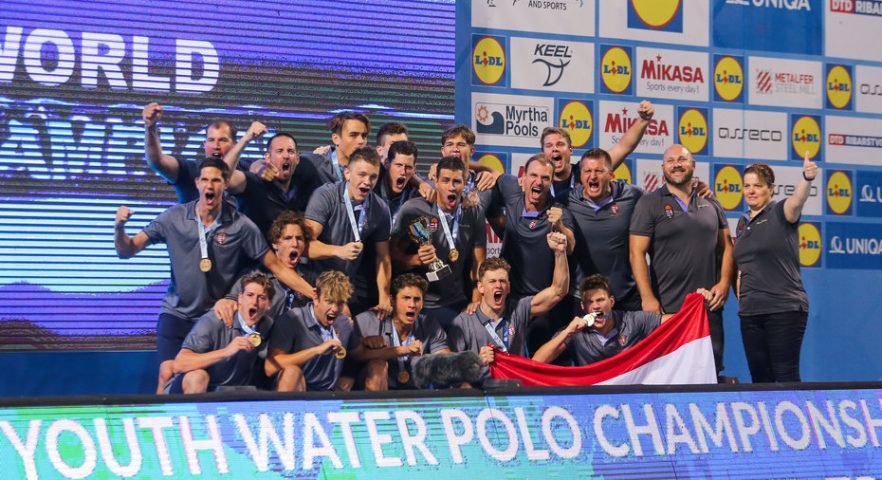 Hungary is the new World champion for the U18 age category.

The final of the 5th World Youth Championships in Belgrade was undoubtedly the best and the most exciting game of the tournament. Hungary beat Serbia 16:15 after a penalty shootout.

The Hungarians led for most of the time, Serbia leveled several times, and had a chance to even win in regular time, but in the last attack, Hungary’s goalkeeper Viktor Gyapjas, the best goalie of the tournament, proved his quality with his 11th save in the final.

Hungary’s second goalie Lorand Szite was a hero of the shootout. He posted the only save in the penalty drama, and that proved vital for the outcome.

Hungary became the World U18 champion for the second time – after the title at the 2nd Championships (2016). Serbia won its 2nd medal at the FINA Youth Championships,  after bronze at the first championships, held in 2014.

The atmosphere in the packed stands was great. The Hungarians also had loud support. Two groups of Hungary’s fans were the wind at the team’s back.

Hungary earned a 2-goal lead in the first quarter (3:1, 4:2). Still, the Serbs had more chances and shots, but Hungary’s goalkeeper Viktor Gyapjas was outstanding, just as in a number of the games on previous days. He posted five saves already in the first eight minutes.

Szepfalvi extended the margin to three (5:2) in the 10th minute. Two and a half minutes before the end, Kovacevic narrowed the gap to one goal (4:5).

At the start of the third period, the teams exchanged goals with a man-up quickly – Szalai 6:4, and Kovacevic – 6:5).
Shortly after, the Serbs caught up with the Hungarians for the first time. The hosts’ center Bogdan Gavrilovic netted a nice backhander – 6:6. However, Vince Varga responded immediately, scoring from a long-distance shot and Hungary went ahead again – 7:6. 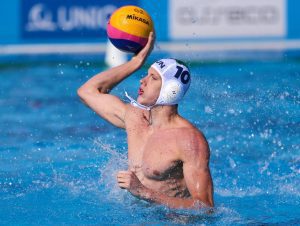 Serbia missed a few chances to equalize (including one man-up). Their defense, commanded by Petar Pajkovic (who replaced Virijevic after the first quarter) worked well. The Hungarians also couldn’t found the net until the 24th minute, when Akos Nagy converted a 6 on 5. Hungary entered the final quarter with a 8:6 advantage.

After a minute and a half of play in the final quarter, Serbia equalized for the second time (Kovacevic from penalty and Gavrilovic with an extra player). Shortly after, Akos Nagy found the “hole” in Serbia’s defense and scred with a nice shot for 9:8. That was a start of a new trade of goals. Hungary took a one-goal lead , while Serbia leveled at 9:9, 10:10, 11:11.

Both teams had a chance to secure a win in the final minute. At 00:36, Zoran Bozovic hit the post. Hungary’s head coach Kovacs-Csatlos called a time out, but his team lost the ball in the last attack. Serbia had the chance to secure a win in the last 18 seconds. After a time out called by Uros Stevanovic, they created a good attack, but Viktor Gyapjas saved a shot from the MVP of the Championships Nikola Kojic with five seconds to go and the match entered the shootout.

Both coaches switched goalkeepers during the penalty shootout. Before the 3rd round, Hungary’s Gyapjas was replaced by Csite and that proved as a great move.Csite saved a shot from Stanic. Other scorers made no mistake and gold went to Hungary.

“I think that we won this match thanks to our heart. I believe that Serbia wanted to win too, but I think that we wanted the title more than them, and that was decisive. We were focused until the very end of the match.”

“We played as our head coach told us to, and we met the plans made before the match. The defense was a key to the win in the final

Nikola Kojic, MVP of the tournament:.

“I am very sad and disappointed. The MVP award means almost nothing because we failed to win gold in front of the home crowd. We prepared for this championship for a long time. We wanted to celebrate the title in our country. As for the final, it was a big battle. As many expected, one goal was decisive. We played quite well, managed to come back after being three goals down, and even had a chance to win in regular time. But, we didn’t have luck in the penalty shootout. 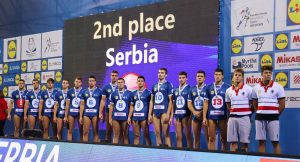