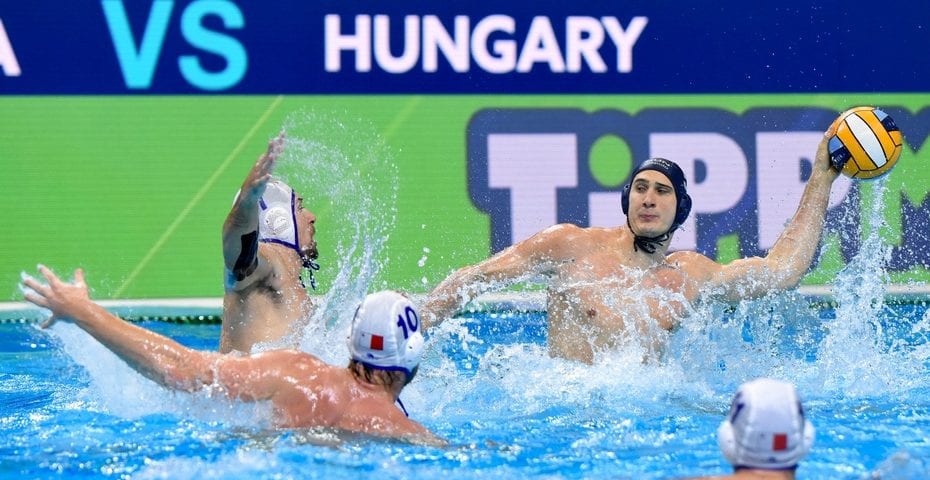 Hungary equaled Greece’s record of the biggest victory in the history of the European Championships for men. On Day 3 of the 34th Europeans in Budapest, Hungary beat Malta 26:0 and now shares the record with Greece, which defeated Turkey by 26 goals in Barcelona two years ago (27:1).

A convincing win was very important for the Hungarians this evening since they need to make at least a 20-goal winning margin in the game against Malta to reach the first place in the group and to advance to the quarterfinals. In the end, Hungary and Spain finished the competition in Group C with seven points each. But, the first place belonged to the Hungarians because of the better goal difference.

Hungary qualified to the quarterfinals, but also avoided a clash with title-holder Serbia until the medal matches.

Spain will play in the cross-over round against Germany. If they defeat Germany, they will meet Serbia in the quarters.

Serbia mathematically secured the top spot in Group B this evening, as it defeated the Netherlands in the last match of the group stage.

Montenegro was too strong for Germany in the game which was decisive for the 2nd place in the group. The Montenegrins’ defense worked really well. Germany its first goal scored in the 8th minute (1:2). Then, Montenegro kept Germany scoreless for a quarter and a half and built a 6:1 advantage before the opponent found the net for the second time. The 2008 European champions controlled the match until the end. 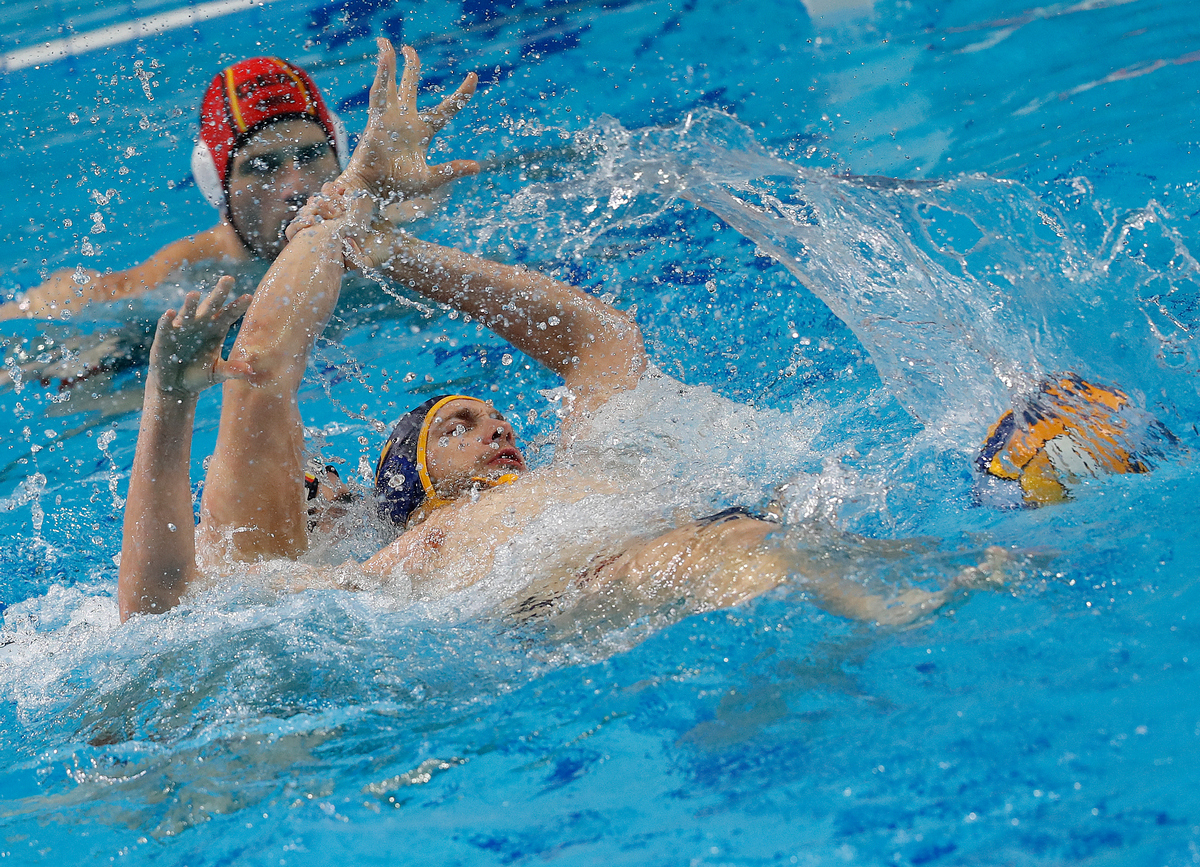 Both teams continue their campaign in the crossover round.

Montenegro should have an easy task against Turkey, while Germany faces “a mission impossible” in the match against Spain.

The encounter between Croatia and Slovakia was the only of today’s games that had no importance for the standings. Croatia secured 1st place on Day 2, while Slovakia couldn’t move from the bottom of the table. 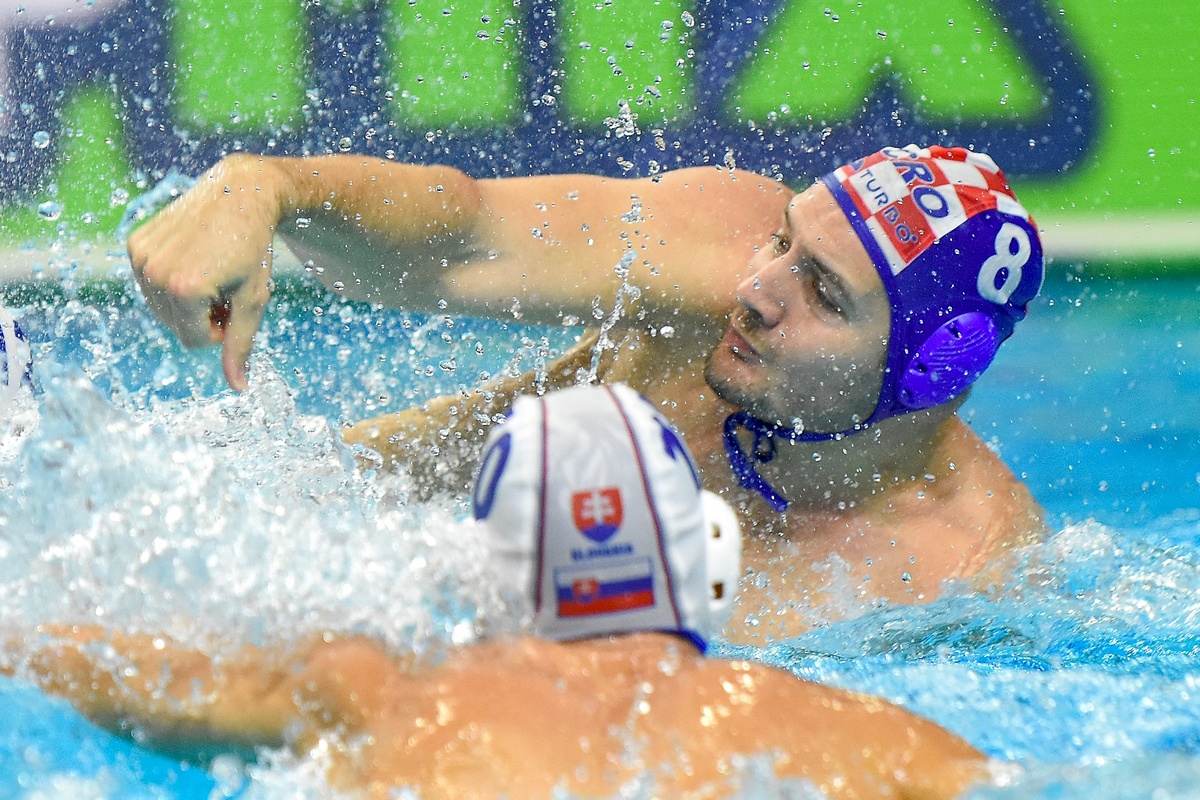 A significant difference in quality between the two sides was obvious from the beginning . The Croats, led by their captain Andro Buslje, who had a perfect percentage of shot (5 of 5) earned a double-digit advantage early in the fourth period (13:3). In the remaining time, they increased the winning margin to 12.

In the quarterfinals, Croatia will face a winner of the game Greece – Romania.

It took almost ten minutes until Serbia found its rhythm and the back of the net. The Netherlands had a 2:0 lead early in the second period.

Mandic finally broke the deadlock, by converting a man-up in the 10th minute. But, the European and Olympic champion needed a lot of time to break the rival. Mandic equalized, also from an extra in the 14th minute, and quickly after that, Filipovic put the Serbs in front 3:2.

However, the Dutch didn’t give in. Lindhout scored two opening goals in the third period (action shot and a penalty shot) and the Netherlands went ahead again in the 19th minute.  After the Dutch’s 6th goal, Serbia, at last, took control. By the end of this period, the Serbs earned an 8:4 lead. They added three goals in the final eight minutes for a solid 11:4 win.

The reigning champions will have a very hard task in the quarterfinals because they will probably play against Spain. That will be a replay of the 2018 Europan Championships.

The Netherlands completed the group stage with three points. But the Dutch didn’t reach the crossover round since the Dutch have the worst goal difference in a circle of the teams with the same number of points (Russia, Romania, Netherlands).

The match between Malta, the last-placed team at the previous Championships in Barcelona, and the mighty Hungarian squad was the most anticipated game of today’s evening session. Of course, nobody expected a big battle. The match was important, as everybody was waiting to see if Hungary can beat Malta with a 20-goal margin and clinch the 1st place in the group.

The hosts didn’t waste time and built a promising 6:0 advantage in the first quarter. In the 11th minute, they came to the half of the route -Denes Varga hit the back of the net for 10:0. At halftime, Hungary was 13:0 up, and it was clear that the desired win was reachable. Tamas Mezei found the net for 20:0 a minute and 7 seconds before the end of the third period.

The Hungarians didn’t let Malta score a consolation goal. The Maltese had the last attack, but they lost the ball six seconds before the end. 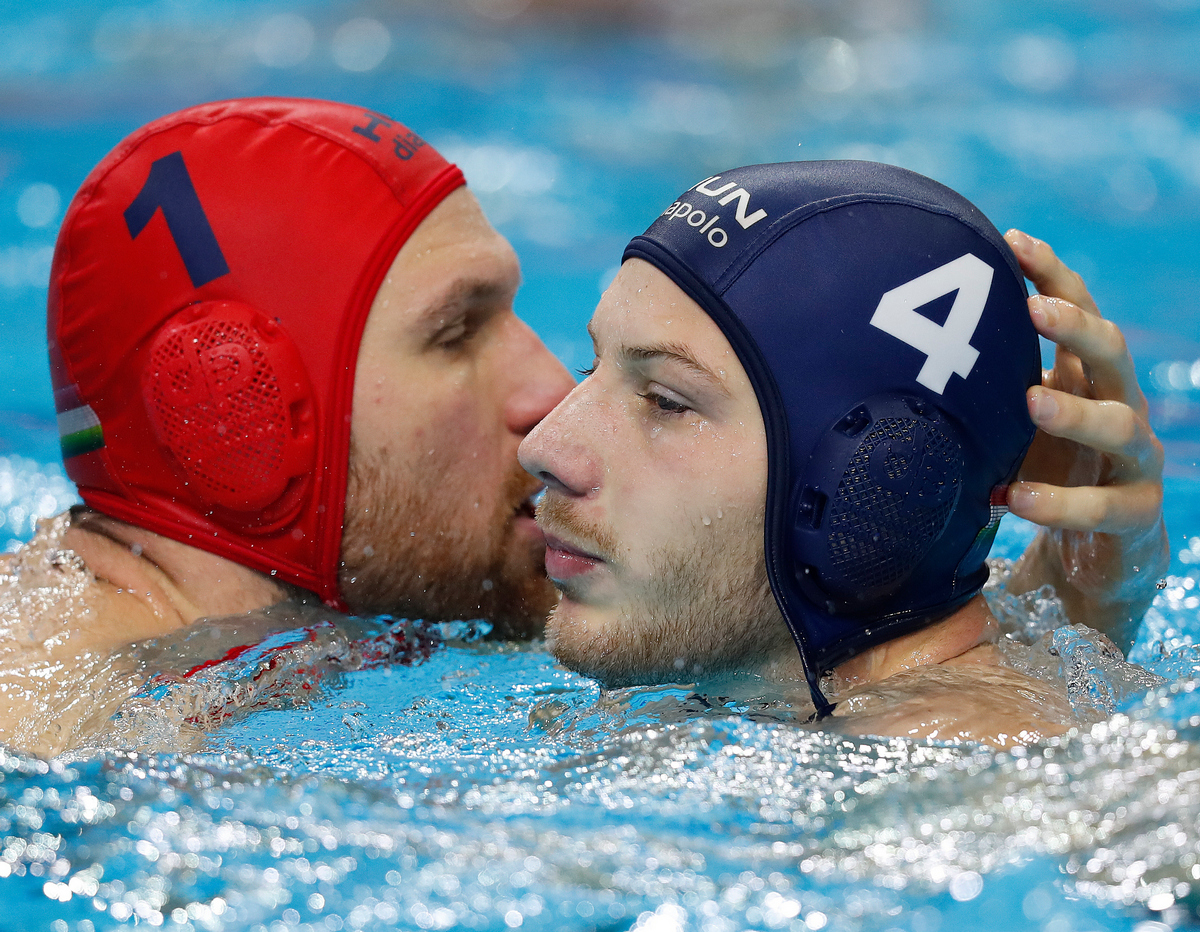 Hungary will have three days off, as well as Croatia, Serbia and Italy, and waits for the outcome of the crossover round match Russia – Georgia.
In the early days of water polo, it wasn’t unusual that the losing team ends the match with no goal. But, at the European Championships, this hadn’t happened in the past 25 years, since Hungary beat Austria 20:0 in Vienna 1995.