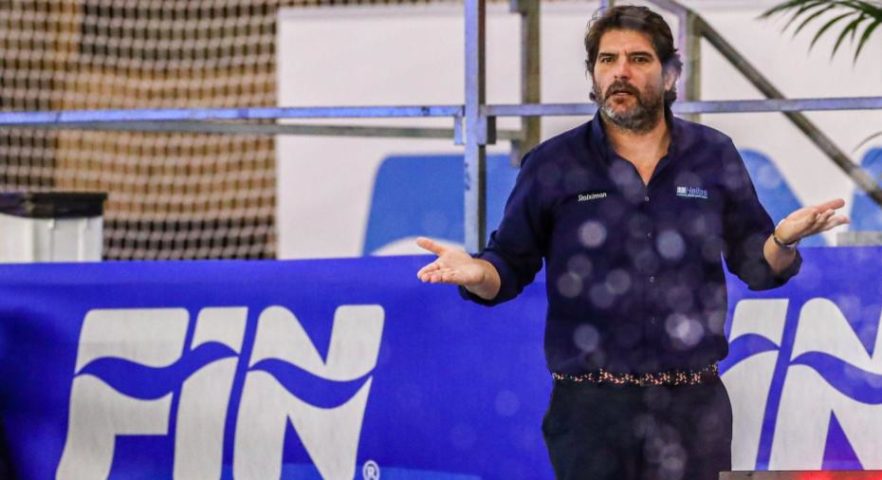 French water polo is poised to seize a historic opportunity.

The French will have waited patiently for well over a century (124 years) by the time the summer Olympiad returns to Paris, and as far as water polo is concerned, a little bit of history is set to be made for the hosts.

There is a chance there will be other debutant nations too, but we know for certain that the women’s team of France will become the seventeenth nation to make their presence felt in Olympia.

Everything pointed to Emilien Bugeaud being the man to lead Les Bleu at the upcoming Olympics. His work with junior national teams over the past decade has made him an ideal candidate to help a young and promising French team reach its full potential in Paris and beyond. After Bugeaud’s departure in December, however, there was an immediate need to fill the position. 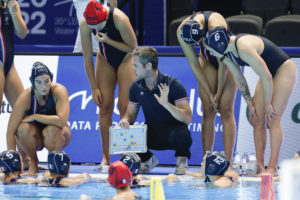 The French federation created a shortlist of candidates to succeed Bugeaud, and the man they have ultimately opted for was Theodoros Lorantos.

It’s a huge appointment for the French, who need to make sure they don’t pass up a once in a lifetime opportunity. They believe that their man, Lorantos, is the right fit.

“I find it very flattering that a federation like this one, which represents France, would appoint and trust me to lead this project,” Lorantos told us.

“The specific project planned by the federation looks ambitious and well-founded, and the facilities and infrastructure offered are of a very high level.”

French officials had no qualms about hiring the 51-year-old, with a positive experience hiring from Greece.  Lorantos is the second from his country to lead the French women’s national team, with fellow-countryman, Filippos Sakellis, leading the side between 2013-2016.

Lorantos certainly checks the boxes when it comes to Olympic experience. He represented Greece in the Olympic Games three times (1992, 1996, and 2000) as a player.

However, his Olympic coaching resume only includes a failed 2021 qualification attempt with the Greek women’s national team. France’s new head coach, though, believes his Olympic experiences, both positive and negative, continue to influence his water polo journey:

“Having participated as an athlete three times and as a coach once in the Olympic qualification tournament, I can definitely say it is something really difficult in terms of psychology and pressure for an athlete. A tournament with an extreme change of emotions, because in just a couple of minutes, a four-year preparation is being determined, four years’ worth of work from the federation, all the people involved in the project, and of course, the athletes. Coming out of those games, you emerge wiser and stronger, regardless of the results of the games.” 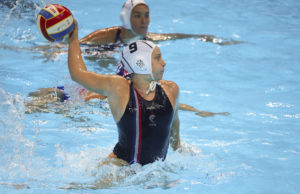 But for the players selected for the Olympic games, the pressure of representing your country at a home Olympic games is tenfold, something the incoming boss acknowledges as the biggest challenge for him to quell:

“Playing in the Olympic Games in your own country adds some extra pressure on you. When your goals are high, you need to prepare and train to be able to play under pressure. This is one of the challenges I believe I can turn in favour of our team.”

With a wealth of experience under his belt, Lorantos says that accountability and leading by example are pivotal elements to his coaching philosophy:

“As a coach, I am as strict with my players as I am with myself; I don’t like excuses. I demand athletic discipline, concentration, and competitiveness from my athletes, but at the same time, I believe that I can inspire them and provide them with a protective shield. I respect them 100% because they are the most important factors of the team. I’m as good a coach as my athletes.”

It’s not ideal timing for the French to be searching for a new coach with just over a year and a half until the big event. Even though the French national team has been making steady improvements, they are still a long way from dining at the top table of women’s water polo. Lorantos, however, is optimistic about the opportunity to improve that has fallen into his lap:

“Watching the games from the last two championships, I believe that the French team has big potential for improvement in many aspects of the game. This gives me great satisfaction because I know that with the work that we will put in, our game as a team will progress substantially” 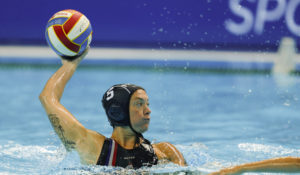 The French might just be the only team that is content with the hugely congested fixture schedule over the next twelve months, as the several major tournaments pencilled in provide many opportunities for the French to test themselves without the pressure of qualifying for the Olympics. Lorantos tells us that this is a perfect chance to create a winning culture and build momentum:

“One of our main goals is to obtain a winning mentality and grow up as a team. This is something that can only be achieved through wins, so we need to be able to win as many consecutive matches as possible to obtain this mentality. This is a key aspect that will help us reach a higher placement during the Olympic games. And this is something we want to achieve through these tournaments.”

It goes without saying, and has been stated outright in some quarters, that France has earmarked a podium finish at the Paris Olympics. Lorantos’ predecessor was keen to emphasise that was the aim of his team. The former Glyfada and Vouliagmeni men’s coach, however, has been reticent to engage with any talk of France’s fanciful medal hopes:

“With the support of the federation and the organisation of this project, we want to achieve a result that will make the team, the players, and everyone else involved (technical staff, etc.) proud! This is something we want to be able to realise during the next tournaments preceding the Olympic Games.” 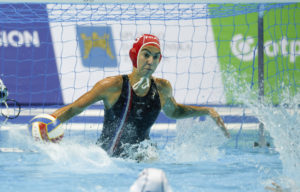 Something Lorantos was unremitting about was that he expects the highest standards from his players; his ‘non-negotiables’ are exactly that, and there is no place in his squad for those who fall short of his great demands:

“Until we start the preparation with the team, I am keeping thorough notes on each separate player of the team by observing their individual tactics and in-game techniques. I also pay close attention to the physical condition of the athletes. I am closely following the games of the French teams, and I will also be present in the final four of the French Cup this week in Aix-en-Provence.

I totally understand that all athletes competing at a high level have a dream to compete in the Olympic Games. All athletes who can follow my high standards will be able to be a part of the team. From my side, and knowing that participating in the games is a dream come true, I will try to be fair and objective in my choices.”

There is no doubt that Lorantos faces a huge challenge in getting a team like France in shape to compete for a medal in 18 months. For the coach as well as his players, this is finally a chance to compete at the biggest sporting event on the planet. The federation in France has invested much in state-of-the art facilities for their teams to prepare for these games, but it is now time for Theodoros Lorantos to give it his best shot to, in his words, “make everyone involved proud”.