Igor Milanovic arrives at Olympiacos: “It is a big challenge” 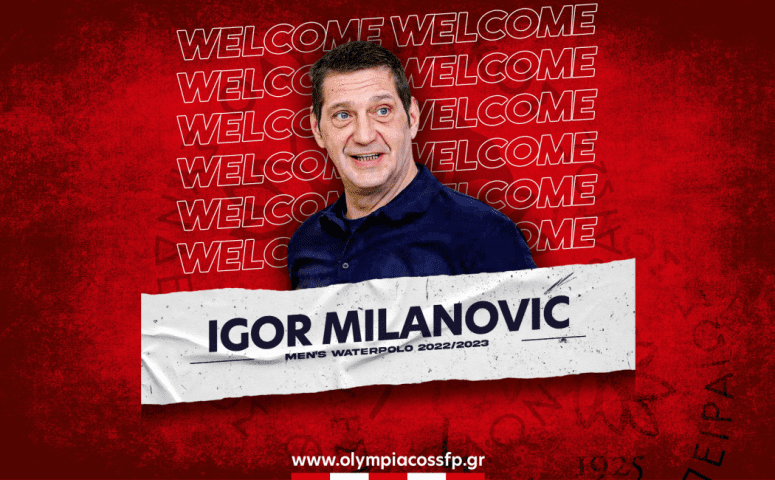 This afternoon, the Greek club announced that Igor Milanovic had taken over the first team Olympiacos.

In the past few months, Milanovic coached Novi Beograd, but as we already reported, he left the club. Novi Beograd appointed Zivko Gocic as a new head coach.

There has been a lot of unofficial information about Milanovic’s move to Olympiacos in the last weeks. But, until today, neither of the two sides confirmed those rumors. After today’s announcement, there are no secrets.

Milanovic will replace Theodoros Vlachos in Olympiacos. Vlachos will work only with the national team in the following period.

“I am happy to be here. It is an honor to take over Olympiacos, a team with a huge tradition. In the past, I was close to coming to Olympiacos as a player, in 1991. However, I did not arrive. The Federation at that time decided not to compete with four foreigners in a team. I couldn’t help, but I come to Olympiakos now, since I have excellent relationships with people here, in Piraeus, Athens, and Glyfada, while taking over a historic and very strong team. Filip Filipovic plays in the team, we have two excellent strikers, very strong goalkeepers, and of course, many internationals and the Greek national team players, which is something very important. The team has quality. I can help Olympiakos to play even better, I will give my best. This is a big challenge for me. We can reach far in Europe. I’m excited, I hope we have a good and successful season. I hope to lead this great club in the right direction.”, Milanovic said for Olympiacos’ official website.

Milanovic (57) has been a coach since 2009. He guided Banjica, Partizan, Pro Recco, Galatasaray, Valis, Crvena Zvezda and Novi Beograd before coming to Olympiacos.

Milanovic is considered one of the best players in the history of water polo. As a player, he won two Olympic golds (1984 and 1988), and three Champions Leagues (two with Mladost and one with Catalunya). Between 1975 and 1989, he played for Partizan, and after that, he was a member of Mladost, Crvena Zvezda, Roma, Budva and Catalunya.
He was the flag bearer of Yugoslavia at the opening of the 1996 Olympic Games.

Igor Milanovic’s big rival in the Greek League will be his former teammate, and a player he coached – Vladimir Vujasinovic. A few weeks go, Vladimir Vujasinovic became Vouliagmeni’s head coach. In 2011, when Partizan won the Champions League, Vujasinovic was the team’s captain. Milanovic’s colleague in Olympiacos will be Aleksandar Ciric, who was his teammate in Crvena Zvezda and the national team. Ciric coaches the female team of Olympiacos

It’s expected that Olympiacos will confirm new signings in the following days. It’s almost sure that Marton Vamos, who left Ferencvaros, will join Olympiacos. According to rumors, Alexandros Papanastasiou, who played for Jug in the past several seasons, is close to returning to Olympiacos.