Igor Milanovic comes back to Partizan 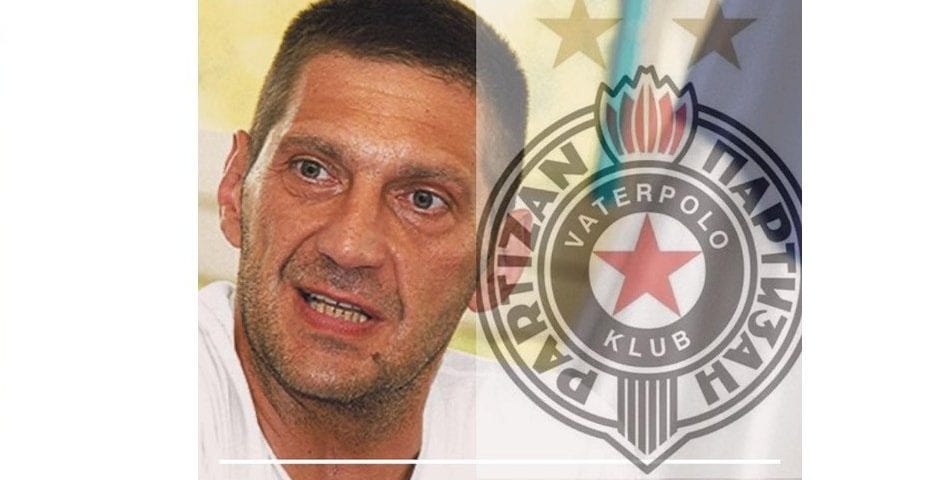 A few days after leaving Crvena Zvezda, a legendary Serbian player and coach Igor Milanovic has been appointed as Partizan’s coach.

Milanovic started his coaching career in Partizan more than ten years ago, as a coach of the Partizan’s “B” team (Student), and he guided the first team of Partizan to the title in the 2011 Champions League.

In today’s official statement, Partizan confirmed that it had reached the agreement with Milanovic, after three years of negotiations. The club didn’t clearly say that Milanovic would be the head coach. However, Milanovic confirmed that he would be the chief of Partizan’s coaching staff, in an interview with Sportski Zurnal.

“Water polo club Partizan proudly informs the public that  it signed a four-year contract with a water polo legend Igor Milanovic on August 10, 2020, after three years of negotiations.

By returning to the place where he achieved the historical success, Igor Milanovic will arrange the club’s return to the path of old glory, which indisputably belongs to an institution such as Partizan is. In one of the hardest moments in the 75-year-long tradition of Partizan, Igor Milanovic shows that he is an integral part of the success and progress of water polo sport.

Water polo club Partizan secured all the conditions for regular work in the next competition season.

The press conference (regarding Milanovic’s arrival – Ed.) will be held as soon as possible, in accordance with the epidemiological situation in the country, as well as by all recommended measures.”

More details of the cooperation and what will be Milanovic’s duty (whether he will guide only the first team or will coordinate of all Partizan’s age categories besides working with the senior squad) will be presented at the press conference.

After leaving Partizan in 2012, Milanovic was Pro Recco’s head coach (and won the 2015 Champions League). Then, he guided Galatasaray, Valjevo, and Crvena Zvezda in the last season.

It is well-known that Partizan is in a big crisis because of the hard financial situation and the club’s management disputes.

The current club’s management doesn’t have significant support from the players, the coaches, and the former Partizan’s stars. Still, by bringing Milanovic, the management hints that it maybe can solve the problems and they got backing from somebody for their project

Early in July, the former Partizan’s players (including Zivko Gocic, Slobodan Nikic, Filip Filipovic, Dusan Mandic, etc) addressed the public by an open letter. They demanded the resignation of the club’s management, which is, as they underlined, responsible for ruining and degrading the club’s reputation. They requested the meeting of the club’s assembly. The players said that they believed that only Zoran Avramovic was the valid president of the Assembly of Partizan. Avramovic and the club’s president Aleksandar Sostar were dismissed in December, at the club’s Assembly. But, the two claims that the decisions made at that Assembly aren’t valid and that the competent state authorities agree with such an attitude.

One day after the players’ letter, the current club’s management (general manager Tatijana Rakas and president Mirko Bradajic) held a press conference. They told that the former management (Sostar in the first place) was responsible for the crisis. Rakas said that the club’s debt was at least 6,500,000 euros.

The former management (Sostar and Zoran Avramovic, the president of the club’s Assembly) scheduled the new Electoral Assembly for July 13. The Assembly was postponed because the state of emergency was declared in Belgrade again due to the coronavirus epidemic(public gatherings with more than ten present people are not allowed).

On Sunday, the former Partizan’s players published a new open letter and repeated their request for the new Assembly. They underline that the club is in the hardest situation in history. (Partizan was founded in 1952).

The series of turbulent events in Partizan has been continued.

The former management and former players say that they can compose a new administration that is able to save Partizan. According to that plan, after appointing new management, Sostar and Avramovic would leave the club.

There are a lot of open questions about Partizan’s future, but there are no many answers.

Maybe, the following press conference and the Assembly (if held) will give some answers.