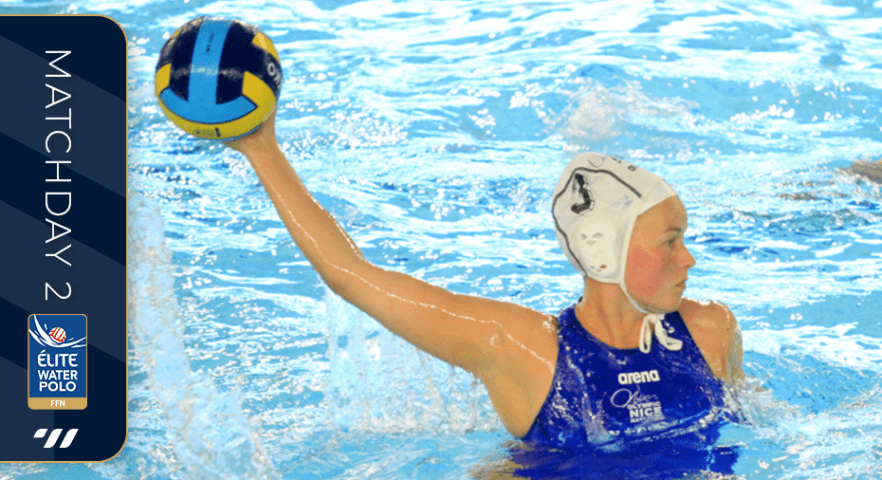 Two exciting matches were played in the French Women’s Championship, with INSEP needing penalties to defeat Nancy and Mulhouse earning a well-deserved victory against Nice.

Grand Nancy performed admirably against INSEP, but their second-half capitulation gave INSEP a way back into the game. The French federation’s elite training squad ultimately prevailed in the shootout.

Meanwhile, Luca Heurtier’s Mulhouse enjoyed their first victory of the season with a 15-10 victory over Nice. Louise Guillet, captain for club and country, led from the front, scoring five times.

Bordeaux remains top of the league, with two wins from two. Switzerland did not play this matchweek, but will return for a double-header against Nice next weekend.

The game started evenly, with both teams netting penalties at the midway point of the first quarter: Guillet for Mulhouse and Van de Velde for Nice. Guillet scored two more goals in less than a minute to give Mulhouse a 3-1 lead.

Mulhouse thought they would go into the second period with a 5-1 lead thanks to two goals in quick succession (Le Roux and Jean Michel), but a second strike by Van de Velde and a Marie Barbieux penalty put Nice back within two (5-2).

The powerful figure of Aurelie Battu and another goal from the top by Morgane Le Roux re-extended Mulhouse’s four-goal lead (7-3). Ilaria Di Bartolo pulled one back for Nice, but it didn’t stop Mulhouse from moving forward. Morgane Le Roux got her hat trick, and the Hungarian Kinga Mihaly scored as well, making the score 9-4 at the end of the half.

With the gap now at five goals, Nice needed to get back in the match soon. However, three scores (Mihaly, Forgacs, and Guillet) at the start of the third essentially ended the match as a contest (12-4).

Nice rallied in the last, but scores from Di Bartolo, Noy, Deschampt, and Barbieux were only consolations.

It took penalties to separate INSEP and Nancy over the weekend. Although Nancy were the superior team for the majority of the match, the nation’s high-performance team narrowly prevailed.

Nancy started well. Alicia Gabrielle’s two goals in the first eight minutes of the game propelled the visitors to a 4-2 lead.

Camelia Bouloukbachi and Kahena Benlekbir scored for both teams in the second period, but Nancy still went into the intermission with a two-goal lead (3-5).

Only one penalty was missed in the shoot-out, by one of the best players of the match, Kahena Benlekbir.