Investigation of controversial contracts at LEN starts in Switzerland, reaction comes from France 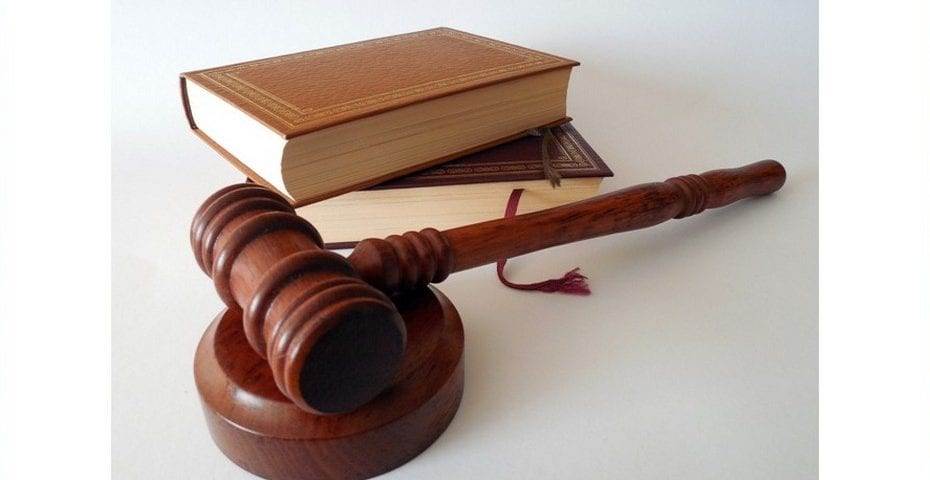 Early in May, Swimming World Magazine (USA), Frankfurter Allgemeine (Germany), The Sunday Telegraph (Australia), The Times (London) published articles about the financial irregularities in LEN. Three months ago, the respectable newspapers and magazines wrote that Paolo Barelli, LEN president and a vice-president of FINA, David Sparks, LEN general secretary, and Tamas Gyarfas, LEN treasurer, were involved in this controversial matter. Sparks and Gyarfas are also members of FINA Bureau

Everything started when Swiss Bartolo Consolo, the former president of LEN (from 1990 to 2008), and LEN Life Honorary President, received an anonymous letter last year containing allegations of financial irregularity. Consolo started to research and confirmed the existence of the controversial financial contracts. Consolo expresses a wish to have the matter resolved within LEN. Since he wasn’t satisfied with the answers in LEN and was accused of “manipulating” the information”, Consolo took a step further and sent the dossier about his research and other materials to prosecutors in Italy and Switzerland and to two sports ethic panels (FINA’s and the Italian Olympic Committee’s panels).

Meanwhile, the Italian weekly “Esspresso” published an article about Paolo Barelli’s business network and the contracts between the Italian Swimming Federation (FIN) and several companies, linked with Barelli, who has been the president of FIN since 2000. In 2012, Barelli was elected as LEN president.

The Swiss Prosecutor has opened a case file and will start to call witnesses to account from the end of this month, Swimming World Magazine published in its latest article regarding this issue.

The magazine writes that Bartolo Consolo attended a meeting with Fraud and Money Laundering Department investigators of the Swiss Criminal Prosecutor’s Office of the Canton Vaud, held a police headquarters in Nyon, Switzerland, last Tuesday.

On the table were the documents that Consolo, current president of Swiss Swimming and LEN Life Honorary President, sent to LEN leaders last December and governors at FINA in March naming companies paid for work by the European federation without the approval or knowledge of the board of the continental organization.

LEN leaders have been warned that they could be held liable under Swiss federal law if they are found to have ignored allegations of financial irregularity at the continental federation, which they were made aware of last December.

On the strength of Consolo’s efforts, submissions and clarifications, the Swiss Prosecutor opened the case.

That will bring to three the number of official investigations opened into the allegations of financial irregularity at LEN, including inquiries by the Public Prosecutor’s Office of the Italian Swimming Federation and by the Italian Olympic Committee (Ethics), Swimming World Magazine emphasizes.

LEN is based in Nyon, Switzerland, and is subject to Swiss law.

Consolo is a lawyer by profession, His investigations led to allegations that Paolo Barelli kept secret from fellow LEN Bureau members at LEN and the European Broadcast Company the existence of companies and payments to those companies made for ‘consultancy’ and other work.

Barelli has denied any wrongdoing. He explained to members of the LEN Bureau at a meeting in January that he had invested significant resources of his own – in money, time and through the use of his private offices and those of the Italian swimming federation (FIN) – in lifting the European body out of a financial hole to robust economic health through partnerships, sponsorships and selling broadcast rights.

As it was written in the articles published in May, the members of the LEN Bureau accepted the president’s explanation and apologized to Paolo Barell. On the other side, they accused Consolo of “manipulating” the information in his dossier “to shed a bad light on the President and Officers at LEN”.

“Suddenly, I was the problem because I had raised these serious issues. I was encouraged to back down, I faced threats to have me removed from my position, not allowed to attend meetings.”, Consolo told Swimming World Magazine.

As head of the Swiss federation, Consolo is directly answerable under Swiss law if he suspects and then wishes to raise allegations of financial irregularity. An Italian citizen, Consolo said that he had made serious efforts to persuade the LEN Bureau to investigate further the companies and payments at the heart of his concerns but had been “deeply disappointed and saddened by the response I got”.

“I had no choice but to follow my responsibility in law. I could not just ignore this. We need explanations for such things: what are these companies, who do they belong to, what were those payments for, who authorized them.”

That meant filing his concerns with the relevant legal authorities, namely the offices of the criminal prosecutors of Switzerland and Italy, as well as the Ethics Panels of CONI, the Italian Olympic Committee, and FINA.

The first three authorities have all opened case files on Consolo’s submissions, while FINA has yet to send an official reply to the LEN Honorary president. Just as leaders at LEN are answerable to Swiss authorities, so too are top officials and members of the FINA Bureau. FINA’s headquarters are in Lausanne.

According to Consolo, Italy’s Paolo Barelli, Britain’s David Sparkes, and Hungary’s Tamas Gyarfas, are co-signatories  to a percentage-fee agreement with a company called Elevan, which is said to have acted as an agent charged with raising the value of broadcast rights secured with the European Broadcast Union.

The key issues with that agreement are that no other members of the LEN Bureau knew about the existence of Elevan nor any agreement with it, while the EBU has stated that did not work with third parties and that all negotiations with LEN were direct between the directors of the federation and the EBU, Swimming World Magazine writes.

Registered in Italy as an insurance company, Elevan also received fees in 2016 and 2017 for “identification and assistance activity” related to a lucrative LEN sponsorship deal with insurer UnipolSai, records sent to prosecutors show.

The documents now with investigators also point to a support package to LEN of 850,000 euros from UnipolSai, which threw a lifeline to the European federation at a time when Barelli was leading efforts to get the European aquatics federation out of a financial hole.

Part of those efforts included revenue from rights to broadcast swimming and other aquatics sports on television. LEN’s contracts with the EBU run to more than 13 million euros since 2013.

Elevan is one of three companies at the heart of the allegations of financial irregularity that only Barelli, Sparkes and Gyarfas, who runs the FINA Aquatics magazine, appeared to know about within LEN, former directors of which have indicated to Consolo they knew nothing about.

Between 2014 and 2017, fees were allegedly paid to two other companies, CIR-AUR and Eurozona, both registered in Italy as property companies, in a string of payments worth between euros 20,000 and 24,400 for “organization logistics services activities” and “commercial assistance”. CIR-AUR is majority-owned by Barelli, Swimming World Magazine published.

Consolo: I had to take action

In his letter to LEN-member European swimming federations, a copy of which was obtained by Swimming World, Consolo notes:

“Considering that the legal seat of LEN is in Nyon, Switzerland, Swiss Federal Law applies to LEN. The allegations brought forward in the documents, if proven true, are considered an official crime under Swiss law. The Swiss legal system is currently very active in prosecuting possible breaches of Swiss laws. This is due to the damage to the image of Switzerland in the world brought on by International Sporting Federations like FIFA (Sepp Blatter and Gianni Infantino), IHF, AIBA and others that have their headquarters in Switzerland. The Swiss law has even been amended by an article concerning embezzlement and financial wrongdoing by International Sporting Federations (Lex FIFA).

“This means that I had to take action, both as a Swiss citizen, and as a member of the Bureau of LEN. Had I chosen not to, I could be prosecuted myself for withholding evidence. This would be catastrophic for me and also for the Swiss Swimming Federation.”

After noting the sequence of events that led to him taking matters beyond the European league, Consolo writes:

“… according to Swiss law such accusations must be officially investigated. Therefore, not wanting to end up as the only culprit, I had no other choice than to hand over the documents to the prosecutor general. Now it is up to the Swiss legal system to investigate and to decide. I believe this is also in the interest of LEN to secure its international credibility.”

It is at that stage that Consolo issues his warning:

“At this stage, I must mention, that any Bureau member (or person) that is aware of the accusations but opts to ignore them, could also be held accountable under Swiss law.

I hope that these explanations will help many of you, by thoroughly assessing the facts, to understand the actions linked to them. I also hope that you will share my effort to bring transparency, clarity and new enthusiasm to LEN and the European Swimming Family.”

I will keep you informed on the development of this import issue.

On May 3, LEN reacted by a short statement:

“LEN (Ligue Européenne de Natation) totally rejects the allegations, which have appeared in some media reports.  Following various briefings and the receipt of the Audit Report, the LEN Bureau unanimously agrees that there is no substance to the allegations raised. LEN maintains that all its bodies have always respected a conduct in line with the principles of good governance and transparency.”

Since May 3, LEN hasn’t issued a new official statement regarding this case, but Gilles Sezionale, the president of the French Swimming Federation, reacted. Sezionale is a member of the LEN Bureau and a candidate for the president of LEN (the elections will take place in November).

“In a letter sent to his colleagues in the top bureau of LEN, the French Gilles Sezionale asked that an independent commission be set up as soon as possible to verify the accusations made against Barelli. In the text of the document, Sezionale claims that his request is shared by other members of the federation’s top body. He is a candidate to take the place of the Italian in view of the elections scheduled for next November. However, the number one of the French Swimming Federation says he is ready to withdraw his candidacy if Barelli can prove that he is not involved in the malversation he is suspected of.”