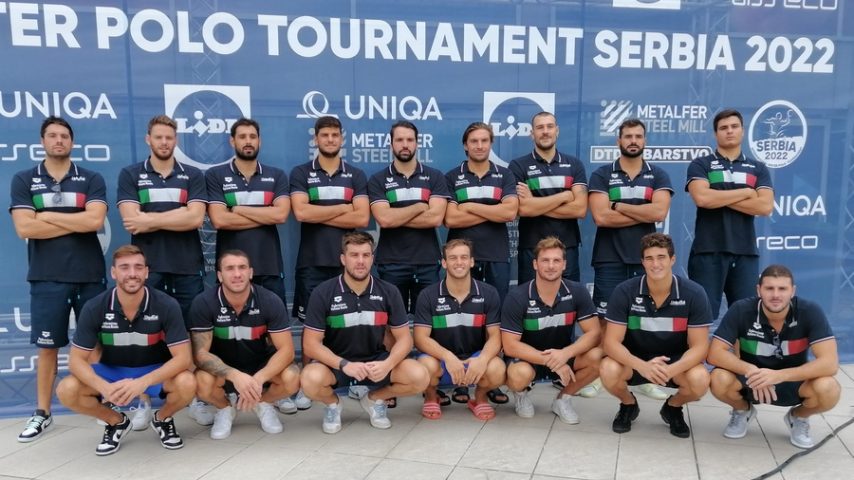 Italy won first place in the tournament “Serbia 2022”, which was the last preparation competition for male teams before the European Championships in Split.

An encounter between Italy and Croatia, which opened the third day of the four-nation tournament, was decisive in a hunt for first place. The Italians beat the Croats (12:9) and finished atop the table with 7 points. Croatia finished 2nd.

Serbia defeated France 13:7 in the last match of the tournament, and won 3rd place. The French remain winless.

Italy took a 1:0 lead in the 1st minute of the clash with Croatia. From that point on, the “Settebello” were always in front. In the middle of the second, Dolce made it 2:0.

Croatia, which played without center-forward Josip Vrlic today, broke the deadlock in the 8th minute – Fatovic scored from a counter-attack 1:2. In the second period, the teams traded goals until 4:5. Still, at the finish of the quarter, the Croats caught up with the World League winners. Marko Zuvela leveled at 5:5 in the 23rd minute. However, Canella responded immediately, and Italy entered the second half with a 6:5 advantage.

The Italians practically secured the win in the first three minutes of the third period Ferrero scored from a counterattack. Shortly after, Di Somma added one more goal to stretch the margin to three (8:5). In the remaining time, Croatia couldn’t come back. Italy had a 5-goal lead in the fourth period (11:6 and 12:7), but the Croats reduced the gap in the dying seconds.

The last match of the three-day competition turned into one-sided contest quickly. Serbia (still without some of the aces – Mandic, Jaksic,Lazic, Vucinic) ran over France. The French, who have had problems with injuries, as well as Serbia, played without Mehdi Marzouki today (he got a rest), but Ugo Crousillat returned to the squad.

Serbia earned a 2:0 lead quickly with two power-play goals (Radulovic and V.Rasovic). Caumette made it 1:2, which was also from a 6 on 5. But, in the following minutes, the Serbs tightened their defense, while the attack worked very well. The hosts were 7:1 up already in the 10th minute. Marko Radulovic closed the first half with an action goal – 8:1.
Serbia kept the French scoreless for almost 13 minutes. Vernoux ended that goalless phase early in the third period (2:8). The third quarter belonged to the French, but it was too late for a comeback. They narrowed the gap to four goals twice in the fourth period (5:9 and 6:10), but the Serbs recorded a 6-goal win. At the finish of the game, France left without injured David Caumette.