Italy and Serbia are on way to Strasbourg 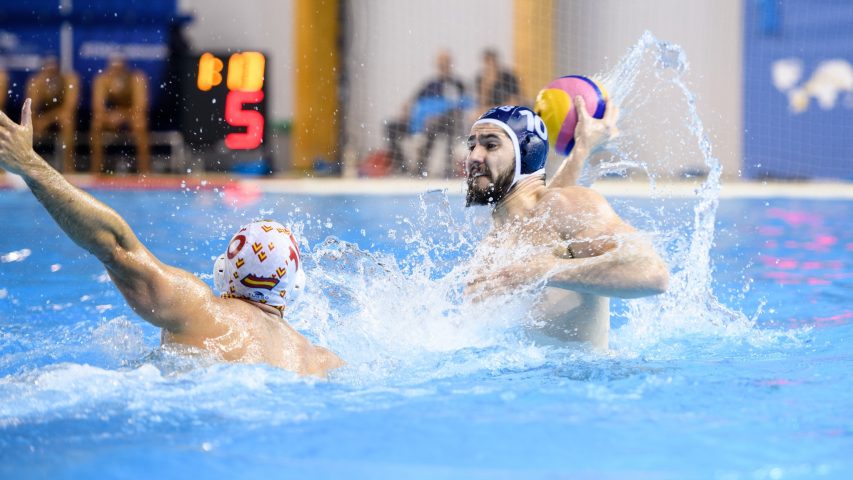 Italy and Serbia advanced to the final of the European qualifiers for the World League in Podgorica. Therefore, the Italians and the Serbs qualified for the Super Final that will be held in Strasbourg in July.

Italy defeated Montenegro 9:7 in the semis. Serbia recorded a narrow 11:10 victory over Spain.

The medal winners will qualify for the tournament in Strasbourg. So, Montenegro and Spain will battle for the last available ticket in the 3rd-place match tomorrow (19:00 CET). The final clash, between two champions  – Italy (World champion) and Serbia (Olympic gold) – is scheduled for 21:00. Live scores and statistics of all the games will be available on the page World League, European Qualifications F8, powered by Total Waterpolo Arena.

The results say all. Both semifinals were very exciting and everything was open until the very end.

Montenegro was a better team in the first quarter of a defensive battle. In the first minute, the Montenegrins had a chance to open the scoring from a penalty shootout. But, Matkovic missed. Still, the hosts entered the second period with a 2:1 lead. But, they couldn’t find the net in the second period, while the Italians scored two goals (Fondelli in the 8th, and Di Fulvio in the 15th minute) and Montenegro became a team that had to chase the opponent. 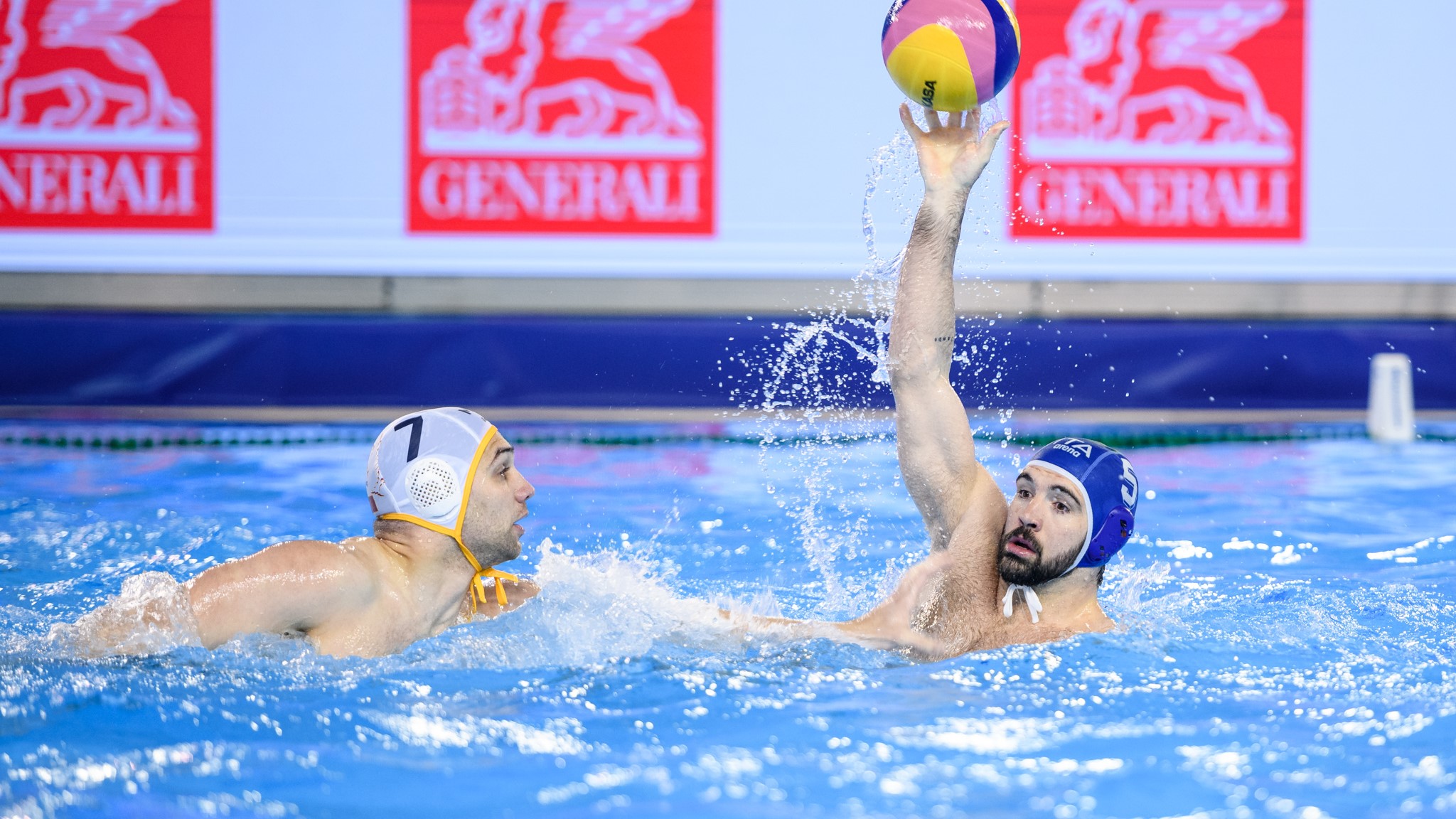 Vlado Popadic scored from a counterattack in the first minute of the second half to level at 3:3. But, in the following minutes they missed a few chances, and Italy’s defense, commanded by an excellent Marco Del Lungo, was almost superb. Fondelli scored from a distance to put Italy in front (4:3). Shortly after, Matteo Iocchi Gratta doubled the Settebello’s lead. Luca Marziali stretched the margin to three (6:3). The Montenegrins reduced the gap to two (5:7) before the final quarter. 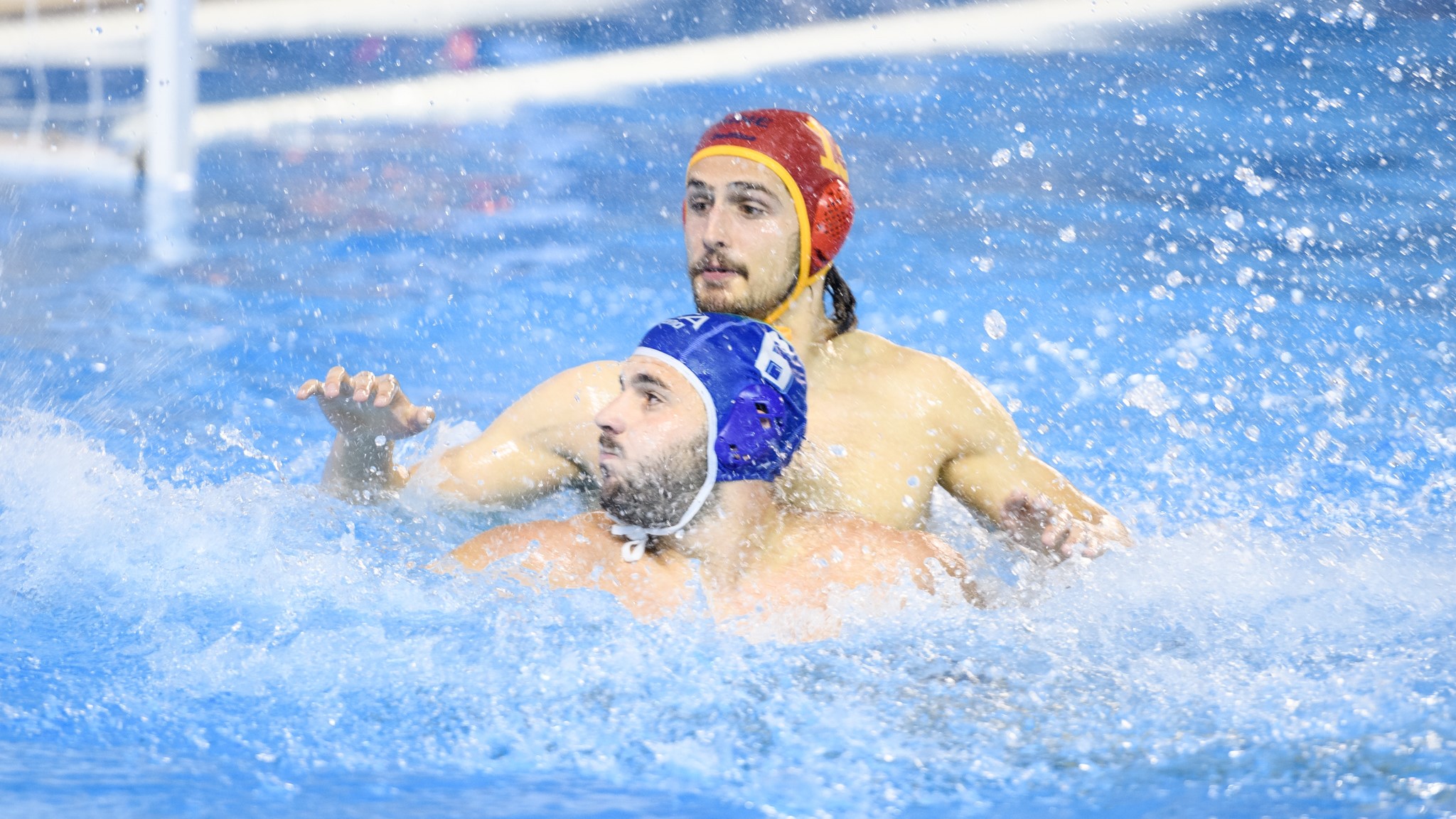 Defenses and goalkeepers Tesanovic and Del Lungo dominated in the fourth quarter.

The first goal in this period was scored only in the 29th minute when Di Fulvio hit the back of the net for 8:5. But, nothing was decided yet.

Montenegro responded with two quick goals and came very close (7:8) with 02:54 minutes remaining on the clock. Then both teams missed a few chances. Tensions got higher. Montenegro had the ball in the last 14 seconds and a new opportunity to level the score. Goalkeeper Tesanovic joined his teammates in Italy’s half of the field. But, Mrsic hit the post with five seconds remaining. After that, Fondelli got the ball and sent it into the empty net for the final score.

Although his team lost, Montenegro’s goalkeeper Petar Tesanovic, who posted 12 saves, received an award for the MVP of the game. 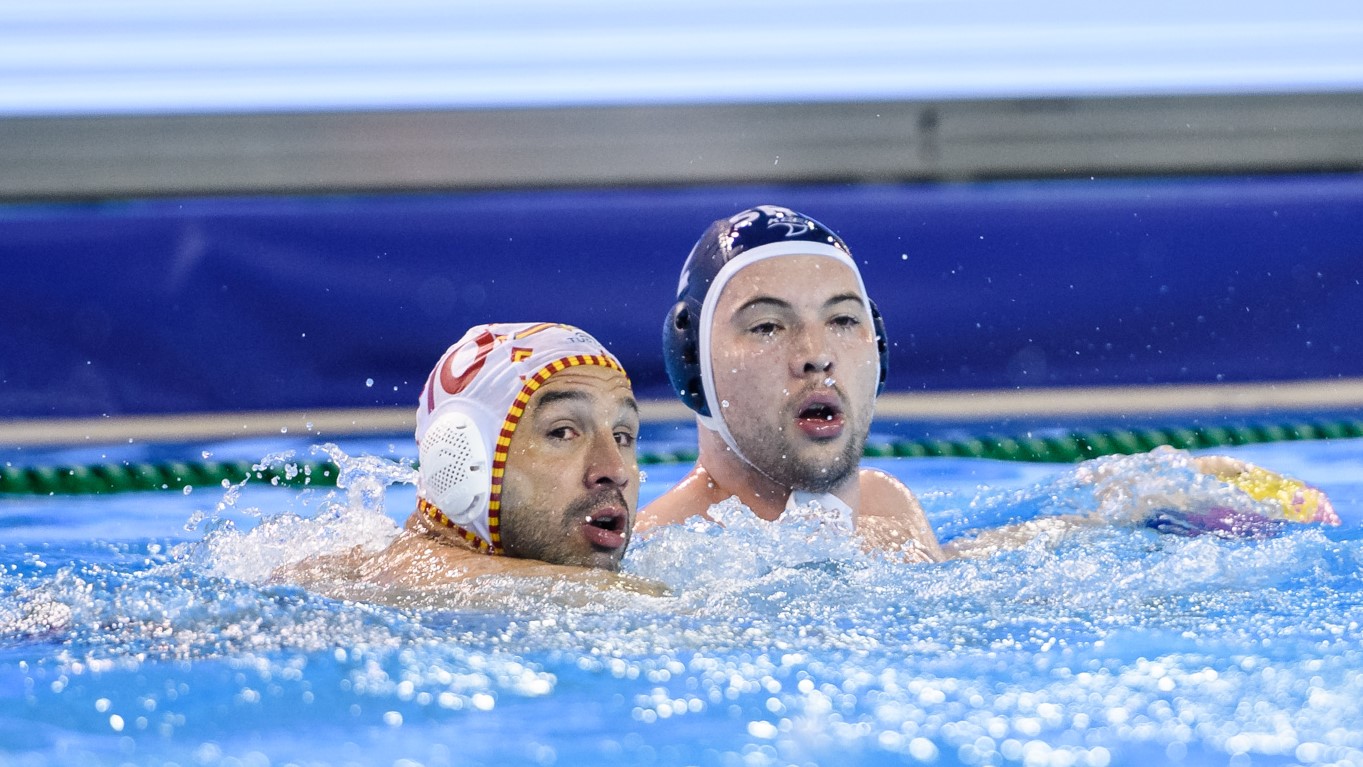 Serbia and Spain have fought hard battles in the knock-out matches in the last few years. Spain defeated Serbia in the quarterfinals of the 2019 World Championships, 2020 European Championships, and quarterfinals of the European qualifications for the 2020/21 World League. But, Spain couldn’t stop the Serbs on their way to the second Olympic title and suffered a loss in the Tokyo semifinals (9:10). This time, a goal separated the rivals again after a huge battle, and a new, rejuvenated team of Serbia secured a medal and a spot at the Super Final.

Serbia’s center-forward Nemanja Vico opened the scoring in the third minute. Just 40 seconds after, the Spaniards had a chance to equalize from a penalty shot. But, Branislav Mitrovic prevented Alberto Munarriz to score. The Olympic champions earned a 2-goal lead in the first period (2:0 and 3:1).

Midway through the second quarter, Spain leveled at 4:4 – Roger Tahull scored from a 6 on 5. But, the sides weren’t tied for long. The Serbs earned a man-up in the next possession, and Mandic converted it to a 5:4 lead. At halftime, Serbia was 6:4 up. 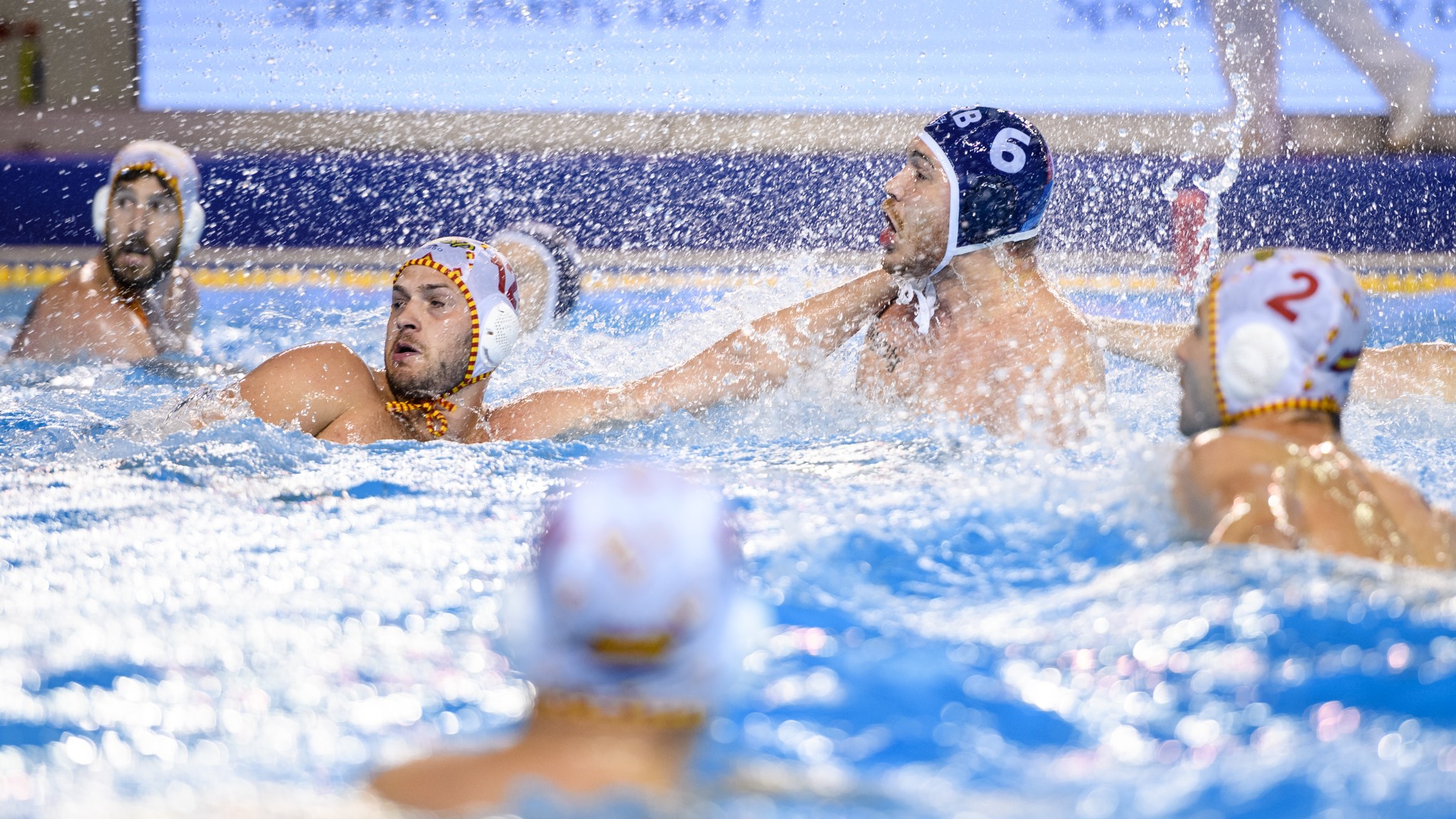 The Spaniards halved the deficit twice in the third period (5:6 and 6:7). The Serbs netted two power-play goals (S. Rasovic and Jaksic) and earned a 3-goal advantage for the first time – 9:6 (22nd minute). Larumbe made it 7:9. The Spaniards had a chance to come even closer, with a man-up. Still, Branislav Mitrovic came up with another nice save, this time he blocked Larumbe’s shot. The Olympic champions regained a 3-goal lead after Strahinja Rasovic found the net at 00:18. After that, the Spaniards had another 6 on 5, but missed and Serbia had a solid 10:7 advantage before the last eight minutes.

The Spaniards regrouped themselves during the last break and erased the three-goal deficit quickly, scoring three goals in less than four minutes (Famera, Larumbe, Granados). In the 28th minute it stood 10:10. The Serbs started making mistakes. They missed a few shots. Nikola Jaksic found the net from the center-forward position to give Serbia an 11:10 lead (30th minute). After a series of misses and lost balls, Spain had the last attack in the game. Head coach David Martin called a time-out with 28 seconds to go. Spain organized a long attack. In the last second, Alvaro Granados took responsibility and tried to equalize, but Dusan Mandic blocked his shot and sent Serbia to the final.

Marko Radulovic, who netted three goals was voted the MVP of the match.