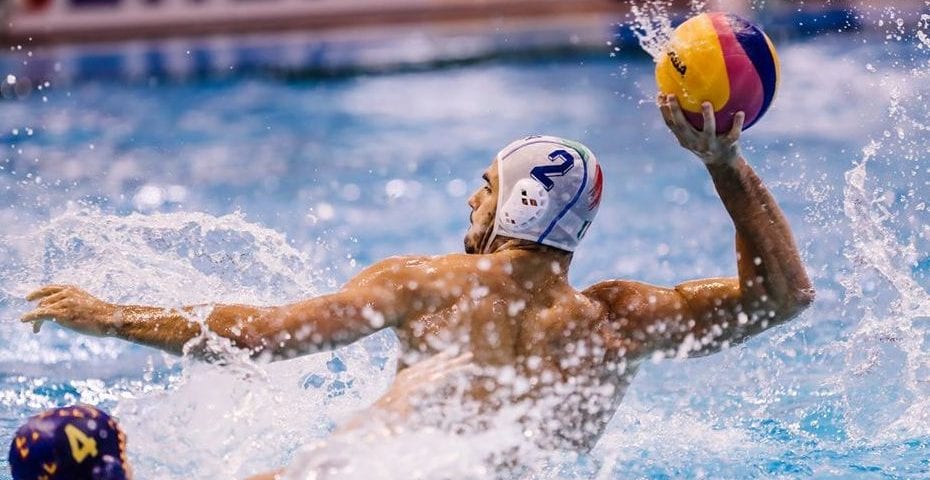 The highlight of the second day of the FINA World League Super Final in Tbilisi was the derby of Group A, an encounter between Italy and Greece.

Italy recorded an 11:8 victory, and will probably finish 1st in the group.

Montenegro blew away Georgia (19:8) and mathematically secured the top spot in Group B. The United States defeated Japan. France had a 5-goal lead against Kazakhstan, but it barely saved a win (12:11).

Francesco Di Fulvio was Italy’s power engine in a win over Greece. He scored four goals in the game which was a “neck-and-neck” race for almost three quarters. Italy led for most of the time. Greek went in front just once – 3:2 in the 12th minute, but not for long since Di Fulvio equalized immediately.
At halftime, Italy had a slim 5:4 advantage. After just 32 seconds of play in the third period, Gkiouvetsis converted a man-up for 5:5.

Shortly after Gkiouvetsis’ goal, Italy built a 2-goal lead for the first time, with two goals in 40 seconds. Matteo Aicardi found the net with a power-play advantage. In the next possession, Italy forced a penalty shot. Di Fulvio sent the ball into the net from the 5m line (7:5) lead. Papanastasiou halved the distance in the 22nd minute (6:7).

Still, in the 24th minute, Italy stretched the margin to three (9:6). Greece’s Genidounias closed the third quarter with a goal for 7:9, but his team couldn’t come back.

In the middle of the fourth period, Di Fulvio scored his 4th goal and Italy regained a 3-goal lead (10:7). Genidounias converted a penalty for 8:10, but three minutes before the end Echenique set the final score – 11:8.

France collected the first three points after a hard-fought battle. Early in the fourth period, it seemed that France would achieve a comfortable win. However, Kazakhstan managed to come back, but it didn’t equalize.

The first half saw a battle with a few twists and turns. In the 16th minute, the teams were tied at 4:4, but France captain Ugo Crousillat closed the second quarter with a goal for 5:4 just two seconds before the middle break.

The French, led by Crousillat and a young center-forward Thomas Vernoux built a three-goal lead (9:6) deep into the fourth period. Shakenov converted a man-up for 7:9 in the 22nd minute, but the Europeans responded with two goals and entered the final quarter leading 11:7. Mehdi Marzouki converted a man-up in the 26th minute. France earned a 12:7 advantage. Many thought that was the end of the contest. Still, the Kazakhs were able to come back. They produced a 4:0 rush and cut the deficit (11:12) with 01:56 minutes left on the clock. Kazakhstan had the last possession. The Asians had three shots in the last 27 seconds, but they hit the post twice, while goalkeeper Clement Dubois posted one save, and France kept three points.

Montenegro outplayed Georgia completely, and with two wins in two days (they beat the USA yesterday) secured 1st place in the group. A few months ago, Montenegro beat Georgia by just two goals at the Olympic Qualifications (11:9). But, today’s encounter offered a different storyline.

After an 8:2 first quarter, it was clear who would win. Montenegro’s captain Aleksandar Ivovic opened the second quarter with his fourth goal in the match. He gave his team a 9:2 lead and killed all Georgia’s hopes. The hosts fought hard and played well in the second, third, and fourth quarter, but the Montenegrins controlled the match. At halftime, they led 14:6 (Georgia’s goalkeepers posted just one save in the first half). By the end, Montenegro increased the margin to 11.

The USA defeated Japan convincingly. The Asians were the tough rivals but they ran out of energy in the last quarter and a half.

Japan scored an opening goal in the match, but the Americans went in front soon, and they led 3:2 after the first quarter. Ben Hallock, the best scorer of the match, gave the USA a 4:2 lead early in the second period. However, Japan responded with two quick goals and leveled the score at 4:4.

Max Irving put the Americans ahead in the 14th minute (5:4) from a penalty shot (the USA had six penalty shots in the match). After that, Vavic and Hallock added a goal each, and the Americans had a nice 7:4 advantage at halftime.

Yusuke Inaba opened the third period with two goals and cut the deficit (6:7) with 03:10 minutes left in the third period. But, the hosts of the Olympic Games couldn’t go further. By the end of the quarter, the USA scored three unanswered goals (two from penalty shots) for a 10:6 lead and dominated the last eight minutes.