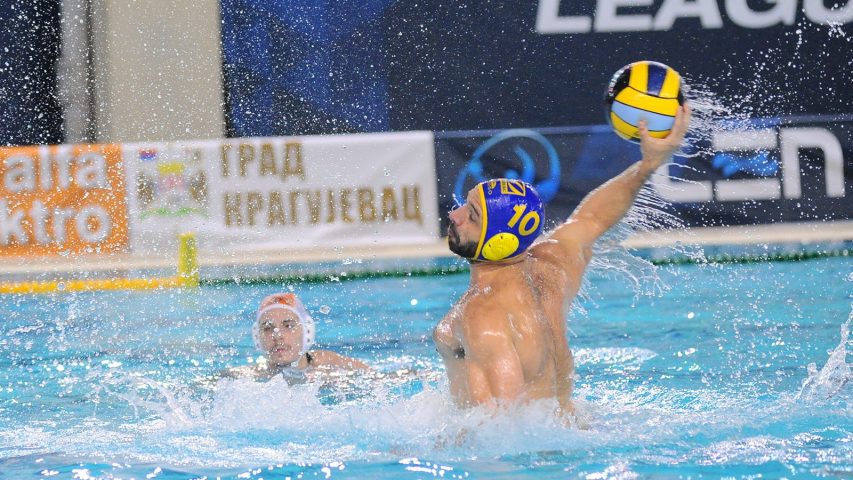 The battle for the F8 berths in the Champions League Group A has become more and more interesting.

The remaining three matches of Day 9 were played today.

Brescia, which defeated Olympiacos in Athens yesterday (8:5) can be even happier after the outcomes of today’s matches.

Brescia has 23 points. All rivals are far away from the Italians in the standings. Novi Beograd (which has qualified for the F8 as a host) climbed into 2nd place with 17 points. Ferencvaros and Olympiacos share 3rd and 4th place with 16 points each. Barceloneta is in 5th place (14th points).

After beating Ferencvaros, Jadran kept slim chances to earn an F8 spot. Still, Jadran has collected only 9 points so far. After a loss to Barceloneta, Radnicki is practically out of the race for F8. The Kragujevac-based side is in 7th place with seven points.

For the first time in 2022, Jadran didn’t have problems with Covid infections, and nobody was out of the team. On the other side, Ferencvaros arrived in Split without Denes Varga.

It took more than five minutes before the first goal was scored. Dobud converted a man-up for 1:0. Shortly after, Buric doubled the hosts’ advantage. In the middle of the second period, Dobud added another power-play goal, and Jadran went to 3:0. Ferencvaros got on the scoreboard only in the 13th minute, when Damonte scored from 6 on 5. Ferencvaros found its rhythm and leveled quickly (3:3 in the 15th minute), but Setka put Jadran in front 48 seconds before the middle break. However, that wasn’t the end of the second period. Just eight seconds before the buzzer, Marinic Kragic scored from a center-forward position to finish Jadran’s quick attack and give the hosts a 5:3 lead.

The Croats kept the momentum gained at the finish of the second quarter. They opened the second half with two goals and jumped to a 7:3 lead (19th minute). That 4:0 series proved vital for Jadran’s victory. Ferencvaros couldn’t come back after being four goals down. 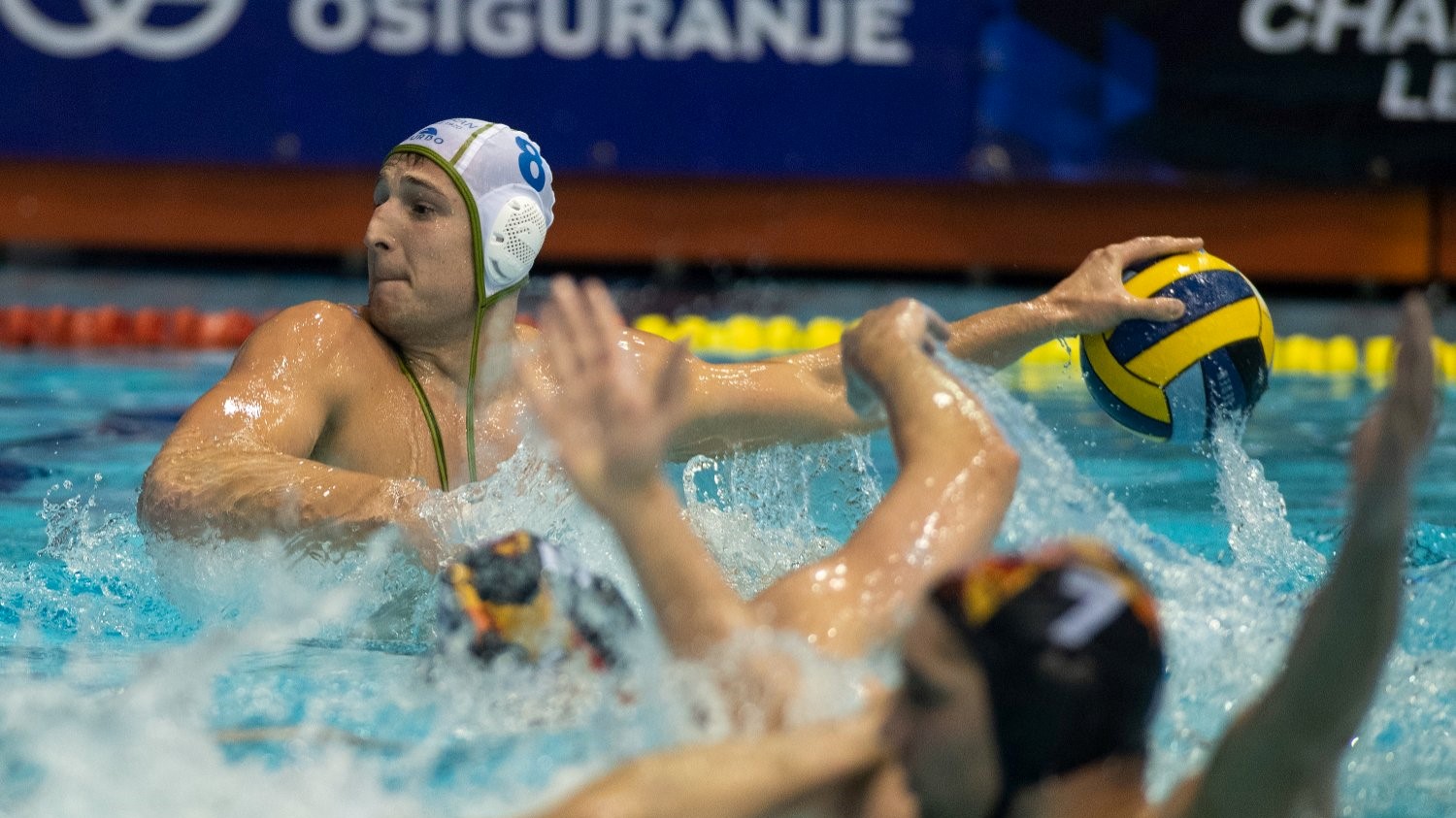 Still, the Hungarians didn’t give in. They reduced the gap to two goals three times (5:7, 6:8, 7:9). Ferencvaros’ seventh goal came in the 27th minute. But, it turned out that was the last goal in the match. Defenses dominated in the last five minutes. Each team missed a chance with a double man-up midway through this quarter. The goalkeepers did their job excellently. At the end of the game, Jadran’s Anic and Ferencvaros’ Vogel collected 13 saves each (Jadran’s latest reinforcement – goalkeeper Ivan Marcelic hasn’t the right to play in the Champions League this season because he came to the club in January).

That rhythm of the game in the fourth quarter suited Jadran, which managed to keep a 2-goal distance until the end.

Before the match, Radnicki and Barceloneta were encouraged by the latest results. Barceloneta won the Spanish Cup last weekend, while Radnicki has achieved very good results since the beginning of the year. Two weeks ago, an 11:8 victory over Olympiacos in Kragujevac boosted the Serbian champion’s hopes that it could reach the Final Eight. Barceloneta desperately needed points to recover from a loss to Novi Beograd in the previous round and to stay in the race for the F8 berths.

Radnicki played without the MVP of the World U20 Championships Marko Radulovic, while Milos Cuk has just recovered from an injury. On the other side, Barceloneta’s coach Fatovic had all players available for this match

Barceloneta killed all Radnicki’s hopes quickly. The Spaniards completely outplayed Radnicki in the first quarter. The Spaniards scored a goal in each of their first six attacks, so they led 6:0 in the 6th minute. After the sixth goal, Todorovski replaced Dobozanov in front of Radnicki’s goal. Still, Perrone closed the first quarter and the Spaniards entered the second quarter with a huge 7:0 advantage. The hosts consolidated the defense after the first break, but they had a lot of problems in the attack. Barceloneta displayed a brilliant defensive play. The visitors’ goalkeeper Aguirre posted 10 saves in the first three quarters. 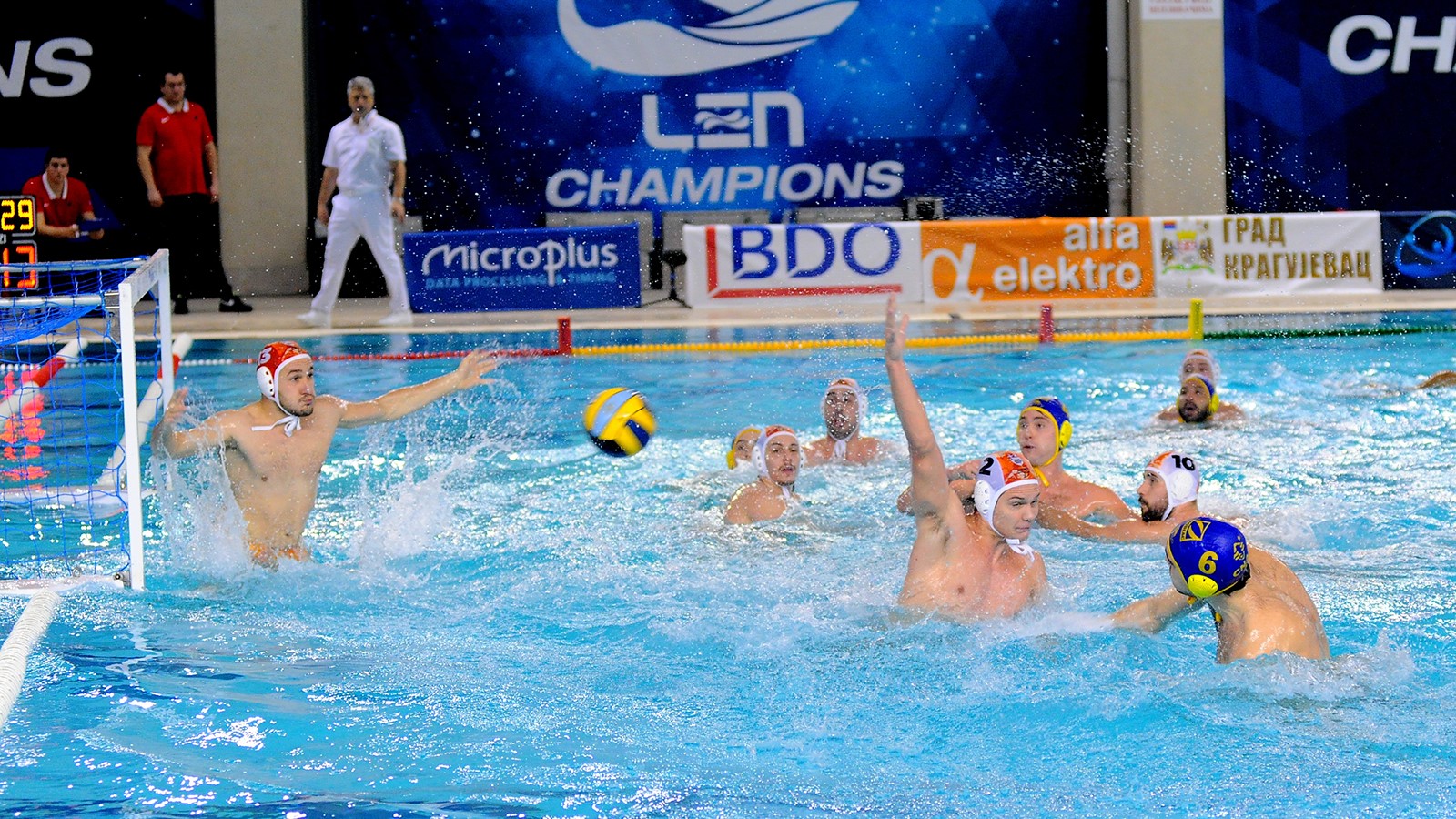 Radnicki finally scored in the 21st minute – Ukropina for 1:8, but it was too late for a comeback. The rest of the game saw a balanced battle- Radnicki proved that the result didn’t mirror a real difference in quality. However, the contest was practically ended after the first eight minutes.

An opening 5:0 rush put Novi Beograd on the right track. Dinamo managed to cut the deficit deep in the second period (3:6). But, the visitors from Georgia couldn’t go further. A member of the Georgian national team Nika Shishiashvili gave Novi Beograd a 7:3 in the last second of the first half. After the middle break, the hosts dominated and cruised to a 19:7 victory.